Washington DC is turning America into a cesspool of a third-world nation.

Texas officials are facing massive criticism for the catastrophic events in Texas, and deaths from the freeze and power outages as well as the water and food shortages that stemmed from said outages, yet new information shows that the Biden  administration refused a preemptive request from TX Governor Greg Abbott for a waiver to allow power generation facilities to operate at full capacity until the emergency passed.

The administration, ‘granted’ the request but the stipulations attached made it impossible to go over the federally mandated limit.

Biden’s agency refused Governor Abbott’s request and instead offered to allow certain power generation facilities a waiver if they raised the prices they charged to Texans to more than $1,500/MWh resulting in massive statewide power outages and a failure of the grid.

The explanation in the thread that provided this information about denying the request for the lifesaving waivers, states: “To put the DOE’s actions in context their demand that generators sell their additional capacity at $1500/MWh is like telling gas stations they can sell gas to consumers at $1500/gallon – it was a price so high it was basically saying, “no, you can’t increase capacity”

Not being an electricity expert, I will leave it for those better educated on MWh and output limitations, to provide commentary on this.

On page three of the actual letter (PDF here) it states in part:

• For any Generation Resource whose operator notifies ERCOT that the unit is offline or would need to go offline at any point before the end of the day on Friday, February 19, 2021, due to an emissions limit in any federal environmental permit, ERCOT may issue a Reliability Unit Commitment (RUC) instruction directing the unit operator to bring the unit online, or to keep the unit online, and to operate at the minimum level at which the Resource can be sustainably operated. If, at any time, operating the unit above this level would exceed any permitted limit, then the unit would be restricted to operate at that minimum level or the maximum output allowable under the permitted limit, whichever is higher, except during a declared EEA Level 2 event, in which case the unit operator would be allowed to make all of the unit’s capacity available to ERCOT for dispatch. This incremental amount of restricted capacity would be offered at a price no lower than $1,500/MWh.Once ERCOT declares that such an EEA Level 2 event has ended, the unit would be required to immediately return to operating at a level below the higher of its minimum operating level or the maximum output allowable under the permitted limit.

We have seen much criticism for Texas and the existence of their own grid, blaming the blackouts and deaths on a mishandling or inability to sustain power throughout what some are calling “Texageddon,” yet Texas is limited on output by the federal government which restricts the output allowable.

To top things off, after all that, when Texas requested and major disaster declaration that covered all 254 counties, Biden only signed off on a declaration for 77 counties.

President  [Occupier] Joe Biden declared a major disaster for 77 Texas counties, the White House said Saturday morning, two days after Gov. Greg Abbott had asked for a declaration that covered all 254 counties coping with the effects of a winter storm that knocked out power and heat across the state.

Almost as if Biden wants Texans to suffer. Are you feeling the “unity?” 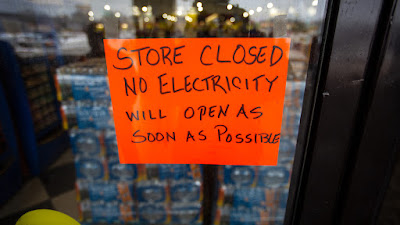 The data is starting to come in and we see that the green energy solutions that accounted for a significant amount of Texas’s power, failed spectacularly, and for a time, natural gas made up the difference, but the increased hit on natural gas generated electricity when the wind turbines froze and failed, soon overwhelmed that as well. 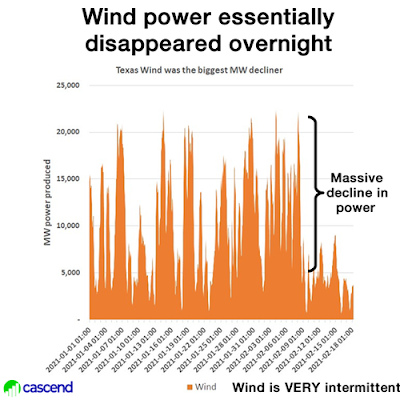 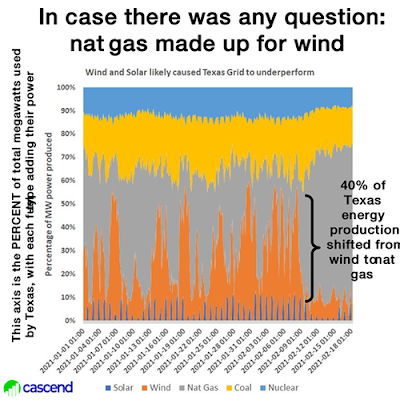 Fossil fuels saved countless lives in Texas. That is something the media and Democrats don’t want you to know.

The problem with the “climate change” proponents that constantly, and incorrectly, predicted the end of the world due to climate change, just to postpone the date of doom over and over again because their predictions never came true, is their “solutions” do not solve anything and have proven, in a very deadly way in Texas, the unreliability and limitations of green energy power.