‘This Was Just A Test Run, The Big Thing Has Yet To Come’

‘This Was Just A Test Run, The Big Thing Has Yet To Come’ By Stefan Stanford – All News Pipeline

– Joe Biden And Democrats Now Control The Internet Kill Switch – Imagine The Damage They Can Do! 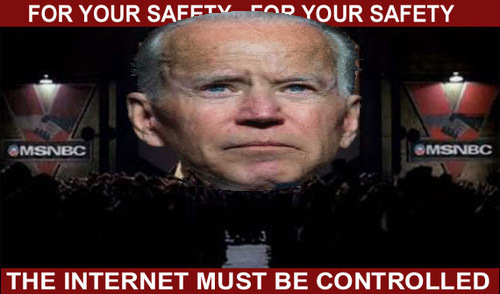 In the first video of this story embedded right below, videographer and cybersecurity expert Rob Braxman takes a look at a recent massive attack conducted upon internet encryption services, particular VPN’s, with VPN traffic throttled to the point it was near unusable. And as the top-voted comment on that video warned: “I bet it was just a test run…the big thing has yet to come…”

With Braxman telling us that basically in the first month+ of 2021, ‘the Great Firewall of the USA‘ was turned on, before being abruptly turned back off again, with the exact purpose of the action unknown, other commenters warned on the video of the future of the internet in America: “It’ll be like a point system for citizens…. with no internet if you have low points.” While a response to that comment was: “100% correct. I believe it will be much more than internet. Cell service, bank account, travel ability, etc”. And another commenter left a final ‘we told you so’ to the American people:

“Snowden and Assange tried to warn the world. Their reward? Banned and scolded by society.“

With Braxman also telling us that no party has stepped up to acknowledge that recent attack upon the internet, and with no one besides him stepping up to call and call out any ISP’s for their egregious action against privacy, we shouldn’t be the least bit surprised going forward about anything that happens to the internet, especially with ‘the globalist establishment’ seeking to become ‘techno-masters’ over us all as Susan Duclos warned in this February 18th ANP story.

With another excellent comment on Braxman’s video below being: “It sounds like a capability test ‘run’ to work out the bugs before mass insurrections begin. The Capital Insurrection spooked ’em. Welcome to 1984”, and another commenter warned: “The noose is tightening, the gates are closing”, this closing comment before we play the video was straight to the point:

“That has to be taken very seriously!!! Last events happening in USA are very scary. That’s how the communist governments work.”

So let’s take a look at this video from Braxman titled “The Great Firewall of…America?” before we continue.

As Susan Duclos had also warned on ANP back on December 14th in this story titled “Killing The Internet To Hide The Truth? Prepare For Them To Shut It All Down – Imagine Awakening To No Internet As Hacks, Censors And ‘Convenient’ Outages Are Increasing”, with censorship once again kicked into high gear across America as ‘big tech’ expands their ‘war upon truth’, what we have left is an entire nation of clueless dolts, ‘socially engineered’ by people like Mark Zuckerberg or Jack Dorsey.