The Bankers Are Sending Their First Message to the Reddit Raiders…

Wether the message below is the fantasy of some liberal leftist attempting to send shock waves through the reddit community, or it is in fact sincere, is of little consequence for this exercise.

Wallstreetbets & Redit users are after #Silver, The most shorted and Undervalued in History!!

Who? The bankers. The very people making the threats below. Fuck them. I pray they lose everything and if the banking systems, globally, collapse, GREAT. The bankers are the “unAmerican traitors” who work for their owners, the devil himself. 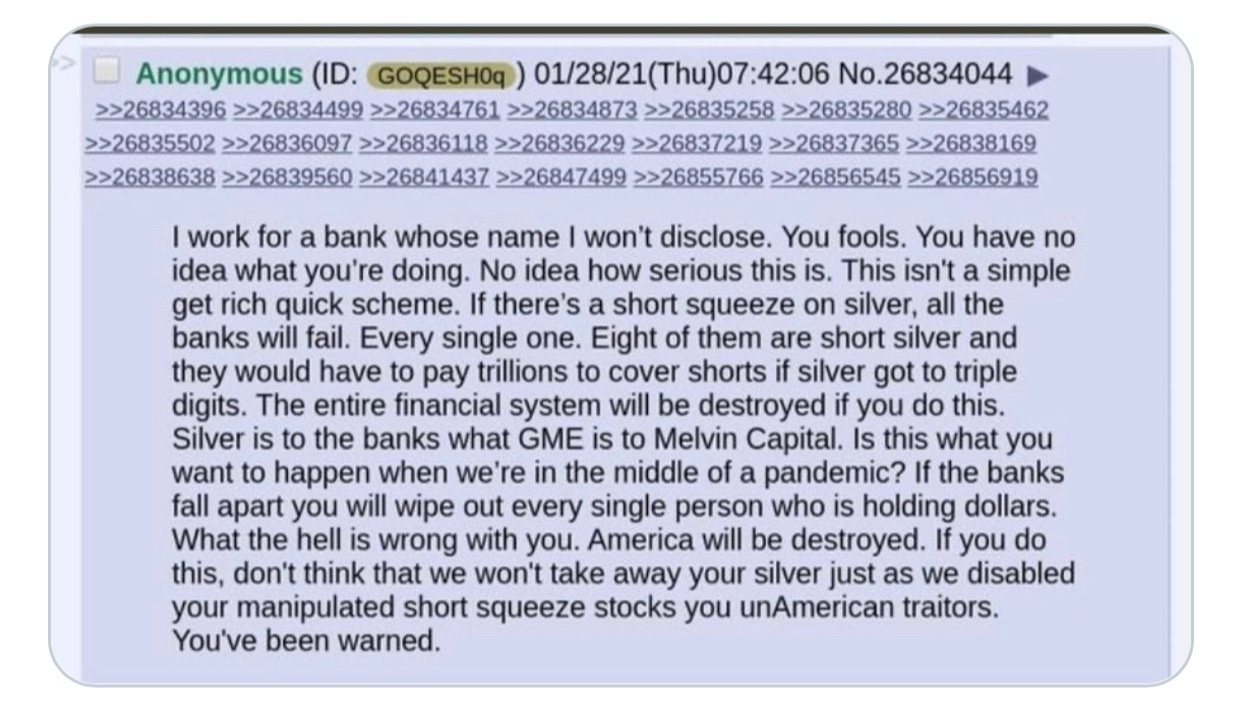