Joe Biden And The ‘New World Order’: This Is No ‘Conspiracy Theory’ – Back In 1992, Biden Authored A Paper For The US Senate Titled ‘On The Threshold Of The New World Order’

Joe Biden And The ‘New World Order’: This Is No ‘Conspiracy Theory’ – Back In 1992, Biden Authored A Paper For The US Senate Titled ‘On The Threshold Of The New World Order’ By Stefan Stanford – All News Pipeline

While according to Wikipedia and the ADL, the ‘New World Order’ (NWO) is a ‘conspiracy theory’ which hypothesizes a secretly emerging totalitarian world government, called by the ADL a ‘right-wing conspiracy theory’ while USA Today called it a ‘bogus claim made by white supremacist extremists’, we don’t have to look very far at all to prove that we’re being lied to.

With the USA Today story also attempting to ‘fact check’ the United Nations Agenda 21, a comprehensive plan of action to be taken globally, nationally and locally by organizations of the United Nations System, Governments, and Major Groups in every area in which human impacts on the environment according to the UN’s own website; as well as Agenda 2030, a program by the UN to ‘transform the world for sustainable development’, all we need to do is look back to 1992 and the piece below written by none other than Joe Biden to see the ‘new world order’ is no ‘conspiracy theory’. You can expand the document below to see in bigger print.

While according to US Senator Mitch McConnell, Joe Biden took several big steps in the wrong direction in his first full day in office after he signed 17 new Executive Orders attempting to fully ‘cancel’ President Trump and his ‘America-first’ agenda, with McConnell claiming Biden was ‘sacrificing our people’s livelihoods to liberal symbolism’, none of us should be surprised by Biden’s moves, which also put other country’s ahead of the American people.

As the top-rated comment on that story pointed out, “China Joe signed 12 executive orders today and not one helped American citizens. China, Iran, and the D.C. Swamp first, America last.” With another one of the top-rated comments pointing out “Six of the seventeen dealt with immigration. Over one third were for non-citizens of our country. Well done”, will the American taxpayer continue to fund globalism and the Democrats ‘pet projects‘, such as mass immigration into America, into the future?

With Democrats more than happy to turn all of America into a dumpster fire as the Burning Platform reports in this new story, transforming our entire nation into what Democrat-run cities all across America already look like, just imagine if the ‘conspiracy theorists’ who are warning of a totalitarian ‘new world order’ global government are right? From the ADL which treats the ‘NWO’ as merely a ‘conspiracy theory’ that was ‘dreamed up’ by ‘radical right wing extremists’:

A term used to refer to a right-wing conspiracy theory that became popular among anti-government extremists from the 1990s onwards. “New World Order” conspiracists believe that a tyrannical, socialist “one-world” conspiracy has already taken over most of the planet and schemes to eliminate the last bastion of freedom, the United States, with the help of collaborators within the government.

Through repressive measures, as well as manufactured crises such as terrorist attacks and pandemics, the globalist conspirators seek to eliminate dissent and to disarm Americans so that the “New World Order” can move in and enslave them. “New World Order” conspiracists also commonly believe that hundreds of concentration camps have been built in the U.S., ready to house dissenters; that the government will declare martial law, possibly on a pretext such as responding to a terrorist attack; and that the government will engage in mass gun confiscations.

Yet that is nearly exactly what we’ve been witnessing over the past several decades with moves here in America being made by politicians of both parties and by ‘the deep state’ to whittle away at freedom, the US Constitution and the Bill of Rights. With the establishment of a surveillance state not only on par with China’s but as totalitarian as any we’ve seen in history and Joe Biden and Democrats now talking about taking away Americans guns, the next ‘false flag’ allowing them to push legislation to do just that is likely just around the corner. 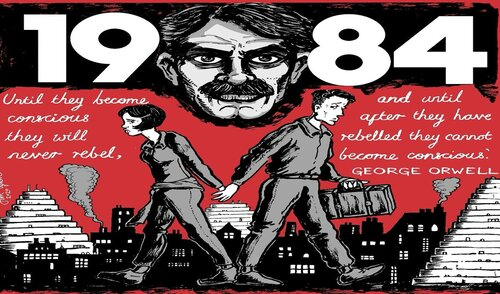 With far-left Democrats making it clear that they hold no love for Joe Biden as Susan Duclos had reported in this story at ANP titled “Antifa Bootlickers In The Biden Administration, Establishment Media, And The Whole Democrat Party Have A Problem: Their Creation Has Already Turned Against Them”, and President Trump supporters across the country making it clear that ‘Joe Biden will never be our president’, it’d be easy to argue that Biden has the support of less than 1/3 of the country, with it already having been established that one out of every 3 Americans believe Biden cheated and is therefore, an ‘illegitimate president’.