Fair is Foul and Foul is Fair: Hover Through the Fog and Filthy Air

Fair is Foul and Foul is Fair: Hover Through the Fog and Filthy Air By Doug “Uncola” Lynn via TheBurningPlatform.com

The title of this piece was recited by The Three Witches in Shakespeare’s “Macbeth” and the photo symbolizes America’s recent history and the desired destiny for a large percentage of the nation’s voters:  An arrogant political leftist infiltrator, while donning the horns of Baphomet, holding a bullhorn in his left hand and an American flag subdued under his right fist.  It is the vision of Janus in transition, the two-faced god simultaneously seeing forward and backward; future and past.

Over the past two years, I have written multiple articles regarding episodes playing out on the national stage; and nearly every piece expressed my unease at the “movie-of-the-week”, or “reality television” vibe that accompanied those media narratives.  The episodes seemed so scripted…. so perfectly… contrived.

The recent “Stop the Steal” rally in Washington D.C. unwound in a similar, seemingly scripted, fashion.  Just like the election fraud that took place months earlier that was predicted by both President Trump and Vice President Pence many months before November 3, 2020, so was the potential for violence, and ANTIFA infiltration, predicted by AM radio hosts and other political commenters prior to the rally on January 6, 2021.

So here’s an interesting question:  Could anyone have scripted the events of the first week of the New Year that would have left Trump supporters more shamed, scorned, and deflated than they are now? And that’s the point: The outcomes are too perfect for the political left- right down to the predictable and exact 51% Democrat / 49% Republican split in the two Georgia senate run-off races the day prior. 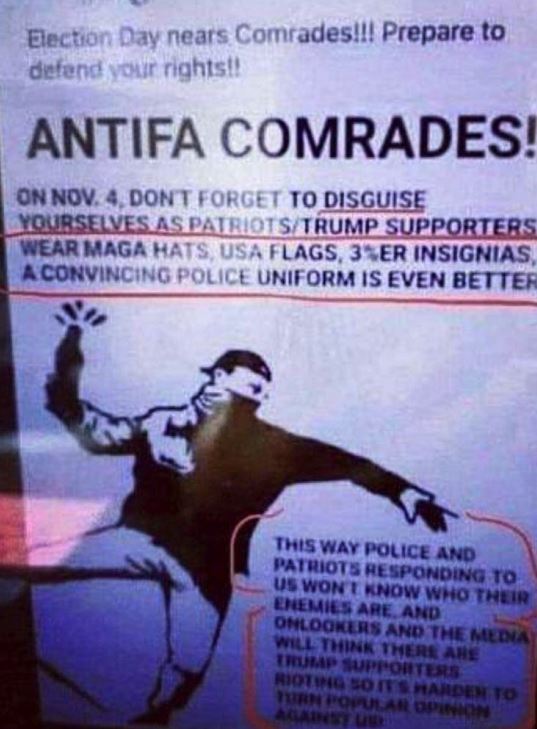 Truly, we’ve now witnessed the magic spell of The Borg; and it is quite something to behold.

Throughout history, there has been a chaotic cadence to connected occurrences but, especially now, as the new normal winds out like clockwork. The timing and sequence of events was never going to change and The Borg could care less whether or not we now see the full scale of its deception and corruption.

I am reminded of certain Bible stories describing time periods where the devil was allowed to run riot. For example, when Old Testament nations were judged harshly by other tribes, or after the death of Jesus and the Apostles were left abandoned, scattered, and hiding in the dark.  Of course, Trump has proven to be no savior, so far.  And, yet, the legend of his example in the tide of time remains a valid comparison; beneath blue skies or gray.

There are lessons to be learned about hope. The tyrannical President Snow in the dystopian Hunger Games stories utilized it as follows:

“Hope, it is the only thing stronger than fear. A little hope is effective, a lot of hope is dangerous. A spark is fine, as long as it’s contained.”

And was that not the story of Trump?  A little hope, always just ahead, or around the corner, until the clock ran out.  Unfortunately, or fortunately, depending upon one’s mindset, Christians still have their hope.  So that makes them dangerous to The Borg because many Christians believe rebellion to tyrants is obedience to God:

You were bought at a price; do not become slaves of men.

“Those who will not be governed by God will be ruled by tyrants.”

Even now, there are those who believe Trump will pull the trigger on his last remaining option to save the republic: Executive Order 13848– and that is the real reason why the Democrats are in such a hurry to impeach the president and remove him from office before Inauguration Day.  If Trump were to light that fuse, it would have global consequences and, quite possibly, square off nations such as China, Russia, and Israel, and, especially, in light of the perceived forthcoming fall-out  from a Biden/Harris administration.