Stock Market Frenzy: Ride the bandwagon but be sure to take along some gold coins

Stock Market Frenzy: Ride the bandwagon but be sure to take along some gold coins by Michael J. Kosares USA Gold for Gold Seek

What is it with billionaires and gold?

When billionaire Sam Zell warned at the end of December that the dollar’s status as the world’s principal reserve currency was in jeopardy, it nudged something in the back of the mind about the number of billionaires over the past year who issued similar warnings. The wealthiest among us, it seems, are also the most vocal and proactive about the dangers they see dead ahead. Meanwhile, the unschooled masses utilize online investment portals from Robinhood to Schwab to dash headlong into the most wildly overvalued stock market in history.

In a recent MarketWatch interview, Charlie Munger, another billionaire and Warren Buffett’s business partner called the current stock market frenzy “the most dramatic thing that’s almost ever happened in the entire world history of finance.” He believes that “we’re in very uncharted waters. Nobody has gotten by with the kind of money printing now for a very extended period without some kind of trouble. We’re very near the edge of playing with fire.” Ray Dalio, who heads up the world’s largest hedge fund (Bridgewater Securities) and another billionaire, believes that the world is likely to change in “shocking ways” over the next five years, including a loss of faith in the U.S. dollar: “Within the next five years you could see a situation in which foreigners who have been lending money to the United States won’t want to.”

Other billionaires with a similar mindset include Leon Copperman, Jimmy Rogers, Thomas Kaplan, Mohammed El-Erian, John Paulson, Jeff Gundlach, David Einhorn, Frank Giustra, Naguib Sawiris, Jacob Rothschild, and Paul Tudor Jones – to name a few. Each, to a man, has expressed concern about the future of the dollar and publicly advocated gold ownership as a portfolio countermeasure. Even Charlie Munger, who previously had nothing but disdain for the metal, purchased a stake in Barrick Gold Corporation, the world’s largest gold mining company, through his Berkshire Hathaway fund.

This time around, no one will be able to say that they weren’t warned or that they didn’t see it coming. A long-list of the best and brightest in the financial world have issued their warnings, and it is becoming increasingly apparent that the super-rich are hoarding gold bullion. We return to a report in Financial Times featured in this newsletter back in November about Swiss money managers advising their clients to “stay in the stock market but build hedges.” In short, if you are going to ride the stock market bandwagon, be sure to take along some gold coins. 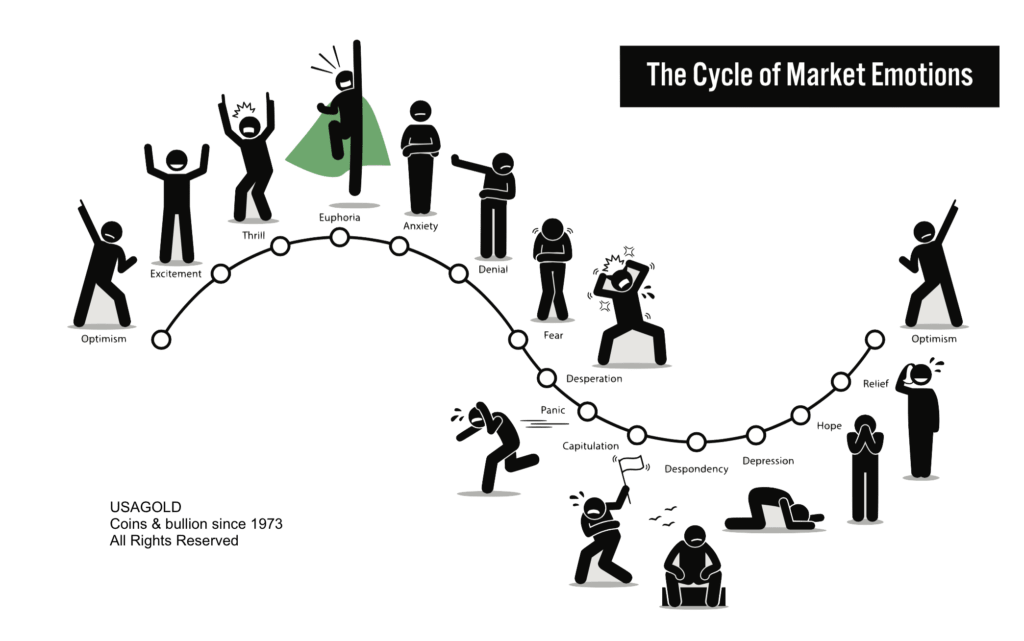 GOLD: Where-to in 2021?
With a few exceptions, the big banks are bullish.

Amidst an election and a pandemic, gold turned in its best year since 2010, rising over 24% and ending with a Santa Claus rally that took it right at the $1900 mark. What, though, might we expect for the rest of 2021?  By and large, the experts profess an unusually strong and unified bias toward higher prices with opinions ranging from $1600 per ounce on the low side to one decidedly bullish big bank predicting a $2500 price on the high side. As you can see in the chart below, gold has posted gains in sixteen of the last twenty years – a formidable record by any standard. Big institutions are typically conservative in their predictions and often adjust their forecasts as circumstances change.