With COVID-related hospitalizations on the rise, but with little to no data demonstrating that shutdowns actually help slow the spread of the virus, Austin Mayor Steve Adler (D) has ordered a partial restaurant and bar shutdown across the New Year’s holiday in the city.

Violation is a criminal offense to not exceed $1,000 fine @KXAN_News https://t.co/jCpkf5WFrR

If shutdowns worked, California would be in the COVID catbird seat. It’s one of the nation’s most shut down states, with 47 counties on stay-at-home shutdown. But the San Francisco Chroniclesays California has the worst COVID surge in the nation, by far. It’s considering rationing healthcare because its COVID surge is so strong.

Florida, meanwhile, is far more open, and is suffering much less of a COVID surge.

The wisdom of shutdowns is scientifically questionable, and economically ruinous. 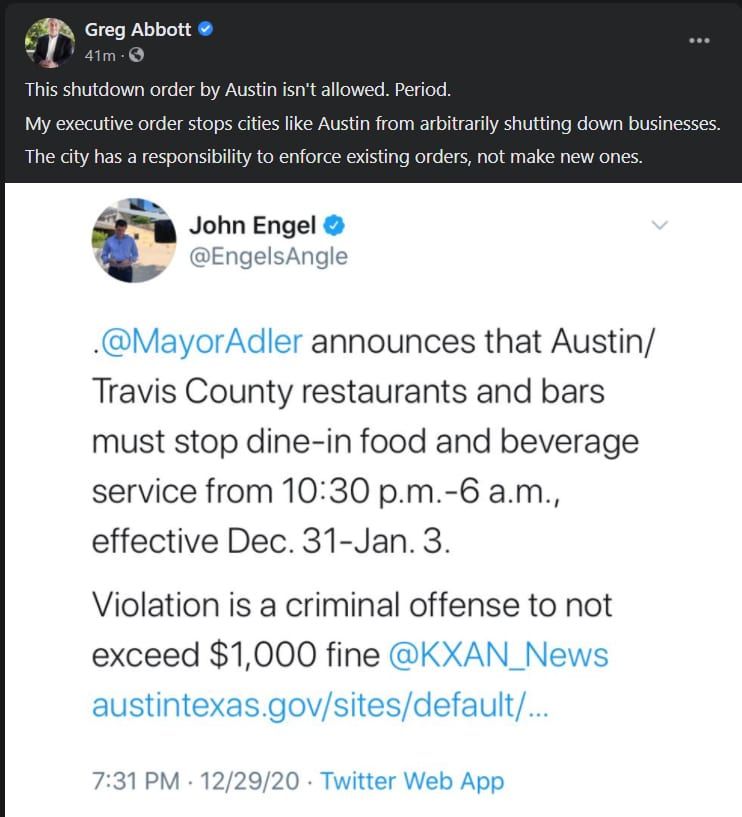 Cities exist because states allow them to. 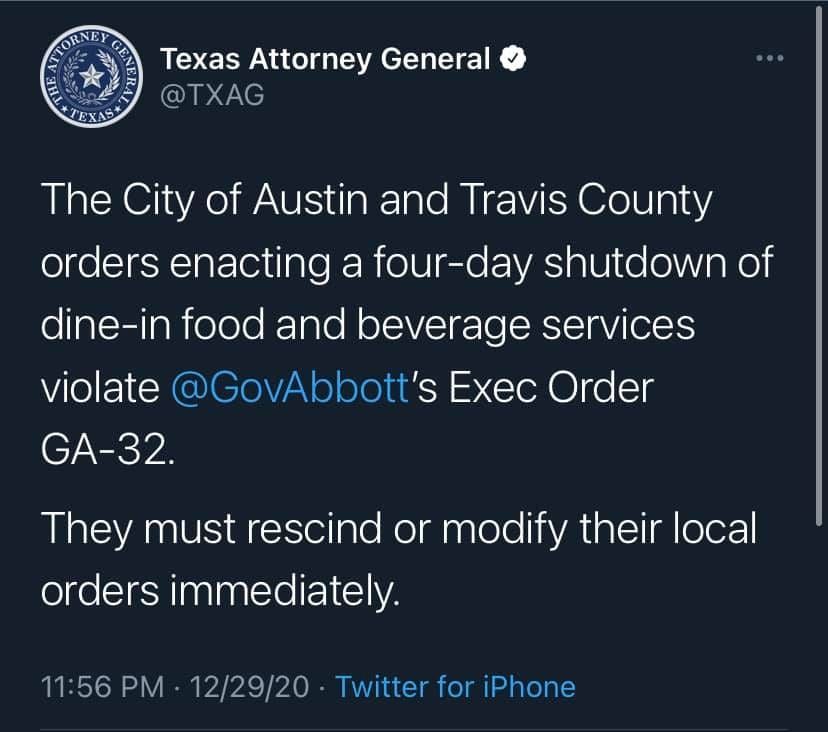 Mayor Adler has yet to comply, or even react, to that.

Making violations a “criminal offense” is an ironic touch. Adler led the defunding of Austin’s police back in August. That led to a demoralization of the police force and a very high rate of attrition from it. More are expected to leave once Adler’s cuts take force in January.