Awakening this morning to reports of possible Christmas terrorism on US soil after a massive explosion in Nashville, Tennessee was claimed by police to have been intentional, we couldn’t help but notice just how many ‘explosive events’ have happened within the last week alone.

With the Baltimore Gas and Electric building in Baltimore, Maryland suffering a massive explosion on Wednesday that injured at least 21 people, and that explosion following by just days an unexplained explosion and fire that destroyed the world’s second largest pharmaceutical factory producing precursors for hydroxychloroquine in Taiwan, those 3 explosions within a week could be looked at as signs we should all be prepared for an ‘explosive’ 2021 in the year ahead.

And while at this moment we have no way of connecting these explosions, so spread out they’ve been across America and the world, as the American Thinker reported in this December 23rd story, just as the medical establishment in the U.S. was relaxing its absurd and lethal suppression of the cheap, generic drug hydroxychloroquine (HCQ), it’s availability has taken a massive hit following the massive explosion and fire destroyed in Taiwan at that pharma plant. Was it, too, intentional? From this American Thinker story before we continue.:

An explosion at a pharmaceutical factory in Taoyuan City left two injured and caused a fire early this afternoon, December 20.

People as far as Tamsui District in New Taipei City reported hearing the massive blast shortly after noon. Immediately after the blast, thick black smoke could be seen pouring out of the SCI Pharmtech factory. (snip)

The cause of the explosion is currently under investigation.

The Taipei Times reports that company spokesmen state, “[I]t would take at least six months to rebuild the plant, as most production lines were damaged by the fire[.]”

Supplies may be tight, as the SCI Pharmtech had already expanded production and sales of HCQ APIs to meet growing demand:

The company reported cumulative revenue of NT$2.61 billion in the first 11 months of this year, up 18.19 percent from NT$2.21 billion in the same period last year, thanks to steady shipments of APIs for hydroxychloroquine.

The cause of the fire is under investigation. Given the explosive character of some of the ingredients, there may well be a perfectly innocent explanation for the fire. But a six-month delay in resuming production may delay HCQ supplies to early stage COVID-19 patients, who could otherwise treat their affliction with it, combined with zinc and an antibiotic like azithromycin. 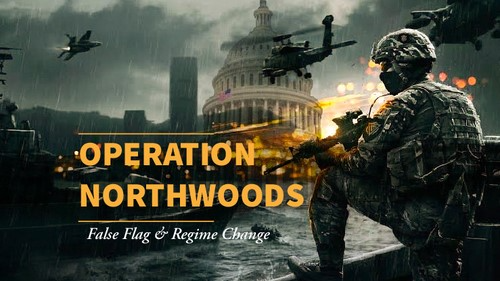 And what of these other explosions within the past week alone, when prior to this ‘series’ of explosions, we’ve barely heard a peep about any explosions in the news over the past 4 years except for the Austin, Texas bombings of 2018? While all of these explosions could definitely be just ‘coincidences’, the timing of them all, especially considering everything else now happening in the world, definitely seems concerning.

With the BG&E building in Baltimore not only the home to one of the biggest energy companies in the United States but on the National Register of Historic Places, and the explosion in Nashville also happening in a business district near Commerce Street and leading to massive fears of further explosions as police warn of more bombs in vehicles, we should remember the 1970’s bombings by the radical leftist group the Weather Underground and their overall goal of: achieving “the destruction of U.S. imperialism and forming a classless, communist world.”

And while Antifa has also threatened to bomb federal buildings here in America over the past year while putting the names of President Trump supporters onto a ‘list’, threatening ‘retaliation’ if President Trump doesn’t ‘concede’, we should also all remember ‘Operation Northwoods’ from decades ago and the ‘deep state’ plans to bomb US cities and targets, blaming the bombings on the Cuban government, and using it to justify a war against Cuba.