What If Everything We’ve Been Told About Recent History Is a Lie?

What If Everything We’ve Been Told About Recent History Is a Lie? by Chuck Baldwin – Russia-Insider

“Behind the War on Terror is a strategic plan crafted decades in advance to redraw the map of the Middle East. 9/11 was a false-flag operation blamed on Muslims …” 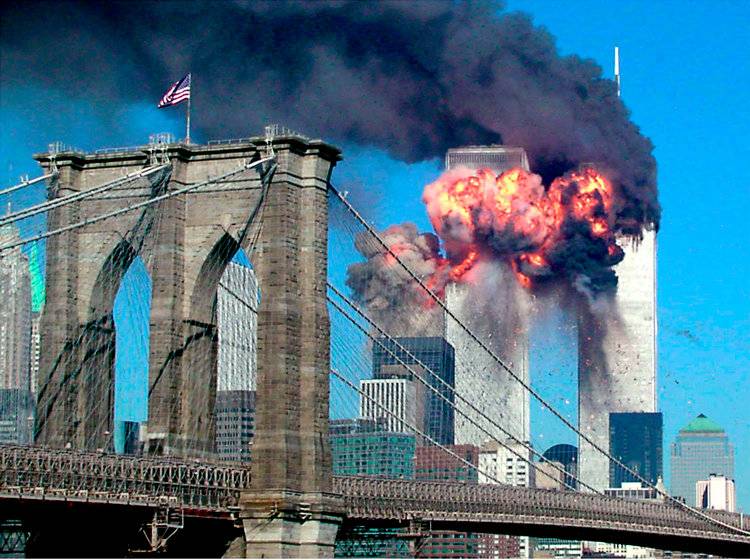 What if the 17-year-old, never-ending “War on Terror” in the Middle East is a lie? What if our young soldiers, sailors, airmen and Marines who have given their lives in America’s “War on Terror” died for a lie? What if G.W. Bush, Barack Obama and Donald Trump have been nothing but controlled toadies for an international global conspiracy that hatched the attacks of 9/11 as nothing more than a means to institute a perpetual “War on Terror” for purposes that have nothing to do with America’s national security? Would the American people want to know? Would the truth even matter to them?

The sad reality is that the vast majority of Americans who would read the above paragraph would totally dismiss every question I raised as being unrealistic and impossible—or even nutty. Why is that? Have they studied and researched the questions? No. Have they given any serious thought to the questions? No. They have simply swallowed the government/mainstream media version of these events hook, line and sinker.

It is totally amazing to me that the same people who say they don’t believe the mainstream media (MSM) and government (Deep State) versions of current events—which is why they voted for and love Donald Trump—have absolutely no reservations about accepting the official story that the 9/11 attacks were the work of jihadist Muslims and that America’s “War on Terror” is completely legitimate.

These “always Trumpers” are dead set in their minds that America is at war with Islam; that Trump’s bombings of Syria were because President Assad is an evil, maniacal monster who gassed his own people; and that Trump’s expansion of the war in Afghanistan is totally in the interests of America’s national security.

BUT WHAT IF ALL OF IT IS A BIG, FAT LIE?

What if the Muslims had NOTHING to do with 9/11?

What if Bashar al-Assad did NOT gas his own people?

What if America’s “War on Terror” is a completely false, manufactured, made-up deception?

What if America’s military forces are mostly fighting for foreign agendas and NOT for America’s national security or even our national interests?

What if America’s war in Afghanistan is a fraud?

What if the entire “War on Terror” is a fraud?

But who cares? Who even notices?

America is engaged in a global “War on Terror.” Just ask G.W. Bush, Barack Obama, Donald Trump, ABC, CBS, NBC, CNN, FOX News, The Washington Post, the New York Times and the vast majority of America’s pastors and preachers. They all tell us the same thing seven days a week, twenty-four hours a day. Liberals scream against Trump, and conservatives scream against Maxine Waters; but both sides come together to support America’s never-ending “War on Terror.”