London in a State of Panic

Boris Johnson is DELIBERATELY trying to destroy the British economy so he can “Build Back Better” following the course of Bill Gates and Klaus Schwab. The objective is plainly to destroy as much employment as possible and that will then push the people into accepting this new world order for they will starve to death if they do not accept his payments of Guaranteed Basic Income. His offer to retrain people is proof that he absolutely knows what he is doing – destroy the economy to make it Green without ever allowing the people to vote on such a major change. The people are just the herd of the Great Unwashed unworthy of having any say in their own future.

Unfortunately, if the politicians do not call for a NO CONFIDENCE VOTE and overthrow this government or the people do not rise up and force them to do so, then Boris, Gates, and Schwab win. There will be no economy to return to and thus it is checkmate – the end of Britain as a financial center and the end of freedom. All for a disease with a better than a 99% survival rate including Boris himself. 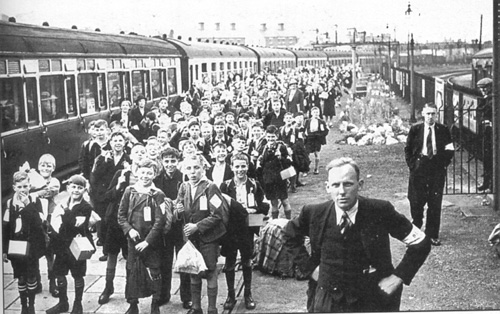 Boris has created a massive panic evacuation of London because of his decree for a total lockdown. Such a panic evacuation has not been seen since 1939. If the politicians do not defend the people and the country, there will be NOTHING left to ever return to. This is a deliberate plan and the longer people allow this to take place, the greater the chance they will lose their country.