As we have previously detailed, state after state has initiated new sets of lockdowns, mandatory and arbitrary orders about who people can, and cannot, have over for the Thanksgiving and Christmas holidays, and in some cases, disallowing any Thanksgiving visitors at all (Washington State), with the threat of sending law enforcement to private homes to enforce their mandates. (Oregon)

Governor Kate Brown issued a Statewide two-week “FREEZE” or another round of COVID lockdowns that includes some interesting new restrictions.

Governor Brown stated this time, law enforcement will be utilized to enforce her edict/restrictions which go into effect November 18.

Brown stated that she has directed the Oregon State police (OSP) to begin coordinating with local law enforcement agencies to police the restrictions on in-home gatherings that violate the six-person limit. She added, potential violators could be subject to arrest or cited.

Amazingly the majority of the nation is simply laying down for these restrictions, or as a reader recently called it, “compliance training,” and are revisiting “panic shopping.”

We have previously reported how grocery stores and other establishments that sell food, cleaning supplies and paper goods, were stockpiling, and creating “pandemic pallets” so they wouldn’t get caught flat-footed again when the panic buying began for round two of the lockdowns.

Considering those same stores hadn’t completely recovered from round one, those with half a brain cell left would have understood there was no way these businesses could keep their shelves fully stocked should another round of panic shopping begin.

As stores start to feel the strain again, we are starting to receive emailed images of store shelves beginning to look a little bare again, and expect to see many more hitting our inbox as the problem exacerbates.

Note: Images can be sent to [email protected] or either of the email addresses on our contact page. Please put “shortages” in the subject line, and if possible, maybe the state they are coming from.

The first of the images came in on November 12, 2020, no state mentioned in the email, just a note saying “Spam doesn’t even have a full slot anymore.” 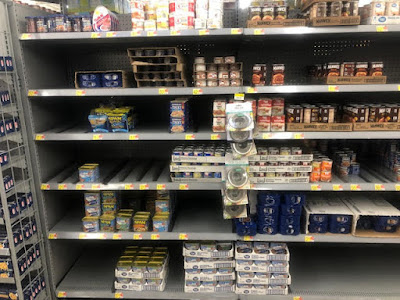 I am assuming the second image from the same reader is from a different store, because the “spam” and other items are in a  different place, and the shelves while having holes in them, are not as stripped as the original image sent. 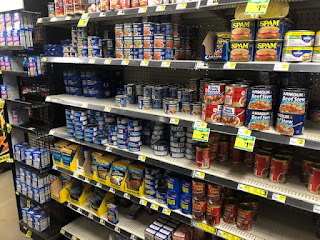 The next image came to us on November 17, 2020, from the Poteau Oklahoma Walmart. The paper towel section is not even half full, while the toilet paper section still has products but it is clear they are not able to restock as fast as they should. 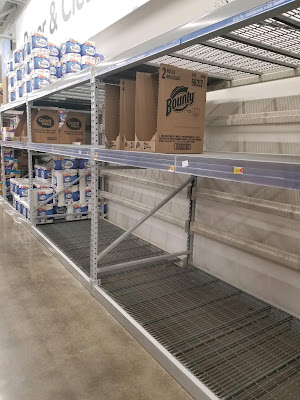 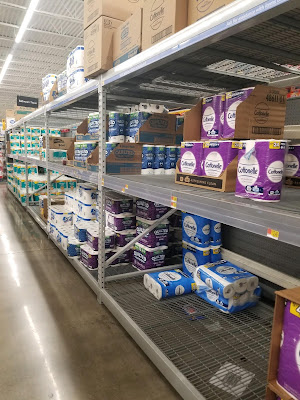 ANP does have a Still/Back in stock page, updated weekly, removing items that have become unavailable and replacing them with products that are in or back in stock.

The items listed below are just the ones reportedly and visibly flying off the shelves faster than the rest.

Unfortunately, once again, not having learned from the last time, people seem more worried about paper towels, cleaning supplies and toilet paper than they do foods, so the instore shortages are starting with those products.