Covid-19 And The Democrat-Inspired Social Chaos Across America

For the past several years dating all the way back to October of 2014, All News Pipeline has been reporting upon the mysterious website Deagel.com and their ‘forecast’ for ‘2025 America’ that shows our country looking like a completely different nation, with our current population of 327 million people whittled down to a mere 99 million+ by then and forecasts of our economy completely shattered. And now we learn that Deagel has updated their forecast to include the world’s 1st all-out nuclear war ahead of us.

While called ‘conspiracy theory’ by leftists and the mainstream media, Deagel is nothing such with it being a website that has long-compiled numbers, facts and news reports upon military equipment purchased by nations all across the world, using sources such asthe CIA, US Department of State and Department of Defense along with the European Union and the World Bank to compile their reports.

And while dating back to 2014, Deagel has warned “a confluence of crisis” would bring about “a devastating outcome” to America that would not only shatter our economy and help transform our country into something looking like a 3rd world nation but bring about the deaths and ‘re-locations’ of Americans on a mass scale, a newly published warning from Deagel gives us a very important update to their forecast, taking covid-19 and nuclear war into account. So first, this extended and very important warning from Deagel before we continue.:

In 2014 we published a disclaimer about the forecast. In six years the scenario has changed dramatically. This new disclaimer is meant to single out the situation from 2020 onwards. Taking about the United States and the European Union as separated entities no longer makes sense. Both are the Western block, keep printing money and will share the same fate.

After COVID we can draw two major conclusions:

1) The Western world success model has been built over societies with no resilience that can barely withstand any hardship, even a low intensity one. It was assumed but we got the full confirmation beyond any doubt.

2) The COVID crisis will be used to extend the life of this dying economic system through the so called Great Reset.

The Great Reset; like the climate change, extinction rebellion, planetary crisis, green revolution, shale oil (…) hoaxes promoted by the system; is another attempt to slow down dramatically the consumption of natural resources and therefore extend the lifetime of the current system. It can be effective for awhile but finally won’t address the bottom-line problem and will only delay the inevitable. The core ruling elites hope to stay in power which is in effect the only thing that really worries them.

The collapse of the Western financial system – and ultimately the Western civilization – has been the major driver in the forecast along with a confluence of crisis with a devastating outcome. As COVID has proven Western societies embracing multiculturalism and extreme liberalism are unable to deal with any real hardship. The Spanish flu one century ago represented the death of 40-50 million people. Today the world’s population is four times greater with air travel in full swing which is by definition a super spreader. The death casualties in today’s World would represent 160 to 200 million in relative terms but more likely 300-400 million taking into consideration the air travel factor that did not exist one century ago. So far, COVID death toll is roughly 1 million people. It is quite likely that the economic crisis due to the lockdowns will cause more deaths than the virus worldwide.

The Soviet system was less able to deliver goodies to the people than the Western one. Nevertheless Soviet society was more compact and resilient under an authoritarian regime. That in mind, the collapse of the Soviet system wiped out 10 percent of the population. The stark reality of diverse and multicultural Western societies is that a collapse will have a toll of 50 to 80 percent depending on several factors but in general terms the most diverse, multicultural, indebted and wealthy (highest standard of living) will suffer the highest toll. The only glue that keeps united such aberrant collage from falling apart is overconsumption with heavy doses of bottomless degeneracy disguised as virtue. Nevertheless the widespread censorship, hate laws and contradictory signals mean that even that glue is not working any more. Not everybody has to die migration can also play a positive role in this.

We expected this situation to unfold and actually is unfolding right now with the November election triggering a major bomb if Trump is re-elected. If Biden is elected there will very bad consequences as well. There is a lot of bad blood in the Western societies and the protests, demonstrations, rioting and looting are only the first symptoms of what is coming. However a new trend is taking place overshadowing this one.

The situation between the three great powers has changed dramatically. The only relevant achievement of the Western powers during the past decade has been the formation of a strategic alliance, both military and economic, between Russia and China. Right now the potential partnership between Russia and the European Union (EU) is dead with Russia turning definitively towards China. That was from the beginning the most likely outcome. Airbus never tried to establish a real partnership but rather a strategy to fade away the Russian aerospace industry. Actually Russia and China have formed a new alliance to build a long haul airliner. Western Europe (not to mention the United States) was never interested in the development of Russia or forming anything other than a master slave relationship with Russia providing raw materials and toeing the line of the West. It was clear then and today is a fact.

Russia has been preparing for a major war since 2008 and China has been increasing her military capabilities for the last 20 years. Today China is not a second tier power compared with the United States. Both in military and economic terms China is at the same level and in some specific areas are far ahead. In the domain of high-tech 5G has been a success in the commercial realm but the Type 055 destroyer is also another breakthrough with the US gaining a similar capability (DDG 51 Flight IIII) by mid of this decade (more likely by 2030). Nanchang, the lead ship of the Type 055 class, was commissioned amid the pandemic and lockdown in China.

Six years ago the likelihood of a major war was tiny. Since then it has grown steadily and dramatically and today is by far the most likely major event in the 2020s. The ultimate conflict can come from two ways. A conventional conflict involving at least two major powers that escalates into an open nuclear war. A second scenario is possible in the 2025-2030 timeframe.

Another particularity of the Western system is that its individuals have been brainwashed to the point that the majority accept their moral high ground and technological edge as a given. This has given the rise of the supremacy of the emotional arguments over the rational ones which are ignored or deprecated. That mindset can play a key role in the upcoming catastrophic events. At least in the Soviet system the silent majority of the people were aware of the fallacies they were fed up. We can see the United States claims about G5 being stolen from them by China or hypersonic technology being stolen by Russia as the evidence that the Western elites are also infected by that hubris. Over the next decade it will become obvious that the West is falling behind the Russia-China block and the malaise might grow into desperation. Going to war might seem a quick and easy solution to restore the lost hegemony to finally find them into a France 1940 moment. Back then France did not have nuclear weapons to turn a defeat into a victory. The West might try that swap because the unpleasant prospect of not being Mars and Venus but rather a bully and his dirty bitch running away in fear while the rest of the world is laughing at them.

If there is not a dramatic change of course the world is going to witness the first nuclear war. The Western block collapse may come before, during or after the war. It does not matter. A nuclear war is a game with billions of casualties and the collapse plays in the hundreds of millions. 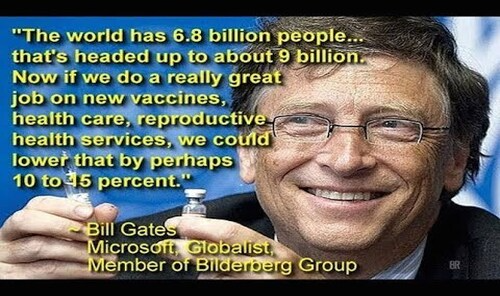 And with Deagel’s forecasts dating back several years also warning that other ‘western nations’ including the UK, France, Spain, Italy, Australia, Greece, Netherlands, Canada, Sweden, Switzerland and Norway would experience a decline in their populations hinting that the Western-world was under some kind of ‘depopulation attack’, it’s not just a coincidence that many of those nations have already fallen to ‘covid-19 tyranny’.