Would You Help Liberal Family Or Friends That Are Completely Unable To Help You Survive The Aftermath Of Disaster?

Would You Help Liberal Family Or Friends That Are Completely Unable To Help You Survive The Aftermath Of Disaster? By Susan Duclos – All News PipeLine

“When the serious SHTF, will you allow in/help family members who have unrepentantly championed the Liberal side?” – OneNationUnderGod comment, October 14, 2020.

Many would look at that question and think it is harsh, because as human beings, wouldn’t we want to help others less prepared they would ask, but there is far more nuance to this issue.

For example: Should the SHTF scenario be from something society is responsible for instead of a weather event or natural disaster, would far left liberals be an attribute or a hindrance in survival situations and the rebuilding of a nation?

Some would think that is a mighty cold way of looking at this issue, but those are most likely people that still do not understand what it will take to rebuild and replenish an entire nation. 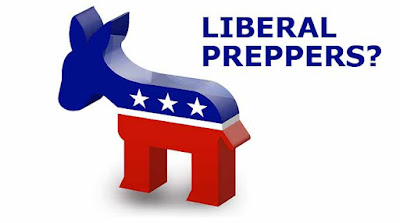 THE POLITICS OF PREPPING

When one thinks about prepping and preppers, meaning individuals that prepare for any potential pitfall or disaster that may come at them by stocking up on food, water and other basic necessities, politics are generally left out of the public conversation because once the SHTF (Sh*t Hits The Fan), it is truly doubtful that we will see ‘politics as usual” for a very long time as people will be too busy trying to survive whatever event happened.

With that said, when we hear the reference to preppers, one automatically seems to lean towards the “preppers are conservatives” mindset rather than thinking preppers lean towards a liberal mindset.

Conservatives aren’t the only ones that automatically think “right-wing” when discussing the prepping movement. In the recent past, media outlets, and others speaking about the prepper movement always linked it to the “right-wing,” with most treating prepping as if it was practiced by “paranoid,” “radical” “anti-government” conservative right-wingers.

Sapiens, 2018: “Preppers are often portrayed as doomsday-obsessed, right-wing, anti-government extremists who want nothing more than to wade into an apocalypse with guns blazing in an effort to protect their families and ideology. Television shows like the National Geographic channel’s Doomsday Preppers perpetuate these stereotypes.”

The Guardian, 2020: “We mocked preppers and survivalists – until the pandemic hit.”

Ain’t that the truth. All of a sudden the media who had mocked, derided, and told their audiences that those paranoid right-wing preppers were all conspiracy theorists, changed . The terminology also changed and the words paranoid and conspiracy no longer is used to described those that prepare for an emergency.

The thing is, we still don’t see a whole lot of Democrats/liberals talking about prepping, at least no more than panic shopping for toilet paper before they even considered food, and there are reasons for that. 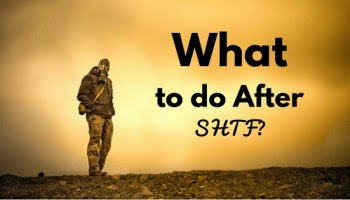 WHY LIBERALISM IS INHERENTLY ANTI-PREPPER/SURVIVAL

There are a number of conservative stances that automatically lean into the prepper mindset, just as there are a large number of liberal stances that lead us to believe they simply do not have a survivalist attitude.

Preppers are huge Second Amendment supporters by and large, because they understand that in a SHTF scenario, weapons allow them to defend and protect home, family and stockpiles. So weapons can be the difference between life and death.

Republicans/Conservatives are known for being very supportive of the Second Amendment.

Democrats/Liberals are known for their constant push for gun control, banning weapons or larger capacity magazines, and gun free zones, just to name a few of their polices that are inherently anti-prepper/survivalist.