Waiting on New Stimulus By David Brady for Sprott Money

Remember the trade war between the U.S. and China? Recall how the markets would swoon when tensions escalated and then rebound when a phone call was scheduled or Trump said he liked Xi? Seems a lot like the debate on stimulus these days, except Trump’s counterpart this time around is the Democrats. Tell me if this doesn’t sound reminiscent of the trade war, which is still ongoing by the way:

The point being that the primary driver of markets these days is clearly the prospect of new fiscal and monetary stimulus (and when it is going to happen).

This should come as no surprise, because the primary reason for the entire rally in stocks, bonds, and precious metals since the March lows was stimulus, also known as liquidity. Then in July, the Fed slashed monetary stimulus, and in August, fiscal stimulus expired. Now everyone is waiting for the next round of stimulus, which promises to be massive.

The problem is that we have the elections in November, and although it doesn’t matter who wins from a financial perspective—we’ll get stimulus whoever is the President—the process to determine who is officially the next Commander-in-Chief could be extremely contentious, drag on for weeks or months, and ultimately cause social unrest or even civil war. All of which could delay stimulus until December, perhaps even January. Given the spread of new lockdowns, this could trigger a risk-off response in stocks and precious metals as well as a rally in the dollar. I would argue that it has already begun. The question is how low we could get in stocks and precious metals and how high in the dollar.

But let me be clear, I believe additional stimulus is inevitable, it’s just a question of when. The alternative is the total collapse of everything. When it does finally arrive, I expect it to be massive, likely as a result of a sharp drop in stocks. The effect will trigger up to a 100% increase in stocks over the next couple of years. More importantly, the dollar will likely plummet and we’ll see new record highs in Gold and perhaps even Silver and the miners. Worst-case, we have to wait until January, but stimulus on steroids come could any time before that.

The levels I am watching in the short-term are as follows:

I believe a corrective rally is under way in the DXY that could reach 96-98 before we turn down again to lower lows. Commercial Banks are still holding their biggest long position in the dollar in many, many years. 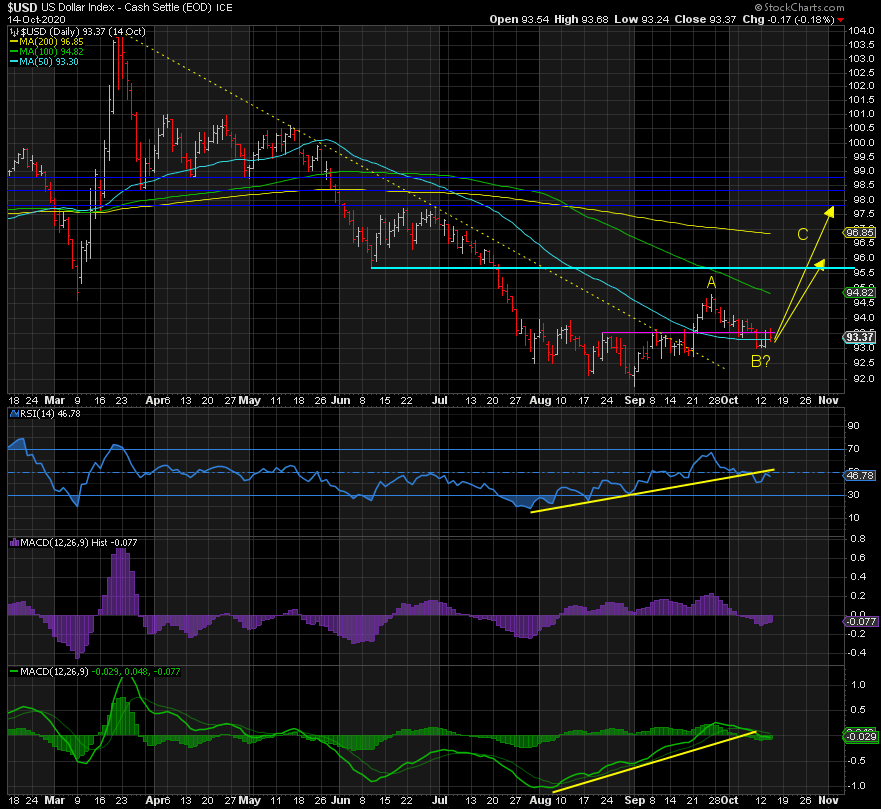 IF this plays out, then Gold, Silver, and the miners will remain under pressure. 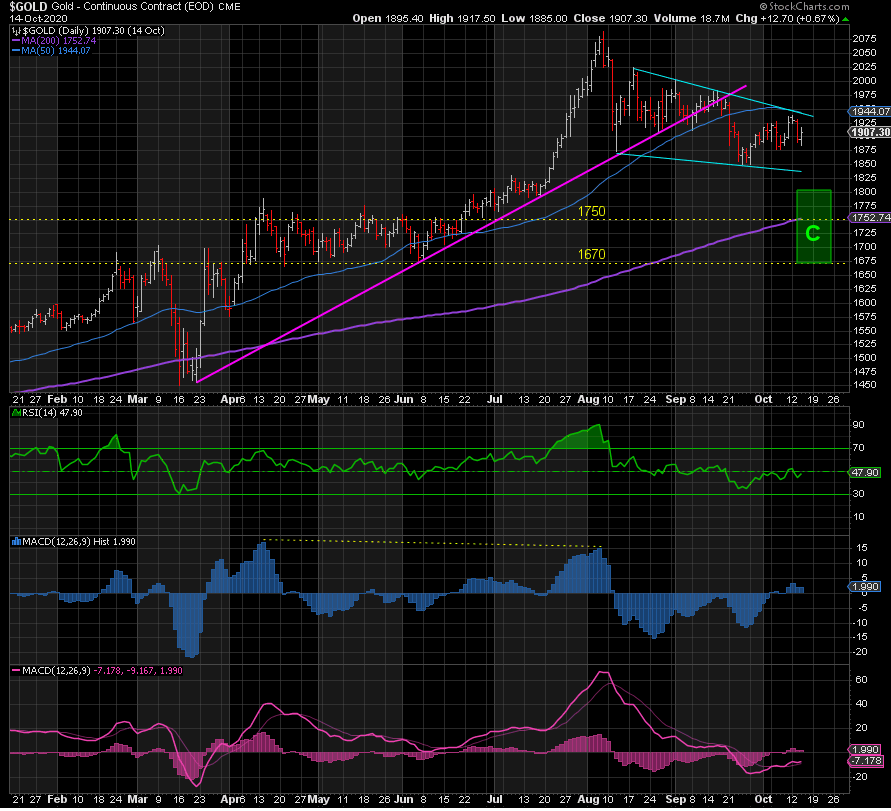 Unless strong resistance around 26 is broken, the risk remains of a positively divergent lower low in Silver to sub 21.80. 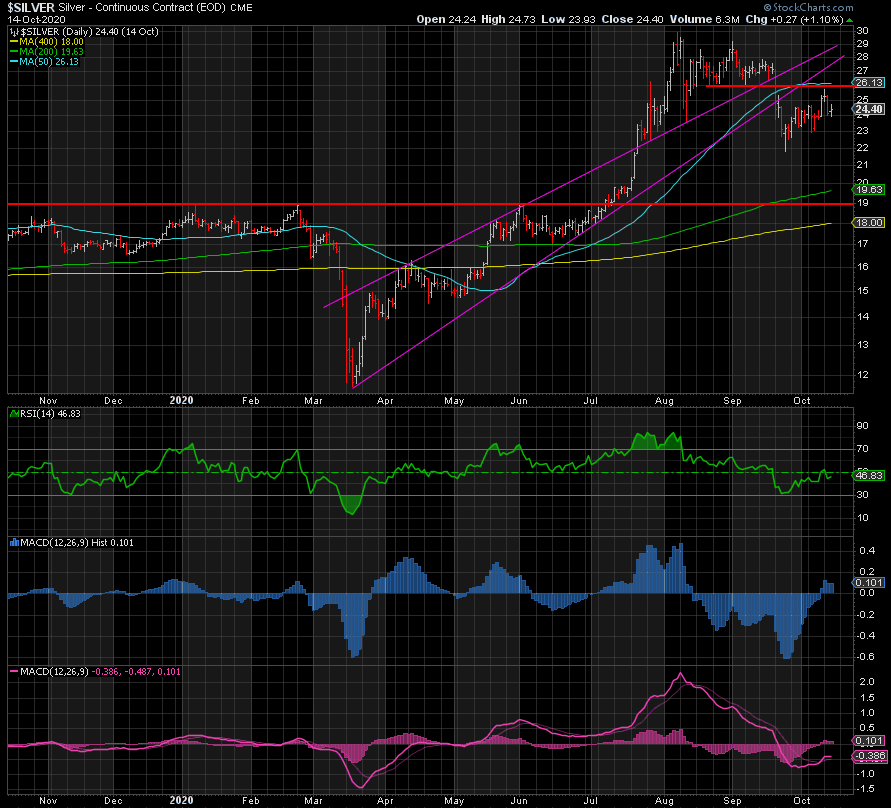 While we have tagged by minimum target on the downside in GDX at 37, as long as we remain below 41, a positively divergent lower low is increasingly probable. 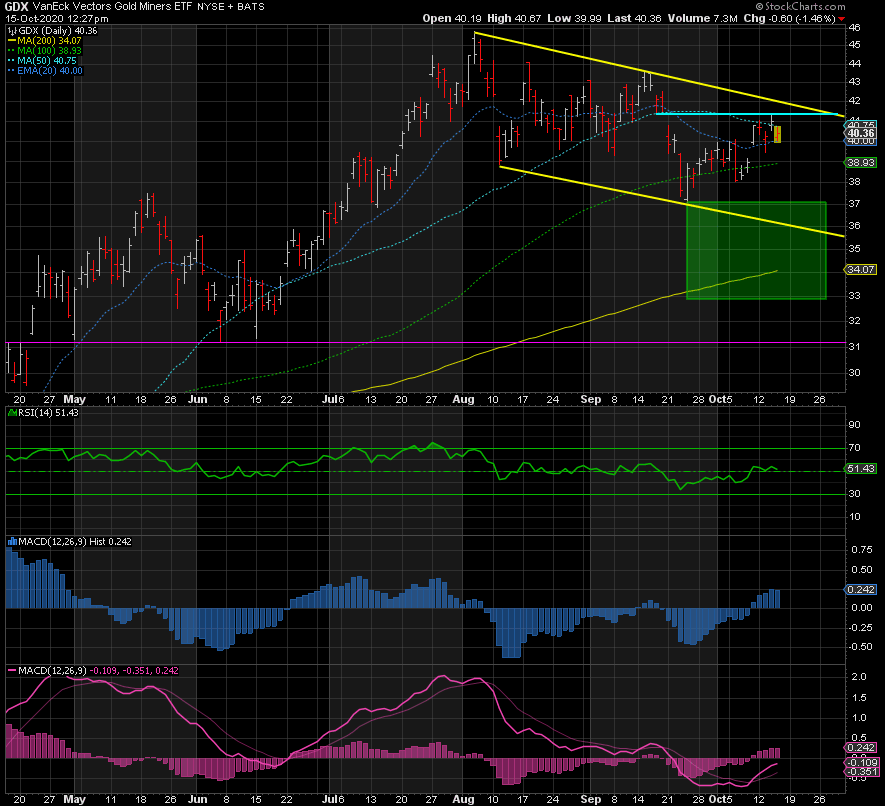 The same goes for SILJ as for GDX. We did reach my minimum target on the downside at 13.50, and then some, but I don’t rule out a lower low as long as the recent high of 15.30 remains intact. 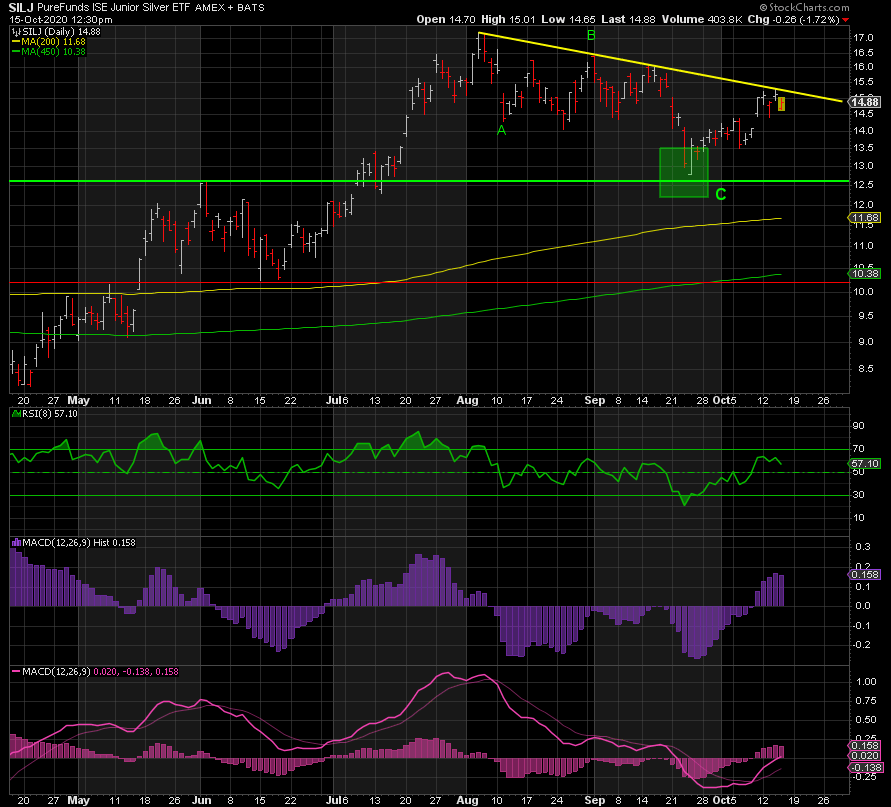 While we await new stimulus, the risk of further upside in the dollar and downside in the metals and miners remains. That said, when the stimulus finally transpires, the rally in precious metals and miners promises to be spectacular, imho. Stay patient and let the market come to you until then.