Lower Lows or Not?

Lower Lows or Not? By David Brady for Sprott Money

Gold has found at least a short-term double bottom at 1851. It has since bounced to 1935 as I type. Yet no major resistance has been broken, and therefore today I am going to focus on the parameters to signal whether the bottom is in or lower lows are ahead. 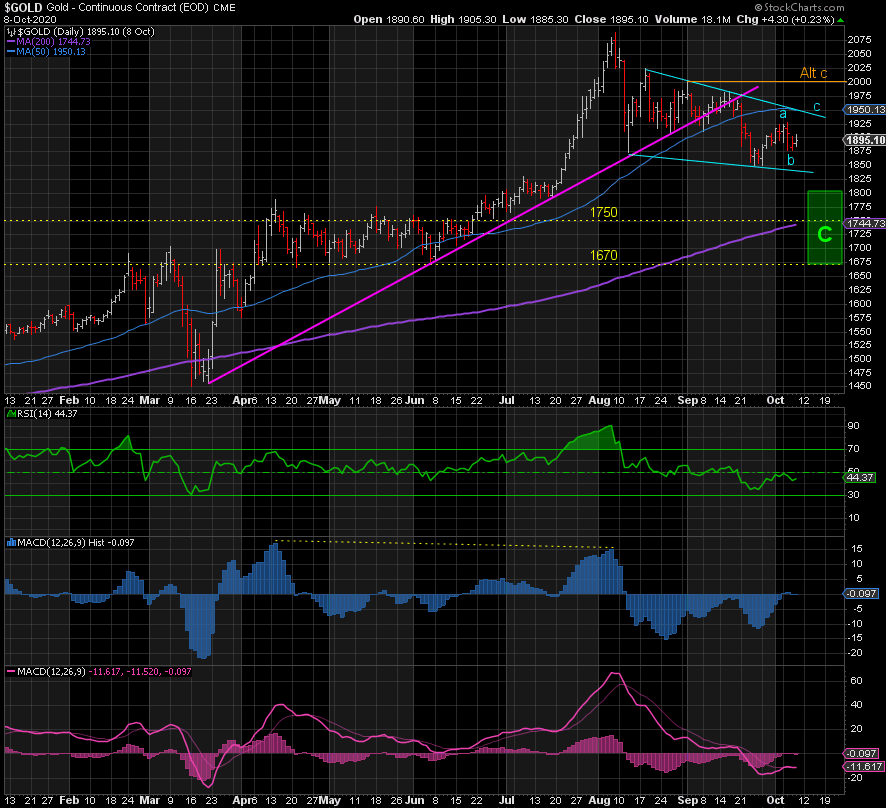 We’re currently in a bullish flag pattern (blue lines in chart above). It is notable that the upper trendline resistance is at ~1953, matching the wave C = A target. This also happens to be the 50-day moving average, which is currently around 1950 and still rising. When you get symmetry in levels like this, it makes them all the more significant.

In the event that we do convincingly break 1953, the next resistance level is 2000, which also happens to be the 61.8% retracement of the entire move down from 2089 to 1851. It was also the peak on September 1 and a nice round number as key resistance: 2000. Add the fact that it also represents wave C = 1.618 * A, the force is strong with this resistance level too.

Suffice to say, we need to see at least a break of 1953 with follow-through above 2000 to significantly increase confidence that the bottom is in at 1851 and we’re heading up to new record highs.

On the contrary, failure at either of these levels maintains the risk of lower lows before we begin the journey north to new highs.

Symmetry is clearly evident in the resistance level for Silver also. 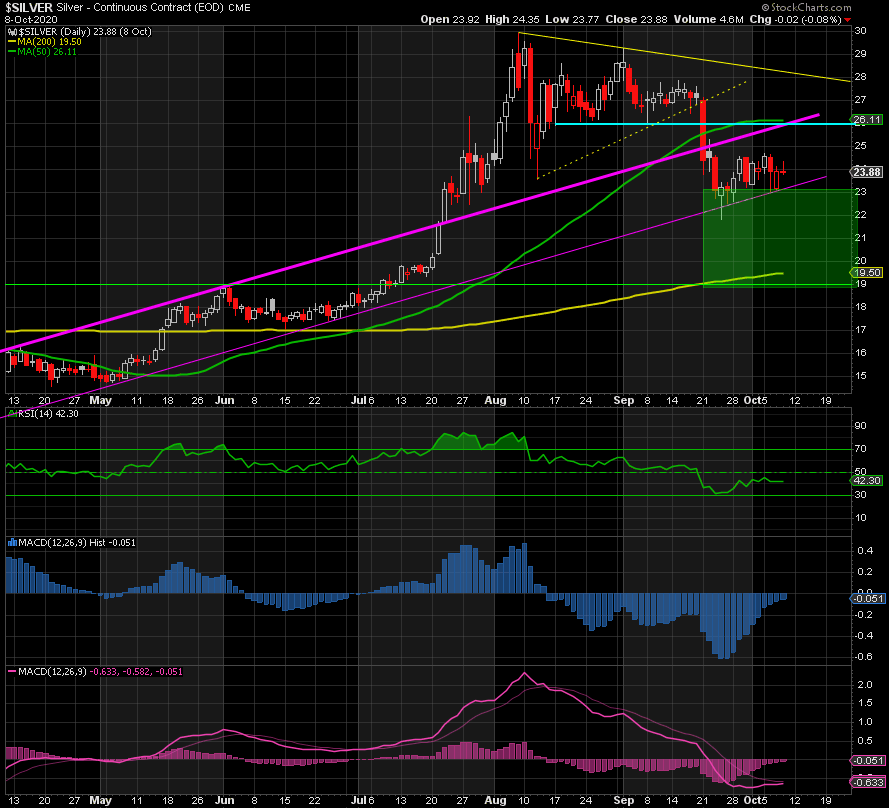 ~26 is a huge resistance level for Silver for several reasons:

Confluence of so many signals like this illustrates just how significant this ~26 resistance level is. Through there and the odds turn in favor of new highs ahead. Failure and lower lows are still a strong possibility.

I could go through the same exercise in GDX and SILJ, where I am also seeing similar confluences, but for the sake of brevity, the key resistance levels to watch in both are ~41 and ~15 respectively.

~93.50 has been broken on the downside. The two key remaining support levels to watch are 92.75 and 92.50. If these are both taken out, then lower lows below 91.75 are highly probable. If they hold, higher highs above 94.80 are still ahead. This is important for precious metals and miners, as they have been highly correlated on an inverse basis to this point. If the DXY falls, metals rise, and vice-versa.

Ideally, we are setting up for a negatively divergent higher high before DXY begins its next dump to lower lows. 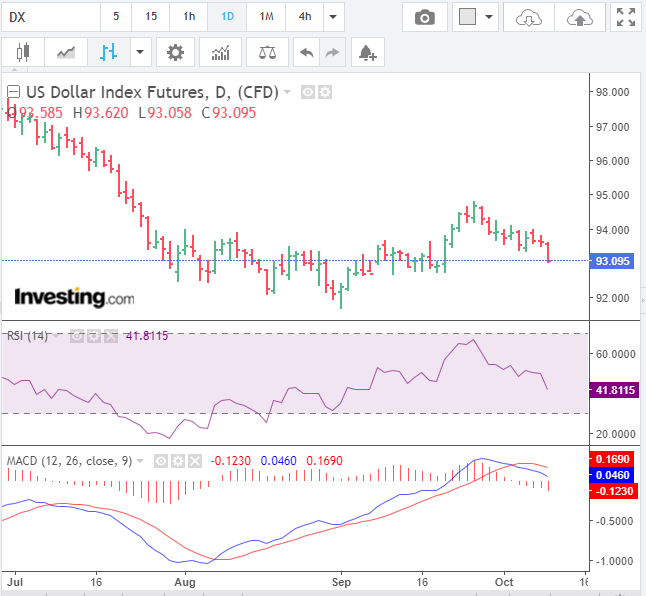 Real yields and interest rates are near perfectly negatively correlated to Gold, Silver, and the miners. Therefore, the prices for Treasury Inflation Protected Securities (TIPS), which are the inverse of real rates, are near perfectly correlated to precious metals and miners: TIPS fall, Gold falls, and vice versa. TIPS had been falling in corrective fashion lately but are also undergoing a short-term rebound, just as in Gold, etc. 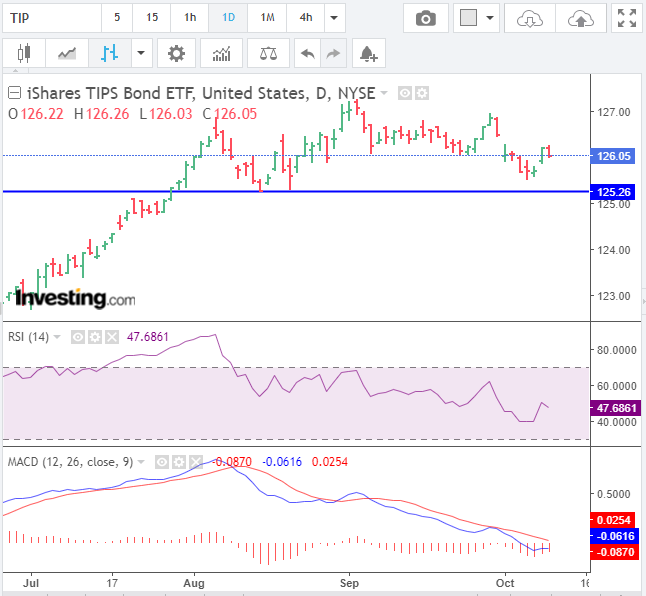 ~125.30 is critical support. 127 is key resistance. Whichever of these levels breaks first will have repercussions for the metals and miners.

It remains to be seen if the lows are now in place and the rally to new highs has already begun or this is just a corrective bounce before lower lows and then we take off to new highs. Either way, the risk-reward is skewed heavily to the upside, in my opinion, beyond the next few weeks. This is just a question of different routes with the same ultimate destination: UP!

For more detail on rationale for that expectation, please listen to the following podcast: 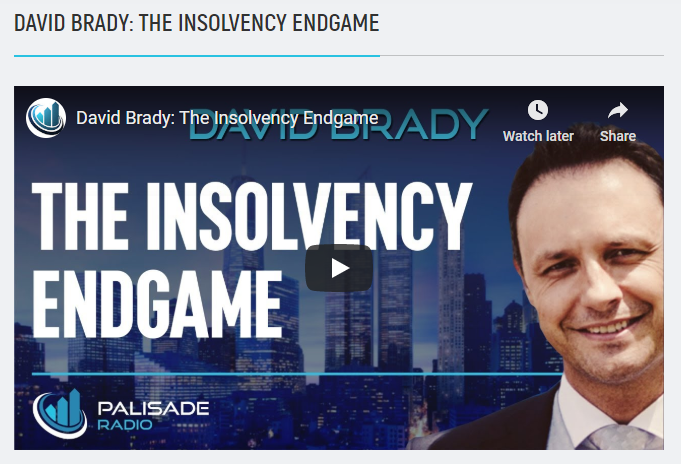