‘With The Genie Out Of The Bottle, Time Is Not On Our Side’: Was A Chinese Bioweapon Used By Globalists To Attack ‘America-First’?

‘With The Genie Out Of The Bottle, Time Is Not On Our Side’: Was A Chinese Bioweapon Used By Globalists To Attack ‘America-First’? By Stefan Stanford – All News Pipeline

While leftists celebrated President Trump’s recent visit to Walter Reed Hospital by making #SixFeetUnder one of the top twitter trending hashtags, with tweets such as “This marks the end.  #CovidCaughtTrump #SixFeetUnder” the leftists despicable ‘new norm’, Steve Quayle recently put out a critical new email warning leading up to his “Final Warning: Brace For Impact” live-streaming event on October 16th and 17th.

Warning within his email that according to his last contact with ‘insiders’, the most extreme security measures and precautions have been instituted to protect and sequester President Trump and Vice President Pence against possible ‘assassination teams’ and a deteriorating World War 3 scenario ahead, we have to go ahead and ask a question that is apparently on the minds of many: “Who targeted President Trump?”

With a US Defense expert recently confirming that the SARS-CoV-2 virus has some “desirable” properties as a bioweapon, but probably not enough to make it a good choice for military purposes, as author Sally Zelikovsky recently pointed out in this story over at the American Thinker, something definitely ‘smells off’ about the recent tidal wave of Covid-19 infections striking not only President Trump but many Republican Senators as well.

And with that US defense expert also warning that bioweapons are often created with a pre-developed ‘cure’ so that if someone who helped create it is accidentally infected, they can also be ‘cured’, as we’re warned within this American Thinker story,  Democrats who’ve tried to impeach President Trump, have tried to force him to resign, discredit him, undermine his accomplishments, embarrass and ridicule him; they’ve wished him dead umpteen times; they’ve relentlessly threatened his life; and they’ve been clear they don’t care about his family or his health, would certainly use this ‘virus’ in another attempt to get him out of office. 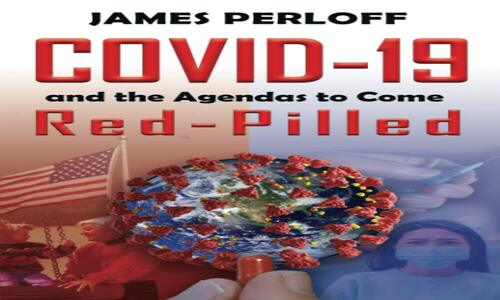 While his security detail is adept at thwarting plots involving cars, guns, planes, bombs, and other visible weapons, there are myriad ways a virus can find its way to our president and other administration officials. And, after seven months, it did. A month before the election as he was ramping up his very successful airport hangar rallies. It’s too perfect to be mere happenstance.

With a little contact tracing and sleuthing, I wouldn’t be surprised if we find out this was an arrow in someone’s quiver and a doozy of an October surprise.

Yet while this could very well have been an attempt upon the life of President Trump ahead of the election as Paul Craig Roberts argued in this recent story, should POTUS handily defeat covid-19 as it now appears, as ANP reader ‘Old Scribe’ recently pointed out in an excellent comment on this ANP story:

“Trump just destroyed this entire covid scamdemic by powering though it in only a few days like the common cold and telling everyone, “Don’t be afraid of this thing!” Now that’s a leader!

The Democrats are furious about Trump leaving the hospital after only 2 days. ROTFLMAO!!! Now can we all stop cowering under our desk’s, throw away our face diapers, open the economy back up and go back to work.”

(ANP EMERGENCY FUNDRAISER: Due to unexpected emergency repair bills, please consider donating to ANP to help keep us in this ‘Info-war’ for America at this most critical time in US history as we approach the 2020 election during a time of systematic ‘big tech’ censorship and widespread Democrat corruption.) 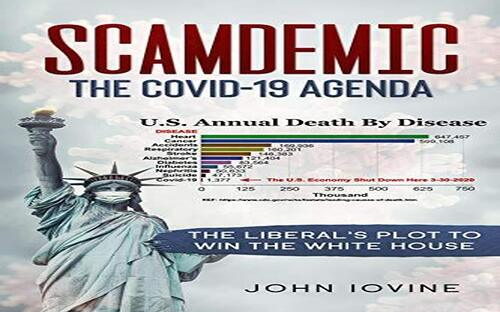 So before we continue, let’s take another extended look over at this American Thinker story.

I always trust my gut. Litigators and trial attorneys tend to do that. When things don’t make sense or add up but you don’t have a smoking gun, you start nosing around with questioning and investigating to see if your hunch pans out. Obviously, I don’t have any proof that the recent COVID-19 infections of POTUS and FLOTUS, several Republican senators, and people working on his campaign and in his administration, are truly random events or something planned, but it doesn’t pass the “random cluster of infections” smell test. Come on, admit it. You are all thinking it, too. I’m sure like me, you spent the weekend texting friends about your suspicions.

The virus appears to have targeted Republicans only and left Democrats unscathed. Democrats are trying to characterize this as a Rose Garden or debate super spreader — even though plenty of Democrats and Biden supporters were at the debate and likely interacted with Republicans after the Amy Coney Barrett ceremony. They argue that, as avid wearers of the mask, they are shielded from Republicans bearing COVID. But if masks were ironclad, we’d all be immune. People can still contract the disease in spite of masks, handwashing, and social distancing — which are only preventive measures that minimize risk. It is odd that in a town as small as Washington, D.C., only Republicans took the hit.

The timing is a second factor. Key Republicans fell ill after the Barrett announcement, the debate, and Comey’s flaccid testimony, and now we are full-blown into October — the final leg of the campaign.