‘Political Theater’: Pennsylvania Lawmaker And Governor Caught Joking About Taking Their MASKS OFF Before Speech

‘Political Theater’: Pennsylvania Lawmaker And Governor Caught Joking About Taking Their MASKS OFF Before Speech from Humans Are Free

Pennsylvania State Representative Wendy Ullman and Governor Tom Wolf were caught joking off camera about taking their masks off just before they spoke at a press conference touting the need to defend Obamacare during Covid-19.

Just as Ullman was preparing to speak behind the podium on Tuesday at a press conference north of Philadelphia, Wolf can be heard off camera to her left, saying: Ullman walks toward Wolf, off camera, and says:

“I will as well, just, I’m waiting so that we can do a little political theater.”

Wolf replies, “OK,” and the two Democrats share a laugh. Ullman then walks back toward the podium and finishes her sentence, saying, “so that it’s on camera.” 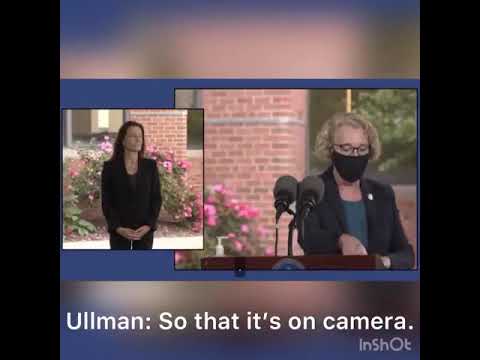 Ullman then took her mask off from behind the microphone, just before she spoke. Wolf did the same when it was his turn to speak.

They called the press conference to speak about the need to protect Obamacare from being dismantled, especially amid the pandemic, by blocking Supreme Court justice nominee Amy Coney Barrett from being confirmed by the US Senate.