Student Of History Warns Far-Left ‘Softening Up America For A Coup D’Etat’ And Will ‘Eliminate’ President Trump By Don Boys, Ph.D.for All News Pipeline

‘Enemies Of Freedom Want Trump Out Whether Dismissed, Defeated, Or Dead’

– We’ll soon know if we are the land of Washington, Jefferson and Madison or Beavis, Butthead and Biden 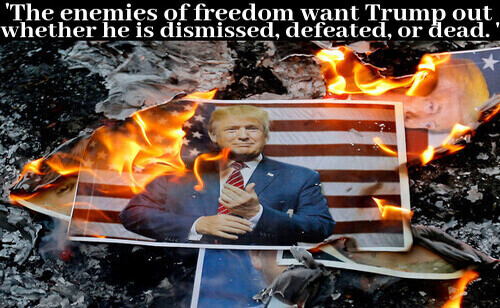 The Associated Press on Sunday reported that Law enforcement officials had arrested an unidentified lady who mailed ricin poison to the White House. There is no antidote for ricin. It is my opinion that we will see more attacks on the President in the following weeks. The enemies of freedom want Trump out whether he is dismissed, defeated, or dead.

I don’t want to put these words in print, but I must. I believe the far left has been softening up America to eliminate the President of the United States and accomplish a coup d ‘état by Socialists and Communists. (A Communist has a gun; the Socialist doesn’t, but he will get one.) Others, less radical, will be satisfied to destroy his administration.

As a student of History and a keen observer as well as an active political person, I have never seen such hatred expressed for a politician and his policies. I don’t believe every viciously vocal person against Trump wishes him dead, but historians will identify each of them with the irresponsible haters who have connected the dots and got the message: kill Trump.

It was only one month after President Trump was inaugurated that a group of young children in Chicago were filmed beating and tearing apart a President Trump piñata, as leftist bullies cheered them on.

Even mentally dull people have understood the definite, desired, and deranged message: if you have a noble cause, you don’t have to respect laws or fear accountability. Furthermore, when a racist hater is caught breaking the law, he or she understands to immediately yell “racism” and whine about an obscure but favorite unnamed uncle who was mistreated as a slave.

Conspirators and the weak of mind (often the same people) have noticed that looters are not arrested and put in jail, arsonists are treated as heroes, thieves are not arrested if they steal loot worth less than $700, and thousands of felons have been released from prison to continue their felonious actions. Moreover, they are aware of celebrities (often actresses whose basic talent is letting their breasts hang out or racist and sexist males who have had a hit rap song spouting vile, vulgar, and violent messages) who have suggested the President should be removed, even killed.

No dog whistle is needed.

Everyone knows that minorities can live a life of crime, and when caught, they can resist arrest; and if police shoot them, they will be defended by protesters as heroes. We have been told that looting is not looting since the looters deserve it because (maybe) their ancestors were slaves. The protesters (many of them white) have discovered the art of eating without working by making a profession out of protesting.

Shockingly, police officers are harassed and fired and, at times, jailed for doing their job resulting in whole departments resigning. Who can blame them?

Racist films such as Why Don’t We Murder More White People are aired at taxpayers’ expense at the San Francisco museum for a month, and people wonder why so many Blacks attack Whites for no reason.

When cities pay millions of dollars to criminals and their families for alleged illegal police action, it is no surprise that others are encouraged to try the same tactic.

Local and national leaders have blown the dog whistle giving permission for violent and illegal actions against our government and the President. 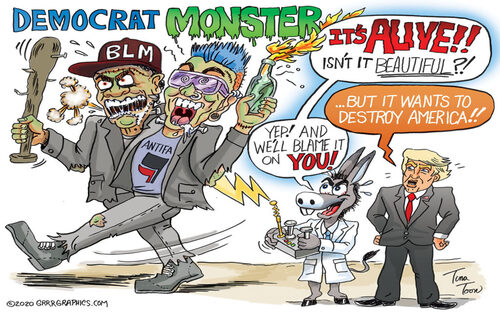 University of New Mexico Professor of History Richard Berthold said, “Anybody who can blow up the Pentagon gets my vote.”