Ammunition Shortages Just The Latest Evidence Of Conservatives Preparing To Survive Through The Liberal Lunacy Of Riots, Looting & Food Shortages

Ammunition Shortages Just The Latest Evidence Of Conservatives Preparing To Survive Through The Liberal Lunacy Of Riots, Looting & Food Shortages By Susan Duclos – All News PipeLine 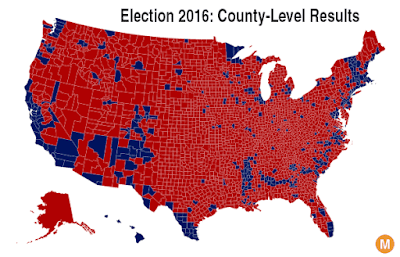 (Red Versus Blue election map from 2016)

If there was any doubt that second amendment supporters are actively preparing to survive, protect themselves and their families and be ready for any of the rioters that have decided they can just walk in to residential neighborhoods and harass innocent residents while they try to sleep or eat, simply look at the sale of ammunition, which is reportedly up by 139%, in the first six months of 2020 compared to the first six months of 2019.

That is not a typo, and multiple reports indicate that ammunition is getting harder to come by because of “panic buying” of weapons and ammunition due to the massive civil unrest we are witnessing with increased frequency.

He suggested there are a few driving factors behind the current surge in gun and ammo sales — one of the key ones being the anti-gun rhetoric of Joe Biden. He suggested Biden looks at gun makers as “the enemy” and recounted Biden’s vow “to bring them down.” He observed that the talk of “mandatory buybacks” of certain firearms is a driving force as well.

Bartozzi also listed the fear arising from a “scarcity of goods and services” caused by the pandemic and the fear “concerning a lack of police involvement and protection” as driving forces behind the surge in gun and ammo sales.

While there are other shortages, such as lumber, the two focused on in this report are ammo and food, which is always the first supply chain to break down during a period of nationwide civil unrest, which by the reports we are seeing, appears to be the beginning of the second civil war.

Stores still have not fully recovered from the last round of food shortages, with most having less choices, and variety, for a number of products than they did before the pandemic caused such a supply chain disruption.

So violence, riots, civil unrest surrounding the 2020 elections and the upcoming battle over President Trump’s Supreme Court nominee following the death of Justice Ruth Bader-Ginsburg, are all cause to prepare to protect, survive and thrive no matter what chaos surrounds us.

Short clip below shows how utterly crazed liberals have become, and not only rioters, but Trump Derangement Syndrome infected individuals that absolutely have lost all sense of reality, logic and, apparently, sanity as well.

(ANP EMERGENCY FUNDRAISER: Do to unexpected medical and emergency repair bills, please consider donating to ANP to help keep us in this ‘Info-war’ for America at this most critical time in US history as we approach the 2020 election during a time of systematic ‘big tech’ censorship and widespread Democrat corruption)

Some may wonder how we can assume the ammunition shortages and increased demand of ammo and weapons, are coming from mostly conservatives, and my answer would be two questions for those asking.

Look at the 2016 election map at the top of this article, and observe the sea of red, which happens to be concentrated more in heartland America and the “breadbasket,” meaning states that generally feed the nation the majority of food grown in the states, and are generally gun owners. Many of which have taught there children safety and weapons training at a young age.

So, it is damn near 100% likely that the ammunition shortages being seen is a direct reaction to the liberal “defund the police” push, the out-of-control rioting from Antifa and Black Lives Matter (BLM), and threats of even more violence over the upcoming Supreme Court nomination fight, and the 2020 presidential election.

Conservatives are preparing to survive through the liberal lunacy that has already begin. 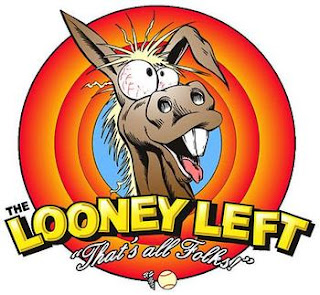 The video above is just one out of dozens of examples of liberal lunacy already being seen on almost a daily basis.

• Liberal icons like the anti-Semitic Linda Sarsour calling on liberals to “rise up” (where has she been, they have done nothing but rise up and burn down cities for months!),