– A Joe Biden Presidency Would Do Irreparable Damage To America 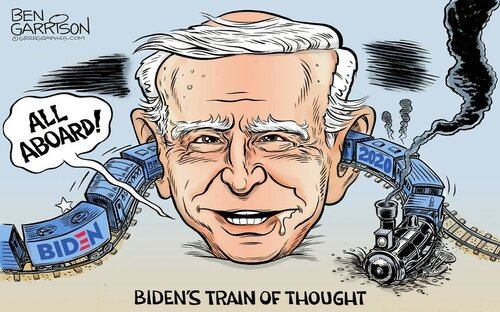 Story submitted to All News Pipeline by US Navy Veteran John C. Velisek

Would Joe Biden be Viable as President? As of today, we are within 60 days of the election. As an arm of the progressive socialist Democrat Party, the media continue to protect the senile Biden and push forward lies about President Trump. The Atlantic, a far-left publication with an aversion to the truth, has published numerous articles based on anonymous sources to denigrate Trump and his supporters. With the support of the socialist/Islamist/Marxist Obama calling the President lazy, the leftists think this will shake Trump supporters’ help.

Calling a man who sleeps four to five hours a night and spends all day doing what he can to make America better ‘lazy’ is a lie so blatant that even moderate Democrats are leaving the Democrat Party in droves. The progressive socialists spend a great deal of time talking about the economy tanking. Still, neglect to mention that the shutdown caused the economic suffering because of the coronavirus. And that the best economy that our country had ever seen was continually building until the Chinese virus hit.

But it is time to take a look at the figurehead of the progressive socialist party, Joe Biden. Biden refuses to take a cognitive test, and even though he claims he will debate President Trump, I don’t think his handlers will allow it. Biden has refused routine interviews. His teleprompted speeches allow no questions and are having Kamala Harris do the heavy lifting.

Just recently, Harris slipped and discussed a Harris administration and then added: “with Joe Biden.” That lets you know how the Progressive socialist leftists feel about Joe. Does anyone not think that Joe will swiftly be pushed aside, allowing the leftists to do irreparable damage to the country? Do many people think that Joe Biden will stand for American principles or the trade agreements that have been made to America’s benefits?

There are questions about Biden’s statements during his campaign that the media refuses to explain.

In what ways is President Trump responsible for the violence being perpetrated by the Democrat brown shirts, Antifa and BLM?

With the brown, black, and Hispanic unemployment at historic low levels and women and LBGT, how has Trump prevented anyone from living the American Dream?

Biden has already stated that if you don’t vote for him, you aren’t black. With the number of Black and Hispanic supporting Trump increases, are you saying they are all stupid?

Why did it take over three months for Biden to condemn the violence being done by the progressive socialist Democrats proxies in Antifa and BLM? Why was the burning of businesses, many of them Black-owned, the violence that leads to the injuries and even deaths being ignored. Why did the Biden staff donate to a leftist site who used the money to bail out violent domestic terrorists? The tweets proving this are out there!

All images in this story by GRRR Graphics! 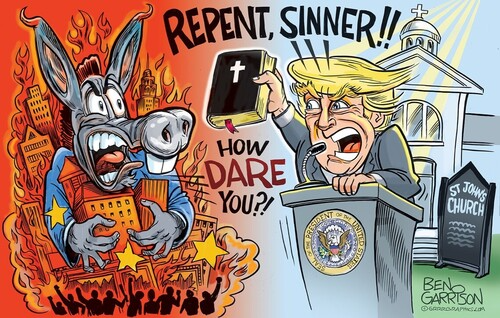 And when it becomes essential, just what are Joe Biden’s policies, and do we only have to wait a few days for them to change after his handlers tell him what to think?

How would Biden have handled the coronavirus differently? Everything he has stated so far that he wants to do President Trump has already done. Biden has even gone as far as to say he was not against the Chinese blockade, albeit two months later. Does he think that the American people do not remember him stating it was xenophobic, and Trump was a racist? Take a look back, it is on video, and yet the progressive socialists still continue to make a claim. Like the long-debunked Charlottesville lie, they can’t seem to drop the lie and continue to push it towards the low information voter.

Why did he ignore the Antifa/Black Lives Matter domestic terrorists that are destroying Democrat-led cities? It is because they, along with the media, nurtured these organizations to become the unlawful presence that has run roughshod over the country with the imprimatur of the leftists that run these cities?