From coast to coast law enforcement officers are under attack, not just by Democrat politicians that first supported the “Defund the Police” movement, but by criminals quite literally ambushing them for nothing more than being police officers, as rioters around the nation attack them with firebombs, rocks, bats, and a whole cornucopia of other items.

The incident happened Saturday at the Metro Blue Line station at Willowbrook Avenue and Compton Boulevard around 7 p.m. The location is a short distance from the Compton sheriff’s station.

Surveillance video of the shooting shows the suspect ambush the deputies as they sat in the patrol vehicle.

A man clad in dark clothing walks up to the parked vehicle at the Metro station, approaches the window on the passenger’s side and fires several times at close range. The suspect then runs off on foot. One deputy is seen emerging from the passenger side and stumbling around on foot for several seconds before the video ends.

Both deputies sustained multiple gunshot wounds and underwent surgery at a local hospital. They were described as alive but in critical condition.

After these attempted assinations, radical rioters blocked the entrance to the hospital emergency room where the police were taken, chanting “death to police.” 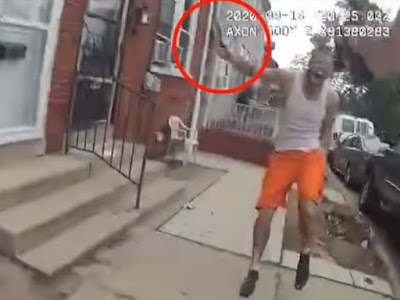 RIOTERS ONLY CARE ABOUT RIOTING

In Lancaster, PA, Ricardo Munoz was shot by police after lunging at them with a knife in his hand according to images directly from the body cam footage.

Not only does the body cam footage show why the officer fired, but the necessity of doing so, but Munoz also had a history of….. stabbing people. 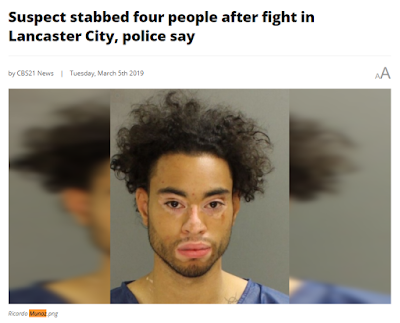 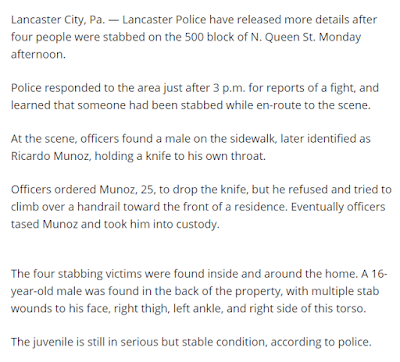 So, we are obviously not talking about a questionable use of a firearm on the part of police, nor a “racial” incident, but an officer doing the exact dangerous job they are paid to do.

Yet….. the rioters once again ask no questions as to whether it was a justified shooting, because they don’t care.

Biz Pac Review has a great thread, showing how fast just one area of rioters got out of control: Text is shown below, Twitter video clips can be found at BP Review.