Democrats Don’t Just Support Rioters, They Are Their Ringleaders

Democrats Don’t Just Support Rioters, They Are Their Ringleaders By Susan Duclos  – All News PipeLine 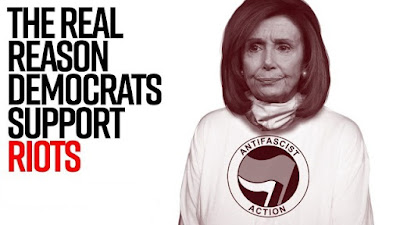 As night after night of violent protests across the country continue unabated, we have seen unimaginable images of city blocks burnt, leaving just smoking embers, churches on fire, cars still burning, making some portions of multiple cities look like a war zone.

We have reported on many of the incidents, the riots, the damage and the threats by Antifa and Black Lives Matter members, because the establishment media won’t and when they do deign to actually report on these events, they always attempt to blame conservatives and Trump supporters, with outlandish claims that “right-wingers” were infiltrating the “most peaceful protests” to make the protesters look violent.

Nothing could be further than the truth and now we see Democrats doing an about-face on their silence regarding the most lethal and destructive riots because the “polling” shows Americans are smarter than they gave them credit for and have seen through the medias attempt to protect Democrats from their own support of domestic terrorism.

Democrat nominee for President Joe Biden is coming up from his basement and plans to give a speech in where excepts of the upcoming lecture, he will assert the riots, that democrats encouraged, are happening under President Trump’s watch, and claiming it is Trump that “fan the flames of division.”

In another excerpt  Biden will reportedly ask “Does anyone believe there will be less violence in America if Donald Trump is reelected?”

Another excerpt states “He may believe mouthing the words law and order makes him strong, but his failure to call on his own supporters to stop acting as an armed militia in this country shows you how weak he is.”

Conservatives on social media noticed a couple of things wrong with Biden’s commentary, like his ignoring the Democrats over the past few years calling for uprisings, civil unrest, and encouraging them to continue their “protests.” They seem to think if they call them protests, people will somehow ignore the burning buildings, the tens of millions of dollars in damages, the violence and the out-of-control actions of Democrat supports in Antifa and BLM.

What Biden isn’t saying, but is implied, and not even subtly is the continued violence won’t be because President Trump is telling his supporters to go out and riot, it will be because Democrat supporters will lose their minds if Trump wins, knowing there will be nothing left to throw at him to prevent him from being President for four more years.

And… most importantly, the continued violence, with image after image of cities burning, has been “fomented” to use Biden’s wording, by Biden’s own party, including his choice for Vice President, Kamala Harris, who actively posted a link to encourage people to financially support the rioters that get arrested. 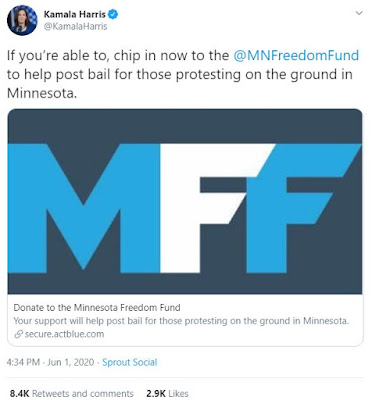 Isn’t she adorbs??!!!?? Trying to help those “peaceful” protesters that were being arrested for arson, vandalism, attacking law enforcement, and terrorizing the city.

Let us take a good look at the “good” the Minnesota Freedom Fund has done!!!!

among the ppl who were bailed out by @MNFreedomFund (which Harris promoted) includes 1) a man accused of attempted murder for shooting at a SWAT team, 2) a woman charged w/ 2nd-degree murder, and 3) a twice-convicted rapist who was charged in 2 other cases
https://www.fox9.com/news/minnesota-nonprofit-with-35m-bails-out-those-accused-of-violent-crimes

She has never apologized, nor withdrew her support for those literally paying to get violent criminals released.

THIS is what was happening in Minneapolis as Harris was trying to help raise bail money for rioters and violent criminals in Minneapolis:

Remember also, Harris was the person that suggested these “protests” aka riots, continue right up until election day, and then continue on past the election. 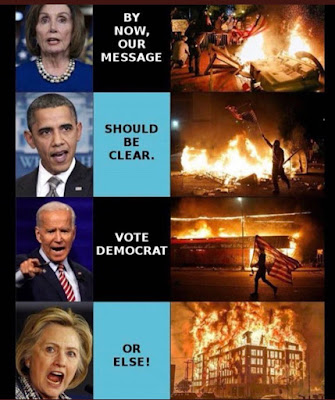 THE MOST IMPORTANT VIDEO OF 2020

With the establishment liberal media refusing to acknowledge that these “protests” are not “mostly peaceful,” and actually never were, we notice those in the Independent Media cover statements by Democrats that incite more rioting, as they happen.