The Coming Chaos and the Eruption of Extreme Volatility

At the time of writing, both gold and silver bullion are trading higher, moving up by a significant 1.44% for the former and an even better 1.74% for the latter.

This, of course, is down from the highs seen earlier this month, which broke previous records for the price of gold bullion and saw silver nearing the $30 per oz. mark. However, I believe this setback will be short lived indeed.

The need for personal and financial protection is coming in the near future, now more than ever, due to an ever-unceasing number of threats to the system. Unfortunately, the vast majority of the population (as typically happens in a time of great crisis), will be completely caught off guard.

The Increased Anxiety Rooted in COVID-19

One of these ongoing threats is the continued COVID-19 pandemic, arguably the root of many of the other problems that will ensue in the coming months.

Depending on which part of the world you live in, the COVID-19 threat is either greatly diminished or continuing to escalate.

However, in totality, cases across the globe continue to rise, as do the total number of deaths related to the coronavirus.

Although COVID-19 is not nearly as deadly as first predicted, much is still unknown about it, with the “science” seemingly changing daily, leading to people quoting outdated information and other conflicting “facts” that no longer agree with the new developments.

In addition to this, most people around the world have found their lives radically changed, whether through business closures, lost forms of leisure, or mandatory mask wearing, to name a few.

This leads to a drastic increase in a number of things—most notably, heightened levels of anxiety.

This anxiety has manifested in a number of ways, whether through substance abuse, depression, or violence in a small-but-growing number of people. 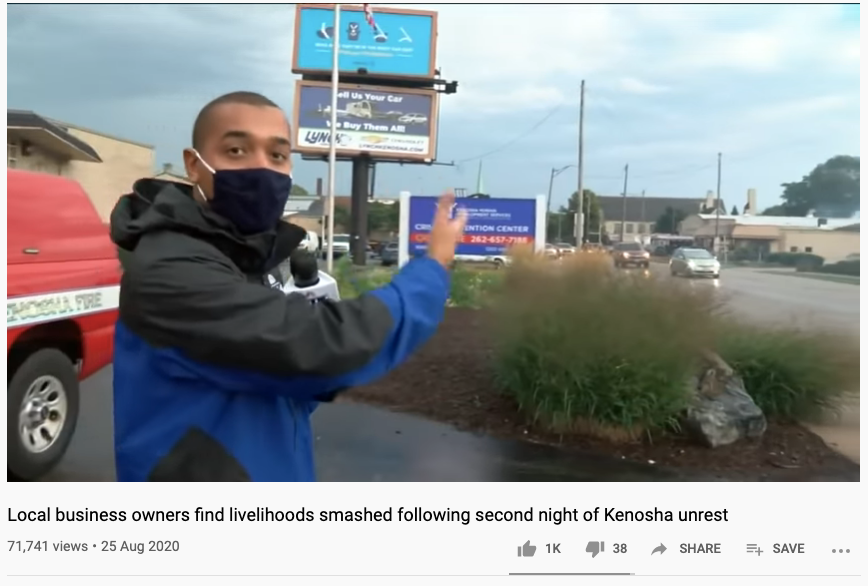 As we are now seeing across just about any major city in the United States, senseless violence is becoming an almost daily part of some people’s lives.

The mass protests in response to a heinous act of neglect by law enforcement were largely peaceful in the beginning, but they have now turned deadly for some and incredibly destructive for many others.

This has led to unfathomable destruction to people’s lives—physically, mentally, and financially—and some may never recover.

The Mainstream Media Are Once Again Complicit

Local news and the alternative media have largely done a decent job of covering the riots, destruction, and protests, calling a spade a spade and an ace and ace. However, as we have seen so many times in the past, the large Mainstream Media outlets are singing a different tune.

For some reason (which many of you can speculate about), the MSM have once again gone into pure propaganda mode, seeking to shirk off just about all acts of violence as one-offs and calling these now nearly nightly events “mostly peaceful protests”.

And although there are many peaceful protesters whose cause is just and true, there is without a doubt a large, significant portion who are taking advantage of the chaos, sowing seeds of destruction and violence wherever and whenever they can.

These acts are not minor nor are they one-offs. They are on such a large scale that the police cannot even control them, only further emboldening the perpetrators.

This has led to an ever-increasing amount of violence, threat, destruction, and anarchy.

Many people feel justified in their actions, as they believe they are fighting an “unjust” system and are hell-bent on seeing it fall, one brick at a time.

Unfortunately for them, this is not going to happen. And fortunately for the vast majority of people who call the West home, I believe we are hitting a tipping point, one in which the public will say “enough is enough”.

The fact of the matter is that there is undoubtedly room for change within the West, but speaking as someone who has traveled the world and seen many other countries firsthand, the West has done a lot right and made much progress.

To simply cast this progress aside as meaningless and dismantle it in its entirety would be beyond reckless.

Just got attacked by an angry mob of over 100, one block away from the White House. Thank you to @DCPoliceDept for literally saving our lives from a crazed mob.

Zero Hedge wrote an article covering last night’s “protests” following the RNC convention at the White House, in which congress members and their families were harassed and attacked by a violent mob as they attempted to head back to their hotels.

It is well worth the read, as you will see some historic on-the-ground footage that the MSM would never be willing to show and which demonstrates just how lawless things have become.

Personally, I am far from a fan of everything that the RNC represents, but as someone who considers themselves staunchly in the center, I cannot endorse the mob’s approach, and I know I am not alone.

Additionally, I believe that more and more footage showing the political left engaging in such a way will have the opposite effect of what they are hoping for, pushing more and more people into the hands of supporting President Trump, possibly even securing his re-election come November.

At the moment, the only ones openly condemning the violent protesters are those on the political right. However, I hear more and more concern privately among those who have always considered themselves on the left.

Lawlessness breeds fear, and the vast majority of people always vote to protect themselves and their families. Which is why I believe the MSM are attempting to downplay the violence in such a meaningful way.

The November to End all Novembers

The Presidential election between Joe Biden and Donald Trump will officially take place on November 3rd. However, many people are speculating that the results will not be known that day.

This is due to the fact that more people are expected to take part in “mail-in voting” than at any other time in history.

Many believe that this will lead to ungodly amounts of “funny business”, and conspiracy theories are raging on both the left and the right, with both sides already claiming that the other is “rigging” the election.

This, in addition to the political divide—which has never been so great since the Civil War—will lead (in my opinion) to neither party accepting the results immediately.

This will lead to countless recounts and possibly even a “hung” election if one side does win overwhelmingly.

If this occurs, hold onto your seats, as an extreme amount of chaos and volatility will be unleashed across the United States—and it will have a rippling effect across the rest of the world.

Even if this does not occur, I believe that violence and anarchy will only increase until the point in which one side is forced to put a “hard boot” on the other—a scenario that has never ended well throughout history.

The fact of the matter is that we have brush fires all across the world, some of which are threatening to become blazing infernos at any moment.

In the meantime, we have a global pandemic, unfathomable fiat money creation, and unaccountable debt creation, all of which would be bad enough in isolation, let alone occurring all at once.

It is only a matter of time before the system as we know it cracks under all of this pressure, causing great financial chaos and destruction.

In this scenario, precious metals will rise higher and higher as people seek the safety that only they can offer in times of extreme volatility.

I believe these reasons are exactly why Central Bankers and now the “smart money” are beginning to move into the metals in a meaningful way.

Sadly, as previously mentioned, much of the general public will be too late to the “party”, missing these artificially depressed prices that cannot and will not last forever.