The Long, Hot Summer of 1967: A Forgotten Season of Riots and Urban Unrest Across America

The Long, Hot Summer of 1967: A Forgotten Season of Riots and Urban Unrest Across America by Sam Jacobs for Ammo.com

The Book of Ecclesiastes says that there is nothing new under the sun. And while many have spoken of the “unprecedented” nature of the rioting in the early summer of 2020, it is actually quite precedented.

The Long, Hot Summer of 1967 was the peak of urban unrest and rioting in the United States in the lead up to the 1968 election. While there are certainly a number of key differences, there are also a number of striking parallels that make the topic worthy of discussion and examination.

The long-term impact of the urban unrest of the summer of 2020 is unclear, but the long-term impact of the Long, Hot Summer of 1967 and related urban rioting was a victory for Richard Nixon in 1968, and a landslide re-election in 1972. One must resist the temptation to make mechanistic comparisons between the two, and we will refrain from doing so here. But the reader is encouraged to look for connections between these events and more recent ones.

The riot wave in America’s urban ghettos might have peaked in the summer of 1967, but it certainly didn’t begin there. 1964 is generally thought to be the beginning, with a riot that began in Harlem after the shooting of a 15-year-old black teenager named James Powell.

The story of how this happened is familiar to anyone who read the news in the summer of 2020: The superintendent of a building in a predominantly white working-class neighborhood turned a hose on black students who had been congregating on the stoops of his buildings. The black students alleged that he used racist language with them, a charge that he denied. It is worth noting how often alleged racial slurs are invoked as an excuse for violence. In any case, no one disagrees that the students then began throwing garbage can lids and bottles at him. He retreated into his building where he was pursued by three of the students, one of them being James Powell.

A white off-duty police officer, Lieutenant Thomas Gilligan, arrived on the scene and fired three shots at Powell. One of these was a warning shot, but the other two connected with Powell’s forearm and abdomen. Lieutenant Gilligan claimed that Powell had a knife, raised it and then he fired first a warning shot, then a shot into the forearm to disarm him before firing the third shot. Gilligan had an impeccable record with the New York Police Department. Powell had a few interactions with the law: twice for boarding a subway car without paying, once for breaking the window of a vehicle and once for an attempted robbery (he was cleared of the robbery).

The result was a week of rioting that left one dead, 118 injured and 465 arrested. 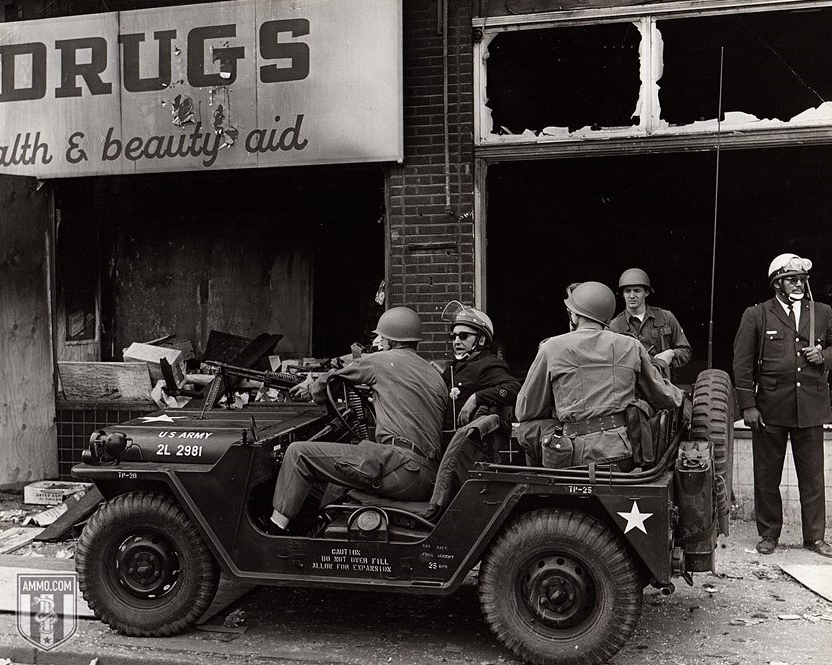 It would be impossible to cover all of the rioting that occurred throughout the summer of 1967. All told, there were 159 riots that summer. The worst of these were in Newark, New Jersey and Detroit, Michigan. The riots left over 85 dead, over 2,100 injured and over 11,000 arrested. They also caused tens of millions of dollars in property damage.

Resulting in one death, 63 injured, 404 arrested and $2 million in property damage (over $15 million in 2020 dollars), the riot was only quelled when the National Guard was deployed.

Cincinnati was the first, but the two biggest riots were in Newark and Detroit.

Newark was one of the earliest and most extreme examples of white flight in the nation. Its manufacturing base had largely abandoned the city by the time that the riots began. The city had been on edge for a while, but things began to boil over in July 1967, after Newark white police officers John DeSimone and Vito Pontrelli beat black cab driver John William Smith, who they claimed assaulted them. A rumor began to spread that Smith was beaten to death and a crowd formed outside of the police station. Witnesses disagree as to what happened first – the crowd throwing things or the police emerging with hard hats and clubs.

The crowd demanded that Smith be moved to Beth Israel Hospital, a request granted by the police. That night there was a march to protest police brutality, during which an unidentified female smashed the windows of the police precinct with metal bars. Looting and firebombing of local businesses began soon after, with the looting of liquor stores being a predominant feature of the rioting.

Six days of rioting left 16 civilians, eight suspects, a police officer and a firefighter dead. There were 727 injuries (including 67 police officers, 55 firefighters, and 38 military personnel) and $10 million in property damage (roughly $77 million in 2020 dollars). Many believe that the city never fully recovered from the riots even to this day.

The riots in Detroit took place from July 23 to 28. At around 3:45 a.m., Detroit police broke up a party at a “blind pig” (unlicensed private drinking club). They expected to find only a few, but instead were greeted by an 82-person strong celebration of the return of two GIs from Vietnam. The police made the decision to arrest everyone there. A crowd began to gather to watch the raid. William Walter Scott III, the doorman and son of the organizer of the blind pig, later admitted to starting the riot by throwing a bottle at a police officer in his memoirs.

The next afternoon, the first fire was set at a grocery store. The local media tried simply ignoring the riots in an attempt to maintain calm. Tigers left fielder Willie Horton, who was born in Virginia but lived in and grew up in Detroit, drove to the center of the rioting and stood on his car in uniform, passionately imploring the crowd to stop the violence, but failed to do so.

Chaos began on the second day of rioting. There were 483 fires, with 231 incidents reported every hour, and a whopping 1,800 arrests in a single day. Hardy’s drug store, a black-owned business known to fill prescriptions on credit, was one of the first to be burned to the ground. Indeed, the black business district was not spared. Firefighters were shot at as they attempted to put out fires. U.S. Representative John Conyers tried to address the rioters via loudspeaker out of his car, but had rocks and bottles thrown at him.

All told, there were at least 23 deaths and 696 wounded, with property damage pegged somewhere between $40 million to $45 million (between $300 and $350 million in 2020 dollars). Among those dead were 4-year-old Tanya Blanding.

The final riot in the Long, Hot Summer of 1967 was the Milwaukee riot, which left four dead, 100 injured and 1,740 arrested. This began after two police showed up to break up a fight between two black women, around which a crowd of 350 had gathered. The property damage was relatively scant because it was mostly confined to broken windows: it came in at around $200,000 at the time.

The next wave of rioting took place following the assassination of Martin Luther King in the spring of 1968. This wave of riots engulfed the nation’s capital, Chicago, Baltimore, Kansas City, Detroit, New York, Pittsburgh, Cincinnati, Trenton, Wilmington and Louisville. New York’s riots were quickly quelled by mayor John Lindsay, who went directly to Harlem and gave a speech about addressing poverty. Sen. Robert F. Kennedy is largely credited with saving Indianopolis, with his speech there following King’s assassination. A James Brown concert in Boston is similarly credited with keeping the peace there. Memorials were held in Los Angeles that averted a repeat of the 1965 Watts riots.