Pandemic Panic To Usher In The UN’s 2030 Agenda Ten Years Early BY: LEO HOHMANN for Technocracy

{TDC Note – If you’re not familiar with Agenda 21, which has morphed into 2030 Agenda, it’s time to get educated.}

Sustainable Development, aka Technocracy, is the endgame of the global elite who want control over all resources on earth, including people. The “Great Panic of 2020” has been weaponized to create the biggest economic coup in the history of the world.

I would again note that control over political structures is incidental to control over all economic functions. When Technocracy prevails, elected politicians of all stripes will be summarily dismissed and engineers and scientists will run the world directly. For citizens, this is the essence of scientific dictatorship: there is no need for representative government because systems will be run autonomously via algorithm.

The threat of killing capitalism and free enterprise is very real and most definitely existential to America as we have known it for over 200 years. ⁃ TN Editor

When Alexandria Ocasio Cortez, also known as AOC, rewrote the United Nations’ Sustainable Development Goals and rebranded them as the Green New Deal, many conservatives were heard laughing out loud. 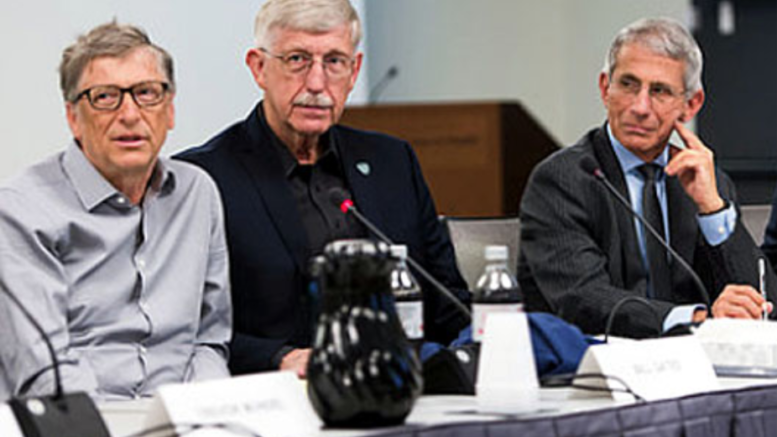 She couldn’t be serious, could she? But who’s laughing now? AOC has gotten most everything she wanted in the Green New Deal.

It’s time for President Trump to end this nightmarish experiment. We need clarity.

Stop the back-slapping daily press briefings where 90 percent of the content consists of congratulating himself and the governors for their wonderful handling of this crisis.

Let’s be honest, most have ignored the Constitution and overstepped their authority.

We need a firm date for when these lockdowns will end and our leaders need to stick to that date, not just throw a date out there, only to later extend it.

We want all of our country back. Not in stages, not in phases.

The president’s advisers, Drs. Fauci and Birx, have been exposed as frauds and must no longer be allowed to dictate policy.

They convinced the president to make bad decisions based on faulty science and speculative computer models stocked with false assumptions. They are up to their necks in conflicts of interest, mostly having to do with the Bill and Melinda Gates Foundation and its many global partners pushing mandatory vaccines and a global ID system that can be used for tracking individual Americans.

For any politician to tell any small business that they are “non-essential” based on the advice of these two Gates-funded quacks is tantamount to the central committee of the USSR telling kulaks to get off their land and go work in a factory.

Under Stalin, the Soviet state couldn’t control kulaks working on the land, so they expropriated it. Took it. Is that the same strategy Gates has for the many small mom and pop businesses in America? Force them out and make them go to work for Amazon, Walmart or some other mega-corporation where they can be more closely monitored.