Dr. Fauci: ‘There’s No Inconsistency’ in Banning Church and Business But Allowing Mass Protests BY TYLER O’NEIL for PJ Media

During a House Judiciary Committee hearing on Friday, Rep. Jim Jordan (R-Ohio) pressed Dr. Anthony Fauci on whether the government should restrict the massive Black Lives Matter protests across the country in order to slow the spread of the coronavirus. Fauci admitted that crowds full of people not wearing masks would likely spread the virus, but he refused to say whether or not protests would do so. He also refused to make any recommendations on limiting protests, even though he had made many recommendations in the past.

At one point, Fauci even insisted that “there’s no inconsistency” in preventing people from going to work, going to church, and going to school but allowing them to gather in massive crowds to protest.

“Dr. Fauci, do protests increase the spread of the virus?” Jordan began.

Fauci said he could only make a “general statement” about crowds.

“Well, half a million protesters on June 6 alone, I’m just asking, that number of people, does it increase the spread of the virus?” Jordan pressed. 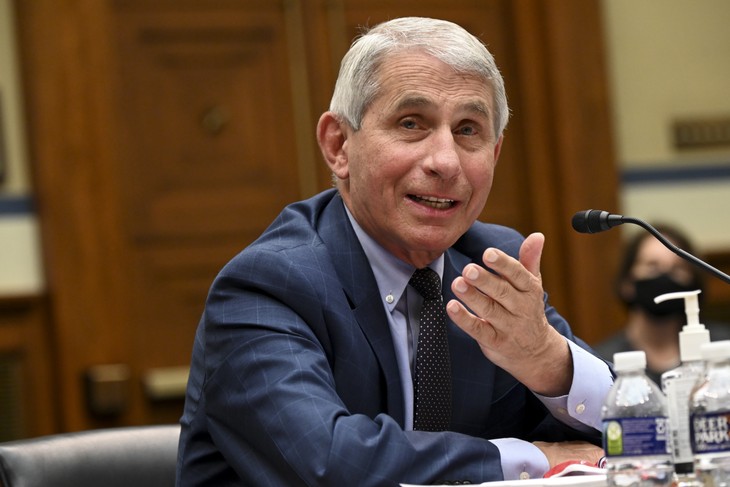 “Crowding together, particularly when you’re not wearing a mask, contributes to the spread of the virus,” Fauci responded.

“Should we limit the protesting?” Jordan pressed.

“I’m not sure what you mean,” Fauci responded.

“Should government limit the protesting?” the congressman clarified.

Fauci stuttered, “I- I- I don’t think that’s relevant to…”

“Well, you just said, it increases the spread of the virus. I’m just asking, should we limit it?” Jordan insisted.

“Well, I’m not in a position to determine what the government can do in a forceful way,” the doctor said.

Jordan noted that Fauci has made “all kinds of recommendations” on subjects such as baseball, dating on Tinder, and government-mandated lockdowns. Fauci recently said there would likely be “no need” for a second coronavirus lockdown.