Week seven since peak balance sheet: Total assets on the Fed’s balance sheetfor the week ended July 29, released this afternoon, fell by $16 billion from the prior week, to $6.95 trillion. Since June 10, when they’d hit $7.17 trillion, they have declined by $220 billion: 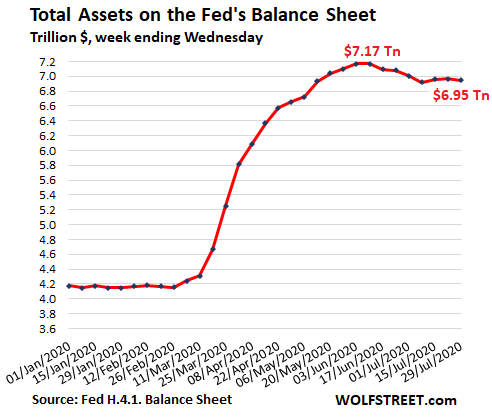 After the Fed made repurchase agreements less attractive in mid-June by raising the bid rate, they fell out of use, though the Fed is still offering them: 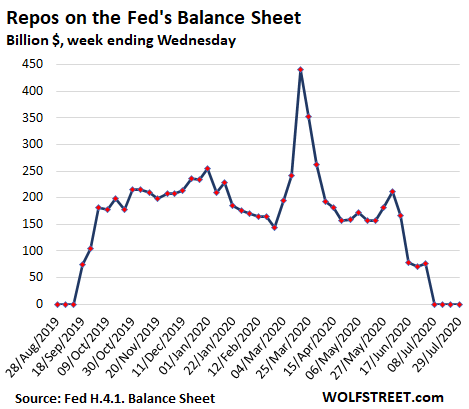 The Fed’s “dollar liquidity swap lines” – which provided other central banks with dollars during the crisis – are falling out of use, though the program itself has been extended, just in case. This was the seventh week in a row of declines, now down to $117 billion: 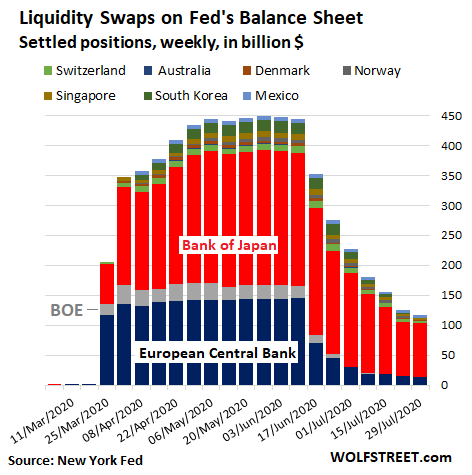 Special Purpose Vehicles (SPVs) are LLCs that the Fed created and that it lends to. The US Treasury Department provides equity capital to the SPVs. The SPV then buys assets or lends.

In addition, there is Primary Credit (“Pr. Cr.” in the chart), which are loans the Fed makes directly to banks.

The balance of these entities combined dropped by $3 billion from the prior week to $208 billion, the lowest since June 17. But note how the composition has changed: The original three entities are being phased out, as new ones have been added. The PPP loan facility is by far the biggest ($71 billion): 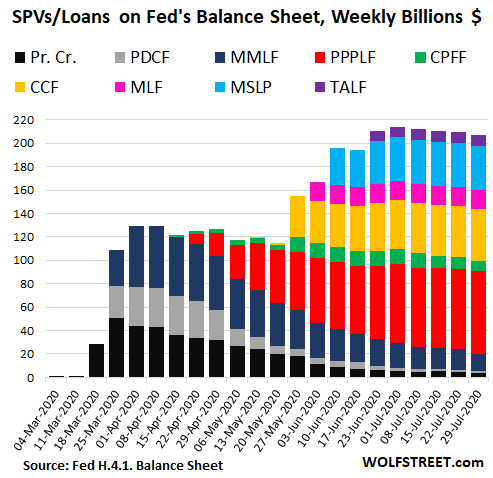 Mortgage-backed security balances are erratic on the Fed’s balance sheet, for two reasons: