Democrats Should Remember History: Revolutions Can Seldom Be Controlled

Democrats Should Remember History: Revolutions Can Seldom Be Controlled By Don Boys, Ph.D. for All News Pipeline

‘Get Ready For The Worst Train Wreck In History’: Coronavirus & The ‘Manufactured Revolution’ Could Push America Into Martial Law As Monetary Chaos Always Follows Moral Collapse

Thinking people are strapping themselves to the mast as the storm rages around them. We have observed a moral collapse in recent years exacerbated by the malicious coronavirus. The subsequent national shutdown is generating monetary chaos in the economy that could sink the ship of state.

Most nations are staring into the face of financial chaos and political upheaval precipitated by an obvious moral collapse—the slaughter of innocent babies inside mothers’ wombs; the same-sex “marriage” abomination; the child abuse known as transgenderism; the shocking number of illegitimate babies born each year; the lack of discipline in our homes; the incredible amount of divorces; unhealthy if not undisciplined citizens dependent on legal and illegal drugs and alcohol; etc.

The above horrific list is indicative of moral collapse, so the monetary chaos, exacerbated by the malicious coronavirus, is directly ahead of us, followed by military control.

France traveled this path over 200 years ago and is a perfect pattern of where we are at this time. 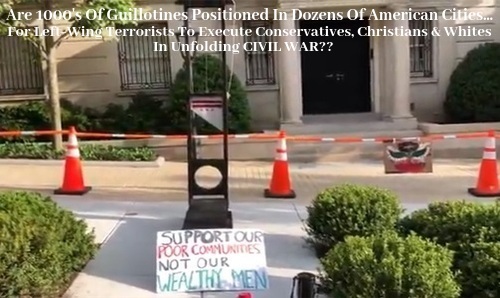 When France came to our aid during our struggle for independence in the late 1700s, (mainly to strike a blow at England who had recently humiliated them in the Seven Years’ War), it left France teetering on the edge of bankruptcy. The problem was exacerbated with years of bad harvests and crop failure in 1788, followed by a long period of financial discontent, decline, and disorder that precipitated a fearful atmosphere in the citizens. Many thought their problems were government-based, and they were generally right.

The regional failed harvests of 1787 and 1788 and an inadequate transportation system created a food shortage for the most populous nation in Europe whose population had doubled from 1715 to 1800. Peasants couldn’t afford the high cost for bread, and with the shortage came even higher prices.

Commoners demanded price controls on many items resulting in the absence or shortages of necessary items. This was followed by the failure of the silk harvest that raised prices on clothing. That meant the lowest class (that had gained land and money, but limited power) spent so much money on essentials, they could not purchase other goods. All this further complicated the fragile economy.

The French Revolution (beginning in 1789 and ending in 1799 with the ascent of Napoleon Bonaparte) was precipitated by the above foolish fiscal practices that ruined the economy. France had been a moral cesspool for decades. When the people got scared and hungry, the bloody revolution followed. Hungry people think with their stomachs and always gravitate to a strongman who promises them food and order.

The purpose of the French Revolution, as espoused by the philosophers, guilds, and Masonic Lodge, was to destroy the castle and the cottage and the church. Reform was not their desire; it was a revolution to destroy the monarchy, the family, and the church. To show their contempt for Christ and the Roman Church, they even produced a new calendar.

Americans are witnesses to attacks upon the same entities today—government, home, and the church.
French citizens were divided into the First Estate (the Catholic clergy), the Second Estate (the nobility), and the Third Estate (the commoners) under the absolute rule of Louis XVI. The three groups, called the Estates General, had not met for over 150 years, but was called to meet May 5, 1789. It was expected to approve a new land tax that did not exempt the nobles. The commoners (Third Estate) consisted of 98% of the people, yet they could be outvoted by the clergy and nobles! On June 17, the deputies of the Third Estate declared themselves the National Assembly. On the 19, the clergy reluctantly decided to join the Third Estate.

The commoners, thinking the military had been ordered to attack them, took control, forcing the clergy and nobles to go along with significant reforms, but they went kicking and screaming all the way.

The rebellion was growing with intensity and numbers as mobs spread from Paris to the countryside culminating in the attack on the Bastille July 14, 1789. This Storming of the Bastille, when commoners were looking for guns and ammunition, is considered a French national holiday and the beginning of the revolution.

Commoners looted and burned the homes of the tax collectors, church leaders, and landlords venting decades of resentment of the aristocrats. Officials in Paris received reports that mobs had formed all over the country, producing the Great Fear or “Who’s going to be attacked next?” So, the short-lived ruling Assembly (created by the Third Estate—commoners) knowing they were sitting on a seething volcano, decided to make changes before the nation was in total rebellion.

During the night of August 4, 1789, the Assembly “entirely” abolished feudalism—that had been dying since the 1400s as an aftershock of the Black Death pestilence. Along with that vote went oppressive regulations, taxes, and preferential treatment of the clergy and nobles. Peasants now owned land, and some merchants, physicians, and artisans had attained wealth but no political power. That night also brought equal punishment for all classes; the opportunity of anyone being a candidate for public office—except Jews; the abolition of purchase of public office; and a better and fairer division of land. It also meant religious freedom from the iron grip of the Catholic Church, suppression of large payments to the Pope, removal of unmerited pensions, favoritism in taxation, and other benefits for ordinary people.

Wow, the people were heady with their success as the Assembly issued 19 Decrees; however, during the following years, various groups, including the king, tried to claw back some of the privileges taken from them. Freedom was in the air, and King Louis’ head was resting uneasily on his shoulders. He knew his head would be removed if the mob took total control. That happened when a group of insurgents led by the extremist Jacobins attacked the royal residence in Paris and arrested the king on August 10, 1792.

The following month, a Republic was formed, and the monarchists knew it was over. Louis lost his head literally in January of 1793, as did his wife Marie Antoinette nine months later. 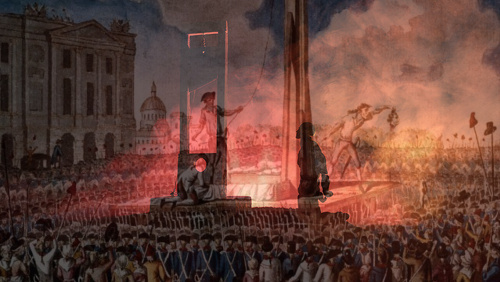 Different groups twisted the liberties (guaranteed by the 19 Decrees), creating a dictatorship and the Reign of Terror from 1793 to 1794, directed by Robespierre. In their attempt to remove every religious influence, Robespierre was appointed to the Committee of Public Safety, and he disempowered the Catholic Church.