This week saw higher metal prices with the mining stocks performing well. Silver had an incredible week, being up >$1/oz. for two consecutive days. Silver reached on all-time high and had its best week in a long time. Like two weeks ago, there were countless financings for junior stocks again this week, which are listed below. Earnings should start to be reported in two weeks or so. Some companies will report great numbers and others not so much, all depending on the impact of mining suspensions (if any) for every company. Regardless, Q3 numbers will be an absolute blow-out.

There was another round of financings this week as investor interest is very strong. This include:

Amarillo Gold: entered into an agreement with Mackie Research Capital Corporation for a $35.7 million private placement and a $21.5 million bought deal short form prospectus public offering for total gross proceeds of $57.2 million. The Company will use the net proceeds from the offerings to build the Posse Gold Mine and advance the Lavras do Sul exploration project, both in Brazil, and for working capital and general corporate purposes. This equity financing secures the equity portion of financing for the construction of the Posse Gold Project. The rest, of course, will be financed via debt. Like so many financings lately, Eric Sprott is leading this. Eric Sprott and Baccarat Trade Investments Ltd have committed to and subscribed for the whole private placement. This is a big vote of confidence in would could be Brazil’s next gold mine [this or Equinox Gold’s Santa Luz project]. 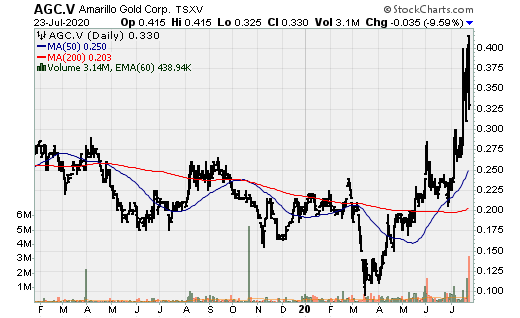 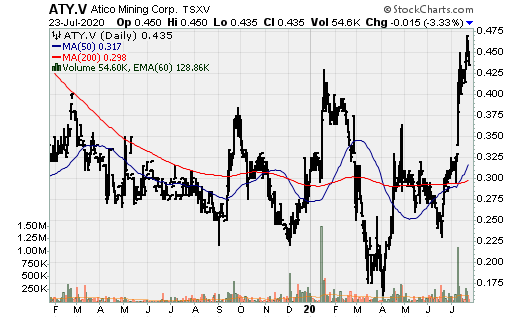 Aurcana: Flush with cash, as noted from the above financing, Aurcana will use the proceeds to advance its Revenue-Virginius North area in Colorado. Underground development is on-going and the proceeds will be targeted toward placing orders for long lead time equipment and completing the rehabilitation of the emergency escapeway. It also commenced a diamond drill program targeting the Virginius vein extension.