The Reckoning Is Here: The 2020 Summer Of Hate Will Be Known As The Straw That Broke The Camel’s Back Leading To A Second Civil War

The Reckoning Is Here: The 2020 Summer Of Hate Will Be Known As The Straw That Broke The Camel’s Back Leading To A Second Civil War By Susan Duclos – All News PipeLine 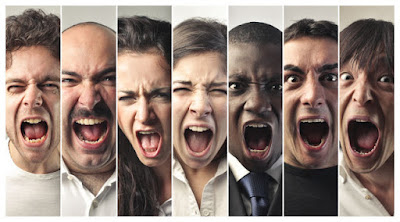 There is a lot that has happened, and is slated to happen in 2020. A presidential election in November.
A COVID-19 pandemic, with so many conflicting reports, infection rates and death counts, that all of the data is worthless at this point. Panic shopping leaving store shelves emptied of cleaning supplies, baking goods, toilet paper. Food supply chain disasters where millions of gallons of milk had to be dumped, cattle euthanized, and farmers had to destroy their own crops.

Tyranny, in the form of Medical Martial Law throughout the country, destroying entire economies, leaving tens of millions of people out of work.

With all that and more, including investigations into the “Deep State” antics regarding the Russian collusion hoax, the one specific “feel” to almost everything we are watching in the news, is anger, and hate.

Liberal cities imploding as rioters take over portions of their cities, while elected state leaders wring their hands and try to excuse their own lack of competence in getting control of their cities.

So-called “peaceful” protesters rioting for  more than 50 days straight, burning down minority owned businesses and vandalizing buildings in their own cities.

“Peaceful” protests do not cost the city over $500 million in damages… just sayin’.

Antifa and some in the Black Lives Matter movement harassing innocent people on the streets of liberally run cities.

Every day there is yet another example or examples of a nation sitting on a powder keg, as rhetoric becomes threats, strangers verbally and/or physically attack others over social distancing, as shown below when a woman completely loses her mind and pulls out her measuring tape while screeching at the top of her lungs because another woman was sitting close to other people.

The short less-than-a-minutes video below is the absolute embodiment of the craziness and insanity “normal” Americans are watching play out across the country.


That is not an isolated incident, not the exception to the rule. It has become the rule to simply throw a temper tantrum against people that are thinking, speaking or acting the way these “Karens,” disapprove of.

We have never before witnessed a time where violence is the first action that comes to mind, where destruction is the only thing certain groups of people understand, and where one political party would burn down an entire nation just to guarantee that a President is not reelected.

Politics has always been a rough and tumble game for those playing, but this has gone past an ideological, or cultural war, and has become a fight for survival and a battle to end all battles in the fight for our guaranteed constitutional rights.

It is, literally, the beginning stages of the second civil war, because there is a major difference that we haven’t seen in recent history.

Liberals aren’t the only ones angered now.

Conservatives, constitutionalists, veterans groups, patriots, second Amendment supporters and many many others have basically had enough of the antics on the part of liberals, the media (Yes, I know, redundant since they are now liberal activists), BLM, Antifa and Democrat politicians.

My headline came from a recent piece I read by Don Surber, where he refers to the Summer of Hate, stating the following:

Democrats are having a good old time these days, running around, torching churches, looting stores, pulling down statues, painting Official Graffiti on the streets, and hitting cops with baseball bats.

I say to each of them, knock yourself out because it is all fun and games until the election comes around and you have top pay for your Summer of Hate.

While Surber sees the blatant display of hate from protesters and rioters as something that will be politically advantageous for conservatives come election day, because Democrat politicians have hitched their wagon to rioters, I see something that goes way beyond politics and ideology. 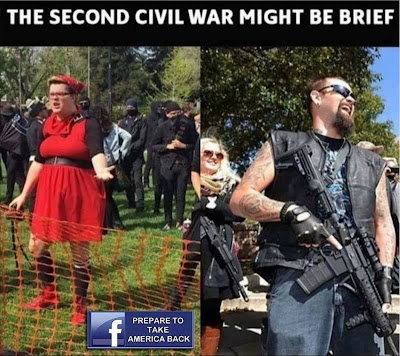 They are attempting to capitalize on liberal anger, somehow thinking the more they act out, the more they destroy and burn and vandalize will somehow be cheered by others liberals, and the media.