‘Violent Anarchists’ Ignored And Supported By MSM, As Media Lies Increase Ahead Of 2020 Presidential Election

‘Violent Anarchists’ Ignored And Supported By MSM, As Media Lies Increase Ahead Of 2020 Presidential Election By Susan Duclos – All News PipeLine 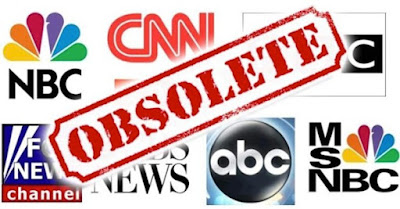 The most misinformed and uninformed segment of the U.S. population are those that only get their news from a major “news” outlet or multiple MSM sources, without bothering to do even a basic amount of research to verify what they are “reporting” or to check what the media is not reporting.

From the “violent anarchists” that have been rioting in Portland, Oregon for nearly two solid months, to the deliberate disinformation and out-of-context quotes led by CNN Fake News “journalist” Jim Acosta, to the insistence on the part of media that President Trump is at war with…. well just about everything under the sun as the Washington Free Beacon video compilation below so entertainingly shows, the establishment so-called mainstream media is completely hiding the truth of state of our nation from their audiences.

Example One of Media Malpractice: If you only watch the liberal establishment media, you would not know that for 47 days straight, Portland, Oregon,has been under siege with rioting, destroying federal and individual personal properties, and Antifa has generally turned the entire city into a warzone.

The Department of Homeland Security, using laws that allow them to go in and try to get some semblance of control if federal properties are involved, has a list starting from May 29, and updated up until July 15, 2020, listing the crimes and destruction, vandalism, arson and much more, committed by Antifa groups and members, while the liberal state elected officials do nothing but defend the domestic terror.

“The city of Portland has been under siege for 47 straight days by a violent mob while local political leaders refuse to restore order to protect their city. Each night, lawless anarchists destroy and desecrate property, including the federal courthouse, and attack the brave law enforcement officers protecting it.

“A federal courthouse is a symbol of justice – to attack it is to attack America. Instead of addressing violent criminals in their communities, local and state leaders are instead focusing on placing blame on law enforcement and requesting fewer officers in their community. This failed response has only emboldened the violent mob as it escalates violence day after day.

“This siege can end if state and local officials decide to take appropriate action instead of refusing to enforce the law. DHS will not abdicate its solemn duty to protect federal facilities and those within them. Again, I reiterate the Department’s offer to assist local and state leaders to bring an end to the violence perpetuated by anarchists,” said Acting Secretary Chad Wolf

Read the entire list of Antifa crimes ignored and approved by Portland Major Ted Wheeler at the DHS website.

Those thinking the claim that Wheeler is ignoring and/or approving of this type of domestic terrorism on the part of Antifa, simply need to see his own assertion that the it is the federal forces causing violence, despite the fact that the feds didn’t step in for over a month.

Example Two of Media Malpractice: During a White House press conference, when the question of  President Trump’s stance on wanting children to go back to school in the fall, his press secretary Kayleigh McEnany, made the following statement: