It has been dubbed a “culture war,” where a variety of groups clash over their core beliefs, values and ideology.

No one dare call it a “political war,” or  next civil war, despite the fact liberals back one “culture” while conservatives back another. In fact when it comes to social issues there is not much these two core groups agree on, they are quite literally at war on nearly every topic.

When I say quite literally, I am talking about blood in the streets, children being shot in liberally run cities at an increasing rate. Those cities being some with the most stringent “gun control” laws in existence.

I am talking about rioting, in some places continuously.

I am talking about thugs being able to take control of entire portions of Seattle with the support of liberals across the country, including the MSM, and the Democrats running the city, with police abandoning the area and people being shot and murdered without law enforcement to step in.

I am talking about millions of babies being murdered in the womb, as liberals call it “reproductive rights,” when actually there is nothing being “reproduced” because they are killing the baby.

I am talking about white and black liberals insisting that Democrats “own” black voters, and any black conservative that speaks out, is called a “coon,” and “uncle Tom,” or other names to degrade them. If they are not being called names, they are talked down to, as will be seen below with the Debra Messing/Nina Turner exchange.

I am talking about the war by liberals against Christianity, as conservatives are the majority of the religious faithful.

I could go on, but the pattern here is pretty clear, almost everything a conservative Republican stands for is being attacked by liberals.

Now it could also be said, and usually is by liberals, that everything they stand for is being attacked by conservatives.

In a way that is true, conservatives abhor killing babies aka abortion, and fight against it every chance they get.

Conservatives do not believe there are (checks notes) hundreds of “genders.”

Conservatives speak out against the tearing down of historical monuments because liberals’ feelings are hurt.

Conservatives do not require “safe spaces” or “trigger warnings” in order to have a discussion. 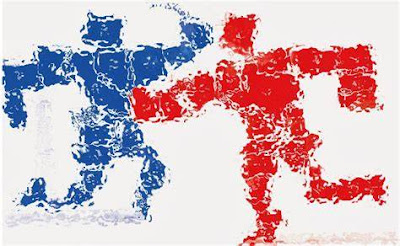 IT IS NOT A CULTURE WAR, IT IS THE START OF CIVIL WAR

The next civil war, which many of us believe the foundations have already been laid out for, and has begun to go hot, will not be the North versus the South. It will not be a race war, blacks versus whites, no matter how hard liberals try to convince people it is. It will not be law enforcement and military against Americans.

It will be…. no, it is the left versus the right, the liberal communist faction of America against the conservative capitalist faction, and it has nothing to do with culture..

Next we see black CNN talk show host Don Lemon, with American black actor Terry Crews, discussing the Black Lives Matter organization, with Lemon defending their refusal to address black lives by other blacks. Lemon’s claim is that those dead black children are “not what Black Lives Matter is about.”

Crew made his position very clear.

White liberal actress (if you can call what she tries to do, acting) Debra Messing, responded to a comment by claiming that Kanye West’s announcement or PR stunt claiming he is running for president, is West’s way of “trying to take you g black voters from Biden.”

Black Ohio state Senator, Nina Turner, a black woman took Messing to task for daring treat black voters as if anyone “owns” them.

You just can’t stop dipping can you @DebraMessing ? Your connotation is racist🤬.

1. Black voters are not owned by anyone. Our vote should be earned every election cycle. 2. We can think for ourselves & don’t need your help. 3. Sometimes it’s best to stay out of family business.

Messing decided to clap back at Turner, “white-splaining”  why Messing knows more about black voters than Turner.