One Stunning Development Could Give The Democrats/Globalists A Heart Attack!

One Stunning Development Could Give The Democrats/Globalists A Heart Attack! By Stefan Stanford – All News Pipeline

Where Are The ‘Fast And Furious’ Guns From Obama’s Gun Running Scandal? Everything Happening In 2020 Is Part Of The Democrats PURE EVIL Plans To Get President Trump Out Of Office By 2021

As 2020 races past the midway point and this year becomes arguable the most surreal year that America has ever seen, we’ll have to double-down on the theory that EVERYTHING now happening, from the Covid-19 bioweapon attack upon America to the Democrat-backed domestic terrorists attempting to burn down US cities, have been completely ‘fabricated’ events by the God-less democrats and their ‘partners in crime’, the globalists, to make sure President Trump doesn’t win again in November.

With these devils long working towards America’s destruction being handed a major setback in 2016 with the election of President Trump, does anyone really think that ‘the enemies of Americans within’ will ‘allow’ him to win again in 2020, especially considering the 3+ year long ‘pity party’ the Democrats have been throwing for themselves while committing treason and sedition in an attempt to get him out of office by ‘whatever means necessary’ ever since he crushed Hillary in 2016?

And with Democrats in Washington DC and holding high political offices across the country leading the war against the police in 2020, meaning Democrats are at war with ‘law and order’, General Mike Flynn recently expressed the utter urgency of the situation in a new story over at the Western Journal within which he warned of the dire mess America will soon be in if Americans don’t put a stop to their evil plans.

With no doubt that all of these riots are being ‘engineered’ by that 2% General Flynn warns us of, and as we had reported on ANP back in May, many incredibly ‘sinister signs’ that the covid-19 bioweapon was released due to the Democrat/deep state failed attempt to impeach President Trump to instead grind America’s once thumping economy to a halt, the next 3+ months leading up to the election will clearly be among the most important months of many of our lives.

So we’re going to take a look at General Flynn’s story here before we continue below with a look back at the Barack Obama ‘fast & furious’ scandal that may have left thousands of weapons in the hands of the left-wing mob as well as looking at more evidence that the far-left is being supported by China along with another story delivering a shocking new twist that could give the Democrats/globalists heart attacks in 2020 but first, from General Michael Flynn:

The more I’ve thought about this phrase, the more I believe it. There is now a small group of passionate people working hard to destroy our American way of life. Treason and treachery are rampant and our rule of law and those law enforcement professionals who uphold our laws are under the gun more than at any time in our nation’s history. These passionate 2 percent appear to be winning.

Despite there being countless good people trying to come to grips with everything else on their plates, our silent majority (the indifferent) can no longer be silent.

If the United States wants to survive the onslaught of socialism, if we are to continue to enjoy self-government and the liberty of our hard-fought freedoms, we have to understand there are two opposing forces: One is the “children of light” and the other is the “children of darkness.”

As I recently wrote, the art and exercise of self-governance require active participation by every American. I wasn’t kidding! And voting is only part of that active participation. Time and again, the silent majority have been overwhelmed by the “audacity and resolve” of small, well-organized, passionate groups. It’s now time for us, the silent majority (the indifferent), to demonstrate both. 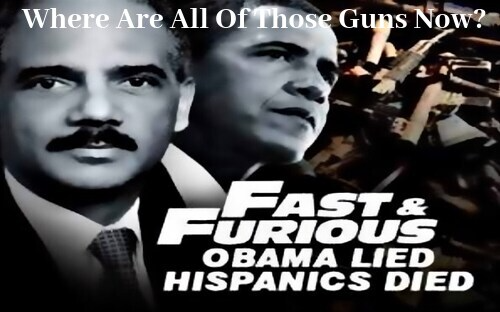 Before we continue, we have to take a look back to the year 2011 and the gun-running scandal dubbed ‘fast and furious‘ run by treasonist Barack Obama. While Forbes had reported back in September of that year that ‘fast and furious’ just might be Barack Obama’s ‘Watergate’, we all know that Obama was never harmed one bit by that ludicrous scandal (imagine if it were President Trump running ‘fast and furious’) but have to ask, where are all of the 2,000 or so guns Obama’s DOJ illegally sold?

As Frank Miniter, who wrote the Forbes article back in 2011 and is the author of Saving the Bill of Rights and The Ultimate Man’s Survival Guide had asked within his story:

“Why a gunrunning scandal codenamed “Fast and Furious,” a program run secretly by the U.S. government that sent thousands of firearms over an international border and directly into the hands of criminals, hasn’t been pursued by an army of reporters all trying to be the next Bob Woodward or Carl Bernstein is a story in itself.”