Imagine All Of America A Lawless Nation Where Rioters, Looters, Arsonists & Savages Have Free Reign

One would have to be deaf, dumb and blind to miss the war on law and order, the movement throughout the Democrat/Liberal party to “defund the police,” and the lawlessness in the Seattle zone taken over by punks, thugs and Warlords.

After all the media has been hailing them as righteous, highlighting the “fun,” and the “summer of love,” while either down-playing or outright ignoring the rising death toll and destruction throughout America.

Make no mistake, these people are not protesting the death of George Floyd, a black man in police custody, nor the horrible way he died at the hands of a white cop….. they are using Floyd as an excuse to riot, burn stuff down, attack police and white people alike, and basically act like savages. 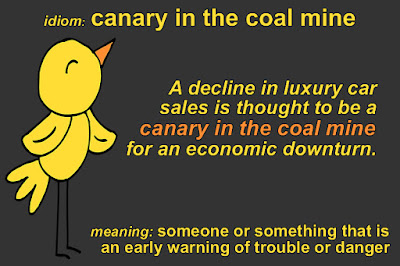 CANARIES IN THE COAL MINES

Below we will discuss just two examples of the “canaries in the coal mines,” which highlights what all of America would look like if the “defund the police” liberal movement had their way.

In the land of CHAZ, or sorry, they renamed it CHOP I believe, the police were ordered to abandon a police precinct, handing over a six-block section of Seattle, Washington, to these savages.

Please save the righteous anger with claims that I am calling “black” protesters savages, because this little slice of hell in Seattle is full of young white protesters as well as black and I think I saw some Hispanic thugs as well, and they are all a bunch of little savages acting like children left home without any parental presence for far too long.

Well, after the liberal leaders of Seattle, the Mayor and the Democrat Governor of Washington decided to allow a portion of their city to be taken over, filling all their storefronts with graffiti, looting their small businesses, and acting like it is all one big, dangerous game, claiming they were no longer part of the United States of America, but were in fact an “autonomous zone,” someone started a fire in their little slice of hell on earth.

Who did they call? Certainly not their own fire department, because they hadn’t thought far enough ahead, or are not at all clear what “autonomous” means, and they don’t have anyone capable of putting out the fires they start, so they demanded an American police department to come put out their fire.

So much for being “autonomous” huh?

I am pretty sure had the state been run by conservative elected officials, that fire department would have flipped them the finger and not bothered going into “another country.”

Over Father’s Day weekend, the shooting began in CHAZ/CHOP and one person died, with another injured.

Once again those people from “another country,” aka CHAZ/CHOP, needed help, so they called the police. Yes, the same police liberals are demanding be defunded, to come and help.

Once the call had come in, police from another precinct had to travel to get there, then wait for appropriate manpower before entering what is clearing a hostile zone, shown in the video below, at which time one victim was dead, another in critical condition.

Of course the residents of CHAZ, CHOP or whatever they are calling themselves this week, blamed the police for not getting there fast enough, completely abdicating responsibility for the decisions they made to live without any law and order.

Watch the body-cam footage below:

Moving along to Chicago, Illinois, now. Another state and city run by liberal Democrats.

Chicago is by far one of the most liberally run cities in America, with some of the most stringent gun control measures, yet one of the highest gun-related crime rates, especially murders in the nation.

Of course, the murders in Chicago are black-on-black crimes so the media barely even mentions the weekly murder data.

To these Floyd protesters, Antifa groups and Black Lives Matter, black lives only seem to matter if a white person is involved in the death.

In Chicago, over Father’s Day weekend, nearly 70 people were shot, with 10 fatally wounded, including 4 children. A toddler and three teens were among the dead.