Childlike, Mentally Unstable And Turning The City Into The Laughing Stock Of America

Childlike, Mentally Unstable And Turning The City Into The Laughing Stock Of America By Susan Duclos – All News PipeLine

You Couldn’t Make This Up! Democratic Insanity Seen Perfectly In The ‘Seattle Superheroes’ aka CHAZ ‘Night Patrol’

Most everyone already knows about the portion of Seattle that has been dubbed “CHAZ,” short for “Capitol Hill Autonomous Zone,”where lawlessness rules, and the local police station was abandoned, on orders from the liberal city leader, and has been blocked and barricaded by a group of…… seriously, I don’t know what to call them because “people” implies some type of sentient thought.

Anyone that thinks I am being sarcastic, watch the most dumbfounding 17 seconds of this entire fiasco. Please understand this is not a joke, not a hoax, these childlike and seemingly mentally handicapped entities are the “night patrol,” for CHAZ.

They call themselves “The Seattle Superheroes.”

For the record, their “medic” dresses in Medieval armor. True story. 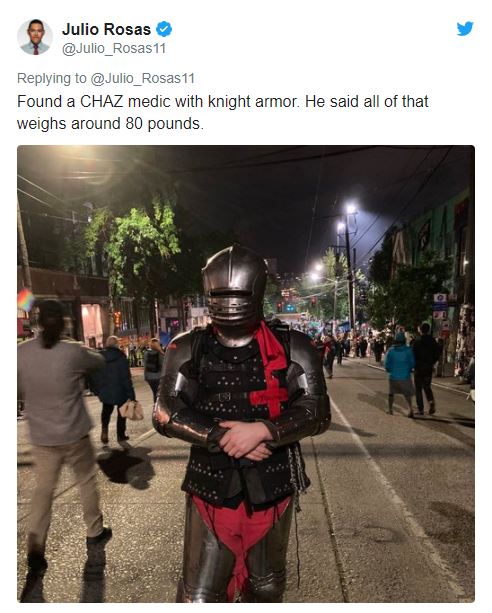 The liberal governor, Jay Inslee,  has done absolutely nothing to take back the six-blocks of Seattle that the domestic terrorists, run by a “warlord” who is extorting money from local businesses, have taken over. In fact after these anarchists took over the six blocks, Inslee told reporters it was “news to him,” and that he didn’t know about it.

The liberal Democrat Mayor, Jenny Durkan, took it even further and called them peaceful despite reports of “sexual assault, food shortages, allegations of extortion, and the rise of a warlord,” and she referred to what they have done as “patriotism.” 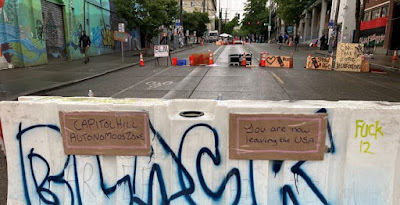 While I  talk, and even write about this whole ridiculous situation in a sarcastic manner, aside from the utter capitulation by Seattle and Washington state leaders to these freaks, there is the serious matter of whether these people occupying this “zone” are even capable of caring for themselves, let along a group as big as they have.

Think about the following points.

1) If any of these people owned, or even rented a home of their own, or with someone else, would they actually be living in this six-block radius, just letting their homes sit empty while paying rent/mortgage and utilities for an unoccupied home?

2) If they are begging the outside world for supplies, a lot of them, isn’t that the exact opposite of autonomous?

3) The very nature of some of their requests, are more indicative of spoiled children than of anyone seriously trying to make a point or truly trying to usher in change.

Case in point: They are asking for food and drink donations because they are incapable of feeding themselves without outside help.

Another example: They are begging for clothing, but demanding they be brown, and that logos be removed before sending them over.

Need more? Alright. Despite claiming they are no longer part of the USA, and declaring the zone autonomous, they had to call in outside help from the fire department after a fire broke out.

Shouldn’t they have their own fire department, I don’t know, before declaring their independence from America?

4) Another interesting point is that sometimes plants were planted in their “community garden,” other times the planter was just set on top of the soil, along with a confusing amount of cardboard under the soil.

Originally there had a sign posted which stated “This garden is for black and indigenous folks and their plant allies.”

Soon another sign was posted which stated “This is a community garden all are welcome.” 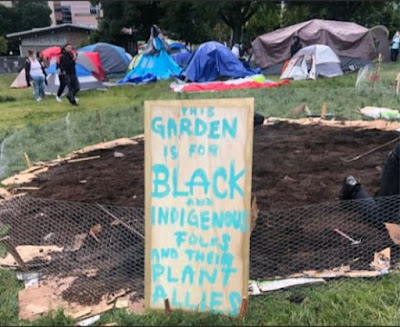 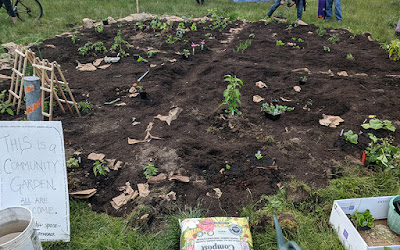