As The Mainstream Media Self-Implodes With Their Leftward Lurch, They’re Now Letting The Children Run The Daycare AKA Newsroom

As The Mainstream Media Self-Implodes With Their Leftward Lurch, They’re Now Letting The Children Run The Daycare AKA Newsroom By Susan Duclos – All News PipeLine

– American’s Trust In The MSM Has Fallen Off The Cliff

Over the years, or rather decades, the establishment media aka the MSM has moved further left each year.  In coordination with that leftward lurch, trust in the media by Americans has dwindled.

While individual polling numbers rarely matter anymore, they are almost always wrong, polls are good for seeing a long term pattern, as Gallups trust in the media surveys show clearly.

In the long term graph below, we see certain years have a spike here and there, but overall the media downward trend is a glaring indictment of their credibility. 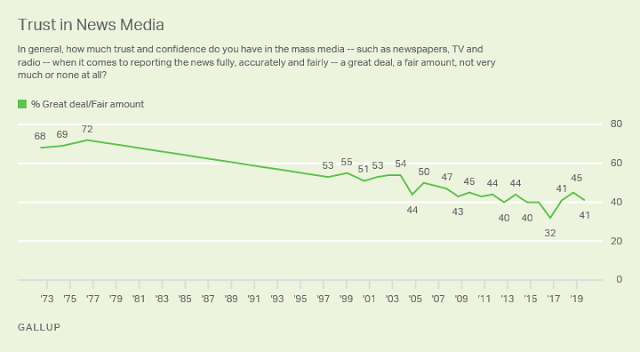 That is a pretty definitive decline and it directly coincides with the steadily leftward liberal bias.

THEY JUST HANDED THE DAYCARE OVER TO THE CHILDREN

What does the media do in response to their historical downfall? They move even further to the left and start allowing low level employees, acting like little children that cannot handle seeing an opinion other than their own, total control of their newsrooms.

Think I am exaggerating? Let us look at the evidence.

Exhibit A: New York Times allows Senator Tom cotton to write an op-ed titled “Send In The Troops,” offering up the opinion that the military may have to quell the rioting that has been seen over the last week over the death by cop of George Floyd.

In his op-ed, Cotton defended the invocation of the Insurrection Act, claiming that “rioters have plunged many American cities into anarchy,” with looting that has nothing to do with Floyd’s death, and that an “overwhelming show of force” is needed to “restore order to our streets.”

The toddlers of the New York Times had a complete hissy fit that Cotton’s opinion was allowed to be run in the NYT’s. Started screaming about him putting their black workers in danger, without any proof whatsoever that there was any danger at all to any employee….unless of course those same employees were out burning down cities and looting stores and businesses.

The swift backlash, which spilled out on Twitter, came from dozens across the organization and included opinion writers, reporters, editors and magazine staffers. Several tweeted the same message – “Running this puts Black @nytimes staffers in danger” – with a screenshot of the editorial’s headline, “Tom Cotton: Send In The Troops.” 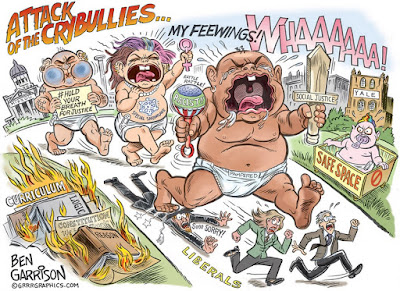 The temper tantrums on social media and within the newsrooms aren’t even the most disturbing part of this whole thing, but the capitulation by those supposedly in charge, is quite concerning and most likely indicates the last gasp for the establishment media.

First the NYT Opinion Editor, James Bennet, took to social media to defend having published a counter opinion to those that have consistently been published at NYT.

Bennet explained how the paper had bent over backwards in defense of the protesters, then stated “Times Opinion owes it to our readers to show them counter-arguments, particularly those made by people in a position to set policy.”