When the establishment media finally deigns to report an issue, especially one they spent months denying, it is clear said issue has gotten so far out of control they cannot hide it anymore.

Independent Media readers will not be as surprised, but the sticker shock for those that depend on the so-call “mainstream media” to stay informed, is going to be brutal.

Not only are stores having an issue keeping their meat department stocked, but prices for meat and  now carrots, potatoes, other produce, bakery goods, cereals, and much more are seeing skyrocketing prices in grocery stores, which apparently are here to stay for the foreseeable future.

Below the article there will be some items we found to still be in stock for delivery as readers have kindly expressed their desire for us at ANP to continue to research and provide links to items either still available or back in stock.

Whereas the media admitted weeks ago there were meat shortages, or rather grocery stores were having trouble keeping their shelves stocked, they insisted it wasn’t a “shortage,” but rather a supply issue.

Consumers truly don’t care what it is “officially” called, they care whether there is food on the shelves for them to buy. They care if they are able to feed themselves and their families.

Now the establishment media is willing to use the word “shortage,” only having waited long enough for the issue to go way beyond just meat, as multiple reports are out about other shortages. The food that is available, has seen prices increase, skyrocket in certain areas and could, probably will, continue to rise.

A reader sent us over a couple of pictures earlier this week, which shows both the empty meat shelves and the unbelievably high prices at Walmart for beef. 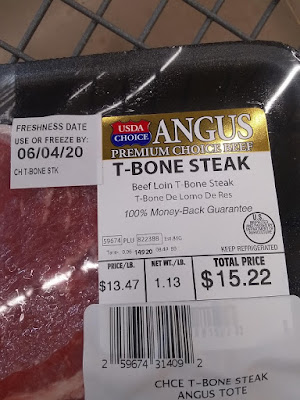 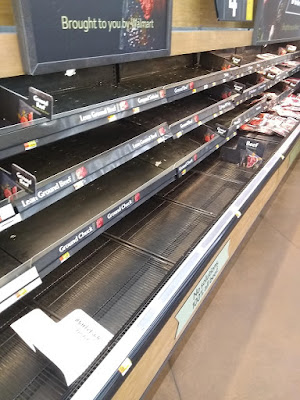 Since the state/city was not mentioned, I decided to look at the Walmart website for meat prices to get an idea if this was a geographical hike or if we are seeing these types of outrageous price hikes all around.

Just a look at beef prices tell us quite a bit.

Also note that two of those show limited stock “Only (insert amount) left!”

Pork and Chicken prices are also showing an increase, with chicken having certain cuts reasonable priced with other cuts ridiculously high. We also have seen more “Only X in stock,” nots and “out of stock” notes on quite a few meat products.

Readers can see for themselves at the following links – Pork Search/Chick Search.

Those are the prices now, June 2, 2020, and are expected to continue to rise.

While we have focused on meat in our recent food articles, and we have been previously told by readers that items such as flour has been limited in selection at grocery stores, we now see reports that the shortages and price hikes go far beyond just meat.

Overall, the cost of food bought to eat at home skyrocketed by the most in 46 years, and analysts caution meat prices in particular could remain high as slaughterhouses struggle to maintain production levels while implementing procedures intended to keep workers healthy.

While price spikes for staples such as eggs and flour have eased as consumer demand has leveled off, prices remain volatile for carrots, potatoes and other produce because of transportation issues and the health of workers who pick crops and work in processing plants.

“Our biggest concern is long-term food costs. I believe they will continue to go up,” said Julie Kalambokidis, co-owner of Adriano’s Brick Oven, a restaurant in Glenwood, Iowa.

Tamra Kennedy, who owns nine Mexican-inspired fast food franchises in Iowa and Minnesota, joined Kalambokidis on a call set up by Iowa U.S. Rep. Cindy Axne and said sometimes even getting essential ingredients is difficult.

“You can pick an ingredient and I can tell you there are shortages,” she said.

As for the meat prices,  Politico recently reported the “Agriculture Department and prosecutors are investigating whether the meatpacking industry is fixing or manipulating prices,” due to the low cost of cattle, yet such sharp increases in prices for the processed meat.