A Bunch Of ‘Karens’ – Why Are Female High Profile Democrats So Miserable, Angry And Hate-Filled?

A Bunch Of ‘Karens’ – Why Are Female High Profile Democrats So Miserable, Angry And Hate-Filled? By Susan Duclos – All News PipeLine

Can you name a female Congress person not of your state? Either in the U.S. Senate or the U.S. House of Representatives?

Undoubtedly almost all of us can name at least one, most likely due to something in the news spotlighting her, or her actions.

Unfortunately national negative news sticks in the mind far longer than good news does. Perhaps that is the medias’ mindset of “if it bleeds, it leads.” Whatever the reason, when thinking of a female politician, generally, whether you are a conservative or a liberal, it is a Democrat female that comes to mind.

If asked, there is a very high probability that both conservatives and liberals would name the same people. Not because that woman was in the news per se, but more than likely because of why they were in the news.

Liberals would highlight that Democrat politicians because they believe in the socialist, nanny-state and communistic causes, such as The Green New Deal, Medicare-for-all, or in the case of Nancy Pelosi because she is willing to put party above the country as long as it means hurting President Donald Trump….. liberals absolutely love her for that.

We also note it is the female liberal governors that have implemented some of the most draconian and tyrannical lockdown rules during the COVID-19 pandemic.

Below, we are going to discuss the reasons for all this. 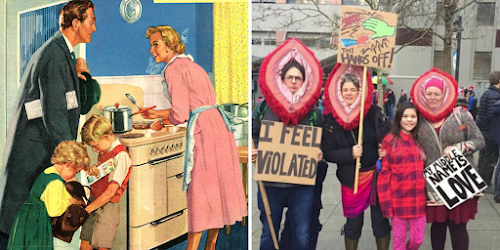 Let us start with the cornucopia of studies, researches, and polls going back to at least 2006 which all conclude that conservatives are happier, more generous to charities, and generally less miserable collectively than liberals.

In 2006, LiveScience reported on a Pew Reaserch Center study which found “Republicans Happier than Democrats.”

That study had some key findings which include, but are not limited to:

• Republicans are happier than Democrats

• People who worship frequently are happier than those who don’t.

• Married people are happier than the unmarried.

In 2008, NYT writer Nicholas Kristof, lamented in an opinion article how unhappy he was to find out that his party, Democrats/liberals, gave far less to charities that Republicans/conservatives.

Liberals show tremendous compassion in pushing for generous government spending to help the neediest people at home and abroad. Yet when it comes to individual contributions to charitable causes, liberals are cheapskates.

Other research has reached similar conclusions. The “generosity index” from the Catalogue for Philanthropy typically finds that red states are the most likely to give to nonprofits, while Northeastern states are least likely to do so.

In 2015, ScienceDaily reported “A new study by University of Utah sociologist Nick Wolfinger and a colleague from the University of Virginia reveals that Republicans tend to be happier in their marriages than Democrats, and are less likely to be divorced.”

While the actual percentages of a study, research project or polls, are subject to some critical breakdowns to determine if those percentages are correct or in many cases way off, what can be said  is that when the same pattern emerges, time after time, year after year, study after study, than some general conclusions can be made.

In this case, the simplicity of some of the headlines are accurate.

Republicans/conservatives and happier than Democrats/liberals.

I’ll take it a step further and say, as a woman, we are collectively more vocal than men, so we can safely surmise that the natural conclusion here, is that liberal women are more likely to be unhappy or miserable than conservative women. 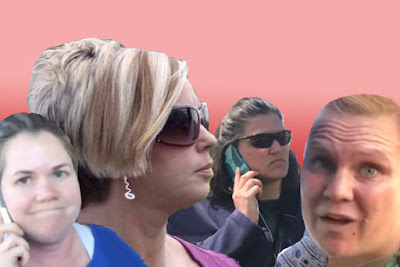 A BUNCH OF KARENS’

The Urban Dictionary describes a “Karen,” in the following manner:

A Karen is a kind of person who is unhappy when little things don’t go their way. They are a, “Can I speak to your manager?” kind of gal. The b*tchy soccer mom of her friend group that nobody likes.

Shrill, miserable, always angry about something.

Now think of the most high profile woman that we often see in the headlines…. mostly Democrats and usually complaining, whining, seeing everything as a “half empty” glass-type issue rather than optimistic.