Quarantine To Take ‘A Dark New Twist’ As Globalist Rag Warns Of ‘Dark Times Ahead’ For America?

Quarantine To Take ‘A Dark New Twist’ As Globalist Rag Warns Of ‘Dark Times Ahead’ For America? from All News Pipeline

– More ‘Predictive Programming’ Being Carried Out Before Our Eyes? Preparing For A Grid Down Scenario 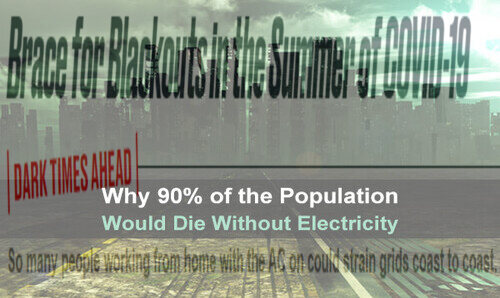 By Stefan Stanford – All News Pipeline

According to this new story (saved at archive) over at the left-wing rag ‘the Daily Beast’, “quarantine is about to take a dark new twist”. With their story warning that the combination of the arrival of  summer and the hot weather that comes with it AND millions of Americans working at home due to covid-19, electrical grids across the country could be stretched beyond capacity, their story warned to ‘brace for blackouts in the summer of covid-19’.

Just the latest warning we’ve gotten this month of a potential grid down scenario in the US, Peter Navarro recently warned of a new ‘threat’ to America that could be much more crippling to the US and our economy than covid-19 and leave America’s economy in utter ruins; China taking down America’s entire power grid via an electro-magnetic pulse attack or a devastating series of cyber attacks.

Navarro, the Assistant to the President and Director of Trade and Manufacturing Policy and the national Defense Production Act policy coordinator, recently warned of the very real possibility of war on the horizon with China over coronavirus backlash and not surprisingly considering the evolving scenario, back on May 1st, President Trump and the White House published Executive Order #13920, an E.O. written to protect and secure America’s entire bulk power grid system.

We have embedded that E.O. at the bottom of this story for you to read in full and with the E.O. beginning “I, DONALD J. TRUMP, President of the United States of America, find that foreign adversaries are increasingly creating and exploiting vulnerabilities in the United States bulk-power system“, we felt it best to revisit some ‘grid down scenario prepping’ with warnings now coming from several different sources about the potential of the US grid going down over the summer.

And while we’ll pray that any grid down scenario in the US isn’t long-term because any long-term blackouts will bring with it nearly unimaginable consequences, including up to or more than 90% of Americans dead within the following 9 to 18 months should it be nationwide and the grid isn’t fixed, as we’ll explore within the next section of this ANP story, most Americans are totally unaware of the total havoc that would be unleashed. 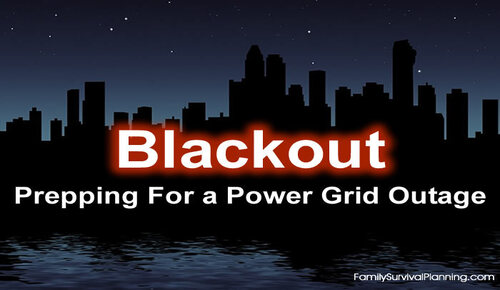 With multiple warnings having come out now of a grid down scenario in our future, including President Trump and the White House putting forth that much-needed ‘executive order’ to hopefully protect America’s power grids, as the website Urban Survival reported, a number of scary things would happen should such the grid go down long term that most Americans don’t think about at all.

When the supply trucks stop, no stores are going to get resupplied. It’s not that it matters much anyway, because those stores are going to be looted and then abandoned afterward anyway. This will guarantee that within a few short hours of the grid going down, life will already change dramatically because you will no longer be able to resupply yourself with the things that you need.

2. All The Stores Would Close

As was just mentioned, without the resupply trucks, stores and restaurants are most certainly going to be shut down. The only real question is, when will looting occur?