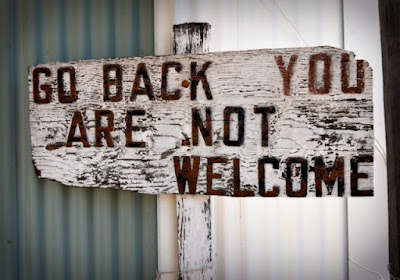 – Do Not Bring The ‘Chaos And Filth’ With You 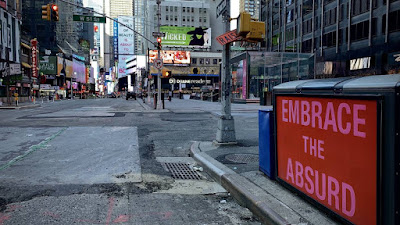 There appears to be a “great reassessment,” happening to those that live in what is being dubbed the “vanishing” city of New York and surrounding areas.

A city that bustled with activity, where everyone was scurrying like rats get where they were going, where rents could reach $4,000-plus on average (a month!!!), where neighbors very rarely even knew each others’ name and where many residents have learned during the COVID-19 pandemic that perhaps, just maybe, city life isn’t exactly what they want anymore.

Apparently rural living or at least being away from the hustle and bustle of large cities is becoming much more popular!

Who would have thunk it?

THE EXODUS HAS BEGUN

Granted, there have been cases of COVID-19 that have made their way into the suburbs and rural areas, but as has been reported previously the very nature of smaller cities, towns, villages and counties, where less person-to-person contact buffers the spread, means smaller towns and cities have fared far better than large cities.

We, along with others in the Independent Media, like Steve Quayle, have often said, the place you do not want to be during a crisis is where everyone else is.

Triple that sentiment when the crisis is a deadly pandemic where the very nature of big, busy cities increases the risk of exposure exponentially.

Apparently many living in New York, and other larger jam-packed cities, have discovered this mindset. Mostly because they are being inconvenienced and somehow when a lot of people go unemployed, they finally start realizing that tremendous rents, for small, tiny apartments and spaces, along with everything being more expensive, isn’t really a sustainable lifestyle in a crisis situation.

The hour.com recently published a piece first published by Washington Post that manages to capture the desolation, the pandemic lessons, as well as the sense of entitlement by some living in New York who are trying to decide if “city living” is really what they want anymore.

Some direct quotes caught my eye, which is rare for a Washington Post piece.

The first one is the person Wapo begins the piece with, which shows a sense of entitlement by someone that frankly small towns probably wouldn’t want, because life is much simpler in rural areas.

Setting the scene: The woman described had just lost her roommate because she lost her job.

• Shell was so financially strapped that she began inquiring about various night-life gigs, only to see covid-19 close all the bars and clubs. (“So that’s another job you can’t do in a pandemic.”) Still, her situation might have been bearable if the nearest laundromat wasn’t four blocks away.

Stopping here for a moment because I have to wonder, did her roomamte’s leaving or the COVID-19 pandemic somehow move the laundromat further from her apartment than when she first moved in?

Why is she blaming her current circumstances for the inconvenience of it’s location when she knew where it was before moving in? At least she should have.

Once again…. did she just realize her apartment was four stories up?

What really got caught my eye about this example is how very differently city slickers think than those that live in rural areas.

• “Everyone deserves space and basic amenities,” she said, lamenting how, in New York, many landlords deem a washing machine a “luxury” item. “It’s just insulting to come at us and be like, ‘We’re going to charge you an extra thousand dollars a month for this standard appliance that’s been in American households since the 1970s.’ ”

“It’s enough to make her contemplate leaving, for good.”

You get what you pay for.

Even with all the chaos, filth and struggle, nostalgics have long mourned every change in what they called the “vanishing” city. But calls to the city’s mental health hotlines have surged. Whether they have left, or whether they have no option to leave, New Yorkers are having to ask themselves whether the city they love is really still livable.

Who in their right minds mourns the loss of “chaos, filth and struggle?”

I will tell you who…. people like the next guy quoted who says “I’m a born-and-raised, do-or-die New Yorker because it was always a party, but the party is over.”

He’s heading to an unincorporated mountain town in Nevada. “I’m not getting my city back,” he said. “So I’m leaving before it gets to the point that I can’t get my mind back.”

Does he think he is going to find his “party” in the unincorporated mountain town in Nevada?