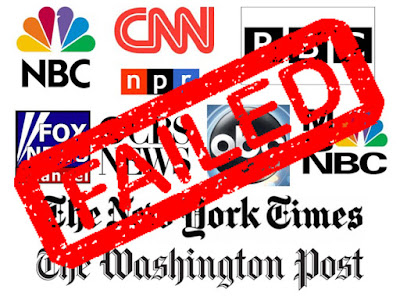 While I am never happy to see an individual lose their livelihood, where people are forced to wonder where their next meal will come from, whether they can pay their utility bills and keep a roof over their heads, I am noticing that in the eyes of many media personalities, reporters, news outlets and so-called journalists, their own jobs mean more than the millions of jobs that have been lost during the COVID-19 pandemic and the lockdown of America.

Let me back up a bit in order to capture the bigger picture.

In early May, Richochet Editor and homeschool Mom, Bethany Mandel put out a Twitter thread saying what millions of Americans have been thinking about this continued lockdown in states, which is quite literally destroying our economy.

Usually we would just show a couple key quotes, but to understand the extent of the liberal dishonesty and vitriol leveled against her, we’re going to highlight her whole six-tweet thread. 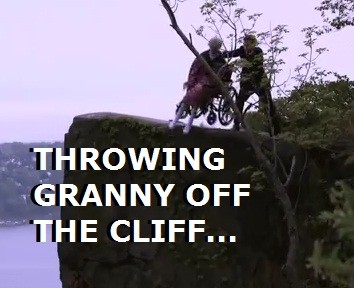 ‘YOU CAN CALL ME A GRANDMA KILLER’

As part of that thread, Bethany understanding the push-back that she was going to receive for her honesty, she used that sarcastic comment quoted above as part of her statement.

The entire thread below before showing the over-the-top meltdown from the media and liberals across the internet.

Bethany Mandel: “Remember when we were told we had to flatten the curve and we’d lockdown for a few weeks to ramp up PPE and free up ventilators or else we’d have to start death panels? When did that turn into indefinite lockdowns and economic destruction because ‘if it saves one life’?”

“This isn’t about greed. It’s survival. People can’t buy food or pay rent or mortgages. Small businesses are closing. Dentists and doctors are going into the red. Schools are going to start closing. This is the destruction of society we’re talking about.”

“There will be no pediatricians or general doctors or physical therapists or nurses or home health aides. No dentists. No zoos or aquariums. No private schools. No restaurants or caterers. No hairdressers or nail technicians. No gyms. No summer camps or daycares.”

“We never had ventilator shortages. My local pediatric ER converted to a COVID ward and now sits empty. What are we waiting on here? I’d genuinely like an answer. A vaccine? Because if that’s it, our society will be absolutely wrecked in the meantime.”

“You can call me a Grandma killer. I’m not sacrificing my home, food on the table, all of our docs and dentists, every form of pleasure (museums, zoos, restaurants), all my kids’ teachers in order to make other people comfortable. If you want to stay locked down, do. I’m not.”

As can be clearly seen, the thread was well thought-out, explaining the reasoning behind her disgust with the way the pandemic has been handled and the overreach of state elected leaders, specifically highlighting the pain and suffering of all sorts of workers.

The establishment media and internet liberals, well, all they wanted to scream is “Grandma Killer.”

The Washington Post actually allowed an entire article in their newspaper, headlined with “‘We are not worth killing Grandma,’ zoo animals agree,” where they mocked her concern for workers who have lost their jobs because of the lockdowns. (Archive.is link here)

I kid you not.

Ms. Mandel had a few words about their idiocy as well, captured by Twitchy.

Liberals lost their ever-loving minds over her statement, calling it a “quarantine breakdown. CNN analyst Joe Lockhart, responded online with “You’re a grandma killer yes. But you’re also a nurse killer, a doctor killer, a cop killer, a grocery clerk killer, a student killer, a 5 year old killer, a bus driver killer, a father killer who just had a child killer, a family killer. Good people take care of their community.”

MediaIte called it a six-tweet ‘rant,” while doing what the liberal establishment media simply loves to do, showed only two of the six tweets in order to scream “GRANDMA KILLER!!!”

Yes, ignore the context totally, as well as the intent of the statement, to score some cheap shots.

Other reactions included NYMag’s Sarah Jones calling Mandel a “sociopath,” and some verified blue-checked liberal on Twitter mocking Mandel with “I don’t care if you die, I’m taking my family to Outback Steakhouse!!!! Your grandma can CHOKE”

In searching for reactions to her statement, we see almost every liberal website out there completely melted down about the “Grandma Killer” comment, most of which didn’t even bother to show her entire thread for context.

They were probably scared their readers, when reading it all in order, would agree with Mandel.

The point here is that Mandel’s concern for Americans was treated as if she didn’t care at all about those sickened or who have died from the virus, when in actuality she was simply pointing out that the forced lockdowns are destroying lives, leaving people broke, scared and hungry. 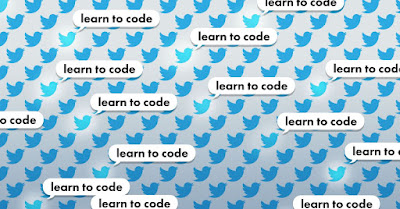 MEDIA NOW WHINING ABOUT LOSING THEIR OWN JOBS

Jump ten days forward and media personalities have suddenly developed a deep concern for people being put out of work….. or to rephrase, they have developed a concern for “media” employees losing their jobs.