Signs like the one seen above are being seen and reported  on from all across the country. Some limiting chicken, others beef products, and still others pork, if not all three at some stores.

Meat shortages have been a main concern as processing plants from coast to coast have been forced to close temporarily after employees were reportedly confirmed as having COVID-19.

THINGS THAT MAKE YOU GO HMMMMMM……..

Meat shortages are only one side of the coin, as images sent over to ANP on May 9, 2020, from Charlotte, North Carolina, Harris Teeter’s grocery store, a subsidiary of Kroger’s, clearly show, some stores are also seeing shortages of other products with signs saying “This item is unavailable from manufacturer.”

Those items include, but are not limited to soups, beans, spaghetti sauces and of course, toilet paper is still highly sought after and many shelves are emptying as fast as they can be restocked. 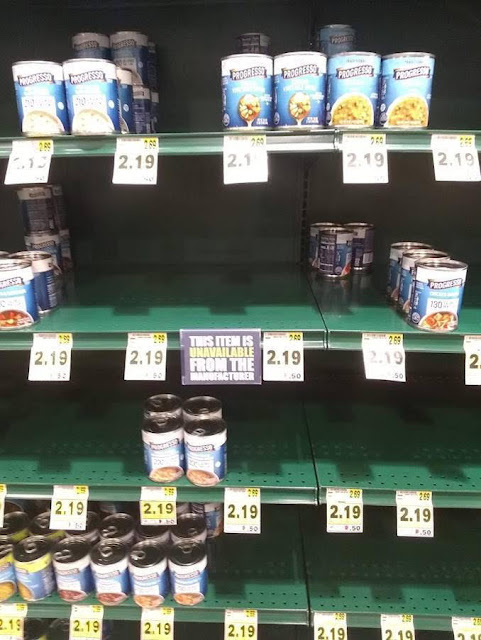 One of the things that make me go hmmmmmmmmmm about those are the signs specifically stating ‘unavailable from manufacturer’. That is not whole sections of shelving emptied because of ‘panic shopping.’ That particular sign is indicative of a lack of basic raw materials needed to make those products, as the reader who sent them pointed out in his email.

More images below showing he most definitely isn’t exaggerating the extent of the shortages. 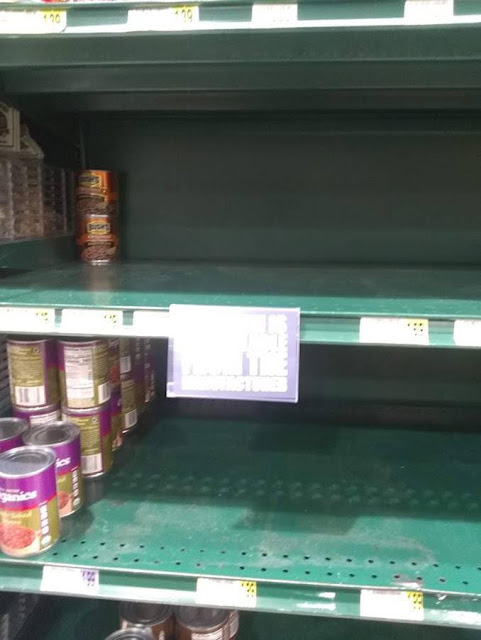 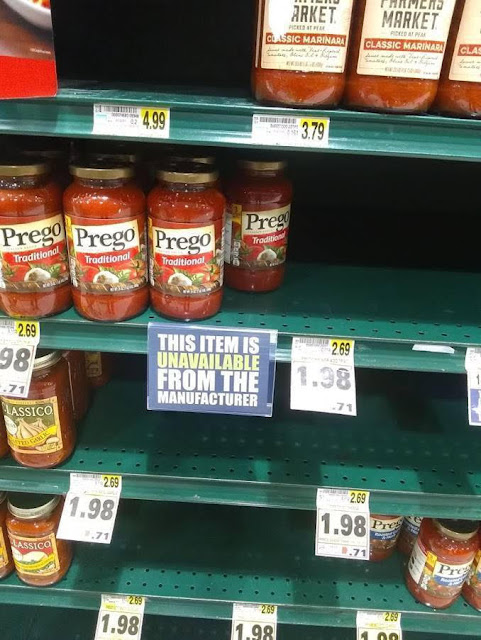 • The price of the meats, poultry, fish and eggs category rose 4.3%, fruits and vegetables climbed 1.5%, cereals and bakery products advanced 2.9%.

• The grocery numbers stand in stark contrast to the broader trend in U.S. prices, which fell 0.8% in April and clinched their largest one-month decline since 2008.

Sometimes a visual makes far more of an impact that any amount of text, so here is the price surge graph: 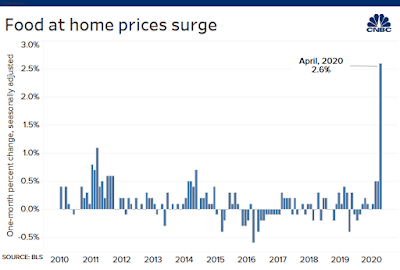 The prices have surged, the shelves are not able to be fully restocked because the manufacturers are either having trouble obtaining the raw materials, or are having many of their plants working at limited capacity for the same reason as the meat plants, but we are only seeing reporting on the sick employees of meat plants.

Either way, that is less at home food for Americans at a time when restaurants across the nation are forbidden to allow dining in, while those same Americans are seeing prices skyrocket.