This may be my most important article to date. Bill Gates went viral in several controversial interviews last month, advocating mandatory digital ID as proof of coronavirus vaccination as soon as a vaccine is available. The proof will be required, if Gates has his way, before anyone is allowed in large public gatherings.

Coronavirus is handing Gates the world he said he wanted 20+ years ago — a world he said he would do everything in his power to bring about. (Not the diseased aspect, but the changes coming with that disease.) How ironic (or is it?) for a man whose charitable work has focused on vaccinating the world against viral diseases. 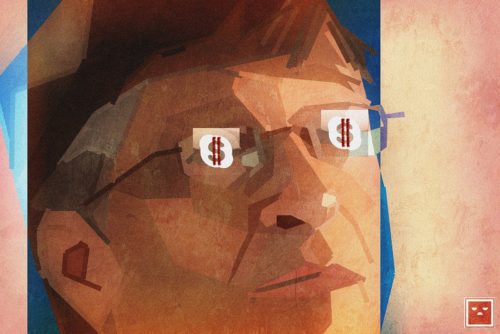 Bill Gates says proof of COVID-19 vaccination will be mandatory

It sounds like something straight out of the The Apocalypse, but Bill Gates has funded development of a digital tattoo that he now publicly says should be required for people to live in public now that a everyone in the world now lives under the overhang of the COVID-19 coronavirus.

One possible requirement … is the mandatory participation in a global vaccine program, underwritten by the Bill and Melinda Gates Foundation, Big Pharma and an assortment of other people who supposedly have the best interest of the global citizenry in mind.

MIT is working on a “quantum tattoo” that will mark you with an invisible identifier while also delivering a vaccine. Can you guess who is the premiere donor of the project? https://t.co/ZEWqCUVGwI pic.twitter.com/jFVip4DaqZ

If Bill Gates has his way, the government must make sure all people who participate in public events are vaccinated before they are allowed to join in the fun.

In a new interview, Bill Gates authoritatively states that mass public gatherings will not come back “at all” until we have mass vaccination. Who made him king of the world? https://t.co/siW7bZ9yGc … pic.twitter.com/ivaCI8eAEl

He created so much stir that some of the videos of Gates making that statement, which I saved links to as I composed this article, are “no longer available.” Gates referred in the videos to “immunity passports,” calling them a “digital certificate.” Other aspects of Bill Gates’ work indicate those “immunity passports” will be in the form of digital tattoos on the back of your hand or forearm.