Liberals, Leftists, Satanic Globalists Consider Elderly to be “Useless Eaters.” Is Covid-1984 Their Response By Susan Duclos – All News PipeLine

Something Very Strange Is Going On With New ‘Strains’ Of COVID-19 – Are What Globalists Consider to Be ‘Useless Eaters’ Being Culled?

We know that some people see the term “depopulation agenda,” and just wave it away as some type of “conspiracy theory.”

Yet from the Georgia Guidestones (image above) to the direct quotes from some very well known names, to Deagels’ projectionshowing that “by the year 2025 the US population will be down to 100 million people…with a loss of 237 million people or a 70% depopulation,” as Stefan Stanford recently reported, Agenda 21, Agenda 2030, along with the constant nags about the planet being “over-populated,” there is simply too much searchable and verifiable information to truly doubt there is a depopulation agenda.

Anyone that does doubt this agenda is being willfully ignorant as all they have to do is use any search engine and be capable of clicking links and reading to confirm.

“Useless eaters” is a term often bandied about by conspiracy theorists.. It is also sometimes used by survivalists and wrongly attributed to Henry Kissinger. It is also commonly ascribed to Ted Turner, Adolf Hitler, Thomas Malthus, and Bertrand Russell. Apparently, the term originated in Nazi Germany during the Holocaust as “nutzlose Fresser,” translating to “useless eaters.” It was first used in reference to the T4 program which targeted the terminally ill, the disabled (both physical and mental), mentally ill, and elderly people for “euthanasia”..from rationalwiki.

Remember Obamacare, the “death panels,” and how the elderly were being encouraged to plan for their death (end of life care) rather than trying to extend their lives with medications?

Liberals, leftists and globalists consider the elderly to be “useless eaters.”

The terminally ill, many times given experimental drugs in an attempt to extend their lives and the quality of life, are also considered “useless eaters.” To the globalists it makes no sense to “waste” the medications, the time or the facilities on someone that isn’t producing.

Anyone that doesn’t conform to the globalists/socialist agenda is considered a “useless eater.” After all those pesky climate change deniers are just a waste of space in the minds of the furthest to the left, the communists and the socialists…. aka globalists. 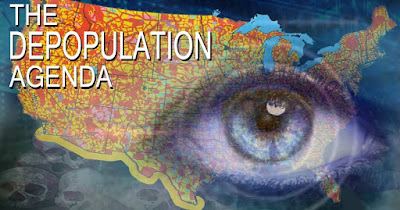 Ask The Students At Kent State…

COVID-19 IS BEING USED AGAINST THE ‘USELESS EATERS’

Let me be very clear here. I am not suggesting in any way that the COVID-19 coronavirus, which originated in Wuhan, China, was created to kill off the “useless eaters.” I will leave it to others to  speculate on why it was created, how it got loose (accidentally or on purpose), and  how there are many indicators that the virus was created as a bioweapon.

The point I would like to focus on in this article is how it is being used now that it is already a pandemic against those described as the “useless eaters.”
David vs. Goliath: How Poorer Nations Can Fight for Their Interests
Just a couple of examples listed below:

• Celebrities, politicians, and high profile people seem to have no problem getting tested when they need to be, while we hear story after story about the everyday Joe not being able to get tested, or lack of tests in lower income areas.

• Not only are the elderly at higher risk of death is infected with COVID-19, but apparently the number of deaths of the elderly in nursing homes has been downplayed and in some cases not reported in a timely manner.