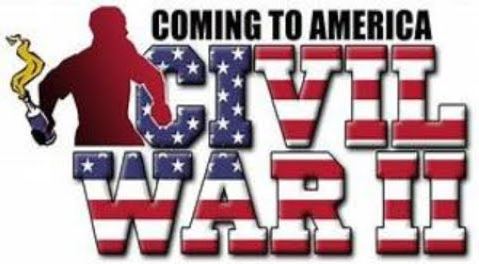 As we watch television media personalities lecture us about proper “social distancing” and quarantining when sick, as they break quarantine themselves while being confirmed COVID-19 positive, and walking around in public infected wearing their face mask around their neck rather than covering the mouth and nose, they are also the first to champion liberal governors across the nation cracking down on their uninfected citizenry while violating their civil rights.

Yes the uninfected are being ordered to stay at home unless it is “essential”  business, with state officials arbitrarily deciding what is and is not “essential.” Those same governors are demanding small businesses shutter, yet to those running those businesses and their employees, work is “essential” to feeding their families and paying their bills.

Some of the worst stay-at-home orders and expansions are from some the most liberal of governors. Such as “that woman governor,” from Michigan that decided to forbid people from visiting with their family and neighbors.

Or the New Jersey officials that arrested a woman for organizing a protest for a “prohibited event,”which  constitutionally she is guaranteed the right “peaceably to assemble, and to petition the government for a redress of grievances.” NJ also ticketed and charged others for utilizing their constitutional right to protest as well.

That same Governor Murphy was forced by Tucker Carlson to admit  that he “Wasn’t Thinking of the Bill of Rights,” when he implemented his stay-at-orders because it was “above his pay grade.”

“I , do solemnly swear that I will support and defend the Constitution of the United States and the Constitution of the State of New Jersey against all enemies, foreign and domestic; that I will bear true faith and allegiance to the same; and that I will obey the orders of the President of the United States and of the Governor of the State of New Jersey; that I make this obligation freely, without any mental reservation or purpose of evasion, and that I will well and faithfully discharge the duties of the office of in the upon which I am about to enter, so help me God.”

Yet he claims the bill of rights is “above his pay grade.” It could be argued that the office of Governor is above his intelligence level capabilities.

Moving along, the New York Major is asking residents to snitch on their neighbors to the state if they see someone not abiding fully by NY’s stay-at-home and “social distancing,” orders.

The media and liberal politicians had a field day because “8 Republican Governors,”  held out on formal “stay-at-home” orders despite the fact they closed schools and “urged” people to stay at home if possible.

We now have multiple states, all run by ultra-liberal politicians, threatening to extend & expand their stay-at-home mandates and forced lockdowns.

In the meantime the governors of Georgia, Tennessee, Ohio and South Carolina, all Republicans, are already being criticized by liberals across the board because they are rolling out a plan to reopen their state.

Most Republican run states tried to make their orders be as limited as possible, while attempting to flatten the curve of the virus infections, and are busting butt to get their states back open for business. Yet liberal Democrat states are heeing and hawing and trying to keep the total control with their boots on the necks of their residents, indefinitely.

Even during a pandemic liberals are doing what they always try to do, it is simply “politics as usual” for them.

Push for more state government control over their residents.

Liberals are pushing money for illegals, abortions, and other pet projects that have nothing to do with the pandemic in their pandemic response funding bills.