For years we and others have reported how the “elite,” meaning the ultra-wealthy had been gobbling up properties in New Zealand, having multi-million dollars luxury  “doomsday” bunkers built under ground with private airstrips above, in case of economic collapse, a terror attack, or any possible event that may cause civil unrest and for them to fear for their lives and make them desperate to hide.

Before showing the stark contrast between how the COVID-19 coronavirus is affecting one group as opposed to other groups, let me say I do not play  ‘class warfare’ games. I do not hate the rich for being rich and I do not think because someone is rich they “owe” me a thing. They either worked their butts off to earn what they have or someone in their family did at some point, therefore what is theirs should stay theirs. 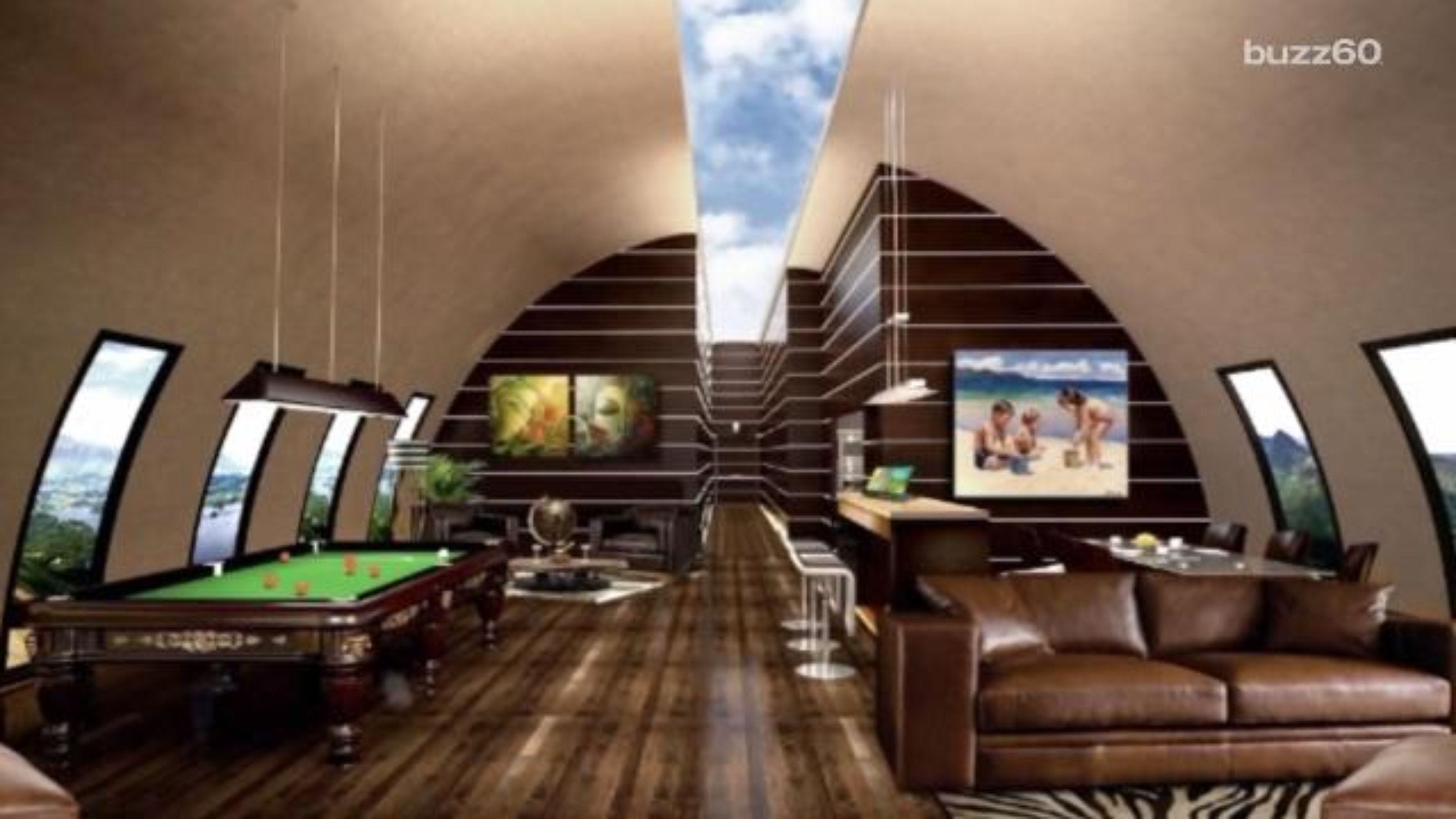 In a time of extreme crisis, which the COVID-19 coronavirus has caused with millions upon millions put out of work, others lining up across the country in miles-long food lines so they and their families don’t starve, to see stories of how the ultra-wealthy are fleeing to their bunkers in New Zealand, bunkers they never even visited after buying it or having it built, where their worst problem is they forgot the secret code to get inside, is one heck of a stark contrast.

As coronavirus infections tore across the U.S. in early March, a Silicon Valley executive called the survival shelter manufacturer Rising S Co. He wanted to know how to open the secret door to his multimillion-dollar bunker 11 feet underground in New Zealand.

The tech chief had neve­r used the bunker and couldn’t remember how to unlock it, said Gary Lynch, general manager of Texas-based Rising S Co. “He wanted to verify the combination for the door and was asking questions about the power and the hot water heater and whether he needed to take extra water or air filters,” Lynch said. The businessman runs a company in the Bay Area but lives in New York, which was fast becoming the world’s coronavirus epicenter.

“He went out to New Zealand to escape everything that’s happening,” Lynch said, declining to identify the bunker owner because he keeps his client lists private. “And as far as I know, he’s still there.”

For years, New Zealand has featured prominently in the doomsday survival plans of wealthy Americans worried that, say, a killer germ might paralyze the world. Isolated at the edge of the earth, more than 1,000 miles off the southern coast of Australia, New Zealand is home to about 4.9 million people, about a fifth as many as the New York metro area. The clean, green, island nation is known for its natural beauty, laid-back politicians and premier health facilities.

The article goes on to describe how the bunker builders are creating massive 300-person bunkers and fielding calls from other prospective clients wanting to have shelters built for themselves, bunkers with luxury items such as a gym, theaters, game rooms, shooting ranges, etc.

The entire article can be read at MSN.

We see that article, and then we see and remember the following headlines.

• ‘Never Seen Anything Like It’: Cars Line Up for Miles at Food Banks

• Deep Economic Suffering Has Erupted All Over America, But Guess Who The Federal Reserve Is Helping?

Need I go on? The differences being seen between how the rich, the famous and the media are treated compared to how average citizens are being treated, is not a matter of what they have or do not have, but rather those with more and being given more rights, more testing, more than everyone else.

The bodies of those without means are being stuffed in the back of “dark, dirty, packed” trucks in NYC, while the famous are locked up in their million dollar homes lecturing  those that just want to get back to work rather than starve, about taking the virus seriously.

Almost like they have no clue that people can do both. One can take the COVID-19 pandemic very seriously while getting back on with their lives and taking the proper safety precautions while doing so.

While millions of Americans are basically locked in their own homes and yards, wearing gloves and masks when forced to go shopping or other essential needs, celebrities are jetting off to Paris wearing $50 Swedish face masks, offering their little tidbits of advice. 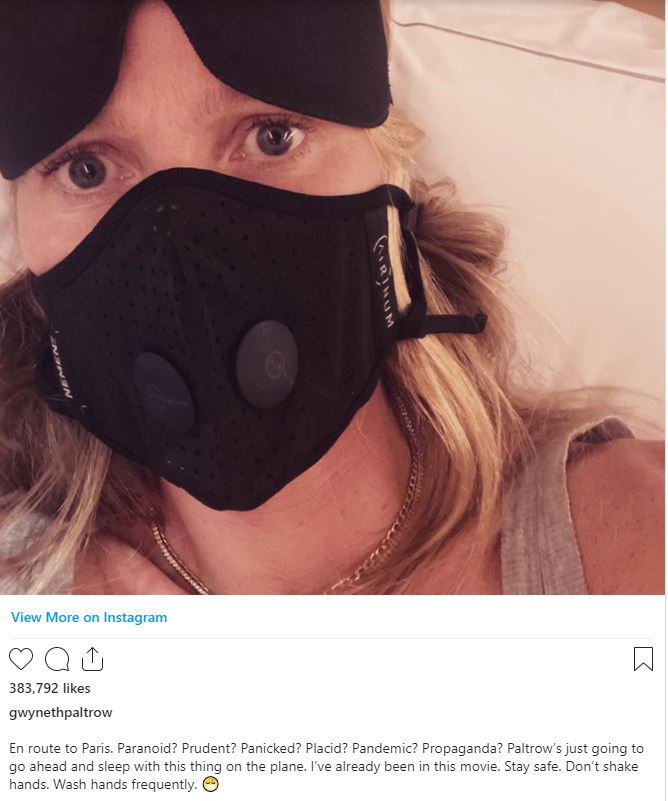 Using Paltrow, seen above,  as an example of a serious disconnect with us “regular folk” we see she joined the #allinchallenge which is raising money for @mealsonwheelsamerica, @nokidhungry, @wckitchen, @feedingamerica and @americasfoodfund.  Sounds good…. a worthy cause, until she explains what she is doing to help……hint, it isn’t donating any of her millions. No, it is “donating a dress I wore to the Oscars (and that holds great sentimental value!) which I will personally hand to you over a cup of tea or a glass of wine.”

Another way to look at it is that Paltrow is helping @mealsonwheelsamerica, @nokidhungry, @wckitchen, @feedingamerica and @americasfoodfund, by trying to get other peopleto donate their money to help the hungry.

Very generous of her (Yes, that was snark).