Democrats Attempt To Create Enough Chaos To Force The Socialist Agenda Onto The American People By John C. Velisek, US Navy, Retired – All News Pipeline

TDC Note – Socialism is nothing more than a misspelling of communism.

On the day after Easter, I found myself thinking about the prayerful Nancy Pelosi, and the hypocrisy of her words and actions since the COVID-19 was brought to our shores. It was in February that Pelosi and her cohort in the Senate Cryin’ Chuck Schumer were wringing their hands and proclaimed that “lives are at stake,” and something must be done. There were things done.

Our economy was shut down based on inflated numbers by the so-called experts, and the Trump administration played catch-up with the pandemic supplies that had been left bare. Two experts, Fauchi and Birx, were brought in and spoke of catastrophic consequences for the American people. Closed-door hearings in Congress were held to ensure that all the progressive socialists and media have the talking points needed to implant fear into the American people.

Prayerfully, Nancy Pelosi and her husband bought over $5 million of Amazon stock to add further to the ill-gotten gains in their portfolio.

In the beginning, President Trump attempted to downplay the fear caused by the media and the leftists. At the time, no one could consider just how badly the COVID-19 would affect the country. On February 24th, almost a full month after President Trump banned all flights from China, Pelosi stood in Chinatown and spoke of inviting large gatherings to celebrate the Chinese New Year. It was also at this time that Pelosi, the paragon of the rule of law, told people that they should not pay attention to the pandemic and ignore the President’s ban.

Deblasio, the socialist mayor of New York, spoke of going about your everyday life, and even Dr. Fauci spoke of ignoring the virus and that it was just another flu. All of these cowardly politicians and most of the leftists are praying that the death and destruction can be made worse, and can be used as a cudgel in their effort to defeat President Trump in November. These and other progressive socialist sycophants have blood on their hands. It was these leftists who have shown a lack of leadership, all for partisan purposes. 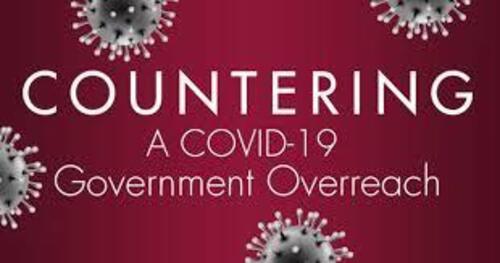 The progressive socialist are now planning on a “bipartisan” commission to investigate President Trump and his handling of the COVID-19 pandemic. This is being set up by the pencil neck Adam Schiff, and with baseless accusations, much like the Russian scam collusion and sham impeachment. But let there be no doubt, Schiff will once again play the part of Grand Inquisitor and use more lies in a further effort to damage this administration. The abortion loving Catholic Pelosi has also set up a House inquisition to be led by James Clyburn, who has already stated they must use this crisis as an “opportunity to restructure things to fit our vision.”

In essence, what this means is to push all the pork spending and socialist policies on the backs of suffering citizens. Progressive socialists like Chuckie Schumer have already started the talking points by blaming the federal government for not being prepared for this pandemic, ignoring the fact the states are responsible and should have been ready. They had enough money to give benefits to illegal aliens and refused to work with the federal government. They had enough money ($700 billion) to spend on a defunct solar company but had no money for the citizens of the state they are sworn to protect.