Is Your Skin ‘Fizzing’? Absolutely Bizarre Symptoms Of Covid-19

Is Your Skin ‘Fizzing’? Absolutely Bizarre Symptoms Of Covid-19 By Stefan Stanford – All News Pipeline

Over the past several months researching and writing about coronavirus, we’ve run across and reported on numerous different ‘oddities’surrounding this ‘pandemic’ and ‘virus’ and we came to the conclusion long ago that the American people will likely never learn the truth about covid-19. Whether it is a Chinese bioweapon that ‘leaked out’ of a Wuhan lab, a creation of the ‘deep state’ here in America to lock down America, collapse the economy and end President Trump’s chances of 2020 re-election or simply ‘natural’, (the most unlikely of those choices in our opinion), the latest reports we’ve gotten give huge credence to what R.X. Kendrick had reported in this April 8th ANP story, that covid-19 is somehow tied to the rollout of 5G.

As the NY Post reported in this April 10th story, nearly half of severe covid-19 cases have also shown neurological symptoms including dizziness, headaches and impaired consciousness. And with the Daily Mail reporting in this April 11th story that another very strange symptom people are reporting has been a sort of ‘fizzing’ or ‘buzzing’ or ‘electrical feeling’ upon or underneath their skin, we couldn’t help but noticing that all of those ‘symptoms’ are also symptoms of microwave illnesses from 5G as we hear in the 1st video at the bottom of this story from WatchWoman65 and read in this recent story over at Now The End Begins.
As that story reported, those ‘side effects’ are being reported by patients sharing their symptoms on Twitter and with “fizzing” definitely one of the most mysterious marks of the illness, doctors on the frontlines of treating the illness tell The Post it may be one of the last sensations patients feel as their bodies fight the disease. Though as their story also reported, as more and more patients share the effects of the illness online, many are finding they have the strange new symptom, too: One patient, @miafia, who felt the sensation since the first day of her symptoms, described it as “an electric feeling on my skin.”

With the mainstream media wasting no time at all with numerous reports attempting to ‘debunk’ this new ‘conspiracy theory’ about 5G being somehow tied to coronavirus reminding us that when the independent media has been directly over the target, outlets such as the NY Times, Forbes, Reuters, CNET, the Washington Post and others soon ‘gang stalk’ the theory, we have to ask, what is really going on with so many symptoms of coronavirus aligning with symptoms of 5G and now, the mainstream media going ‘all in’ attempting to ‘kill’that theory? No doubt the American people are still not being told the truth about covid-19. 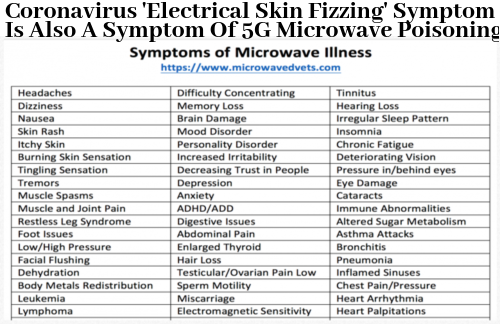 The chart above comes to us from Jeanice Barcelo – http://www.radiationdangers.com/5g/is-the-coronavirus-actually-microwave-illness/

With the 5G network being built across America using the same EMF waves as the Pentagon’s crowd control systems, as we had reported on ANP back in January of 2019, the website ‘Electric Sense’ had put out a must-read list of 11 dangers of 5G radiation quite some time ago and those dangers still apply today. From that story.

#1 – A DENSER SOUP OF ELECTROSMOG: We’re going to be bombarded by really high frequencies at low, short-range intensities creating a yet more complicated denser soup of electrosmog.

#2 – EFFECTS ON THE SKIN: The biggest concern is how these new wavelengths will affect the skin. The human body has between two million to four million sweat ducts. Dr. Ben-Ishai of Hebrew University, Israel explains that our sweat ducts act like “an array of helical antennas when exposed to these wavelengths,” meaning that we become more conductive. A recent New York study which experimented with 60GHz waves stated that “the analyses of penetration depth show that more than 90% of the transmitted power is absorbed in the epidermis and dermis layer.” The effects of MMWs as studied by Dr. Yael Stein of Hebrew University is said to also cause humans physical pain as our nociceptors flare up in recognition of the wave as a damaging stimuli. So we’re looking at possibilities of many skin diseases and cancer as well as physical pain to our skin. 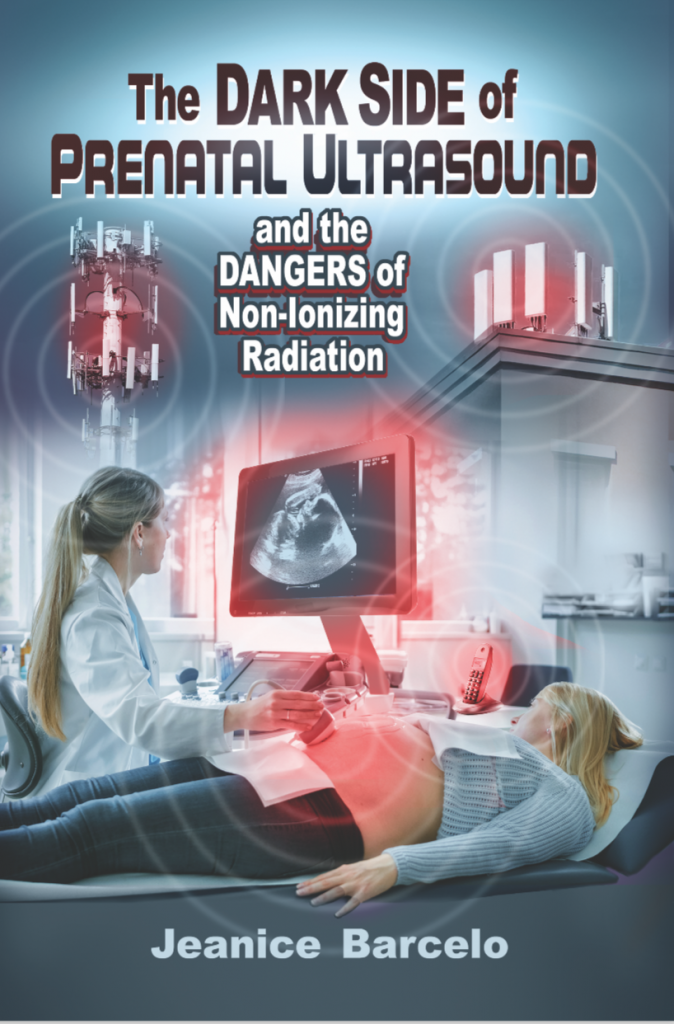 Friends, I am happy to announce the release of my latest book, The Dark Side of Prenatal Ultrasound, which is now available in paperback and can be purchased on Amazon here.