“It was a brilliant play at America’s weakest moment perhaps since the Great Depression, perhaps ever. A moment Putin had been waiting for since stepping into the world’s second most powerful position.”

Last September the Fed was forced to acknowledge a new systemic problem surfacing in the overnight lending markets. These are the same markets that collapsed the system in 2008 but a slightly different issue. This time the system literally ran out of cash due to an enormous amount of leverage cheered on by US economic policy. And so began the latest financial bailout. It began with $75 billion in cash injections, and moved up to $100 billion at the end of 2019, then $500 billion and now unlimited. But the problem doesn’t seem to be going away, it seems to be getting worse. 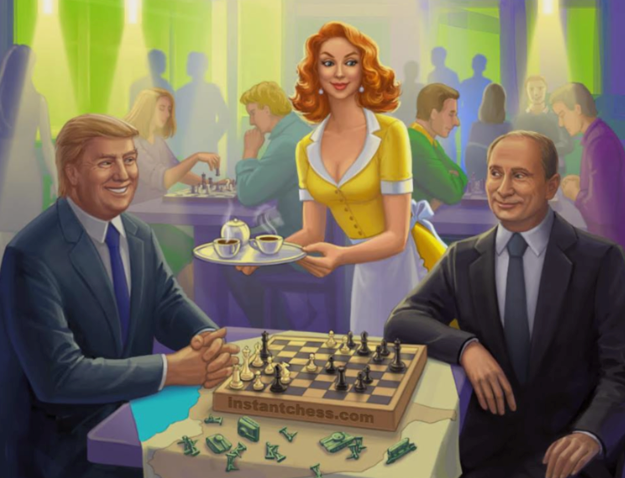 With the repo market implosion accelerating in early 2020, the Covid-19 pandemic also began creeping into our lives. By mid-January the virus had China spiraling into the abyss and with it, the oil market due to factory shut downs. We saw an initial drop in oil price from $60 to $50 during the second half of January. By the end of February it found a bottom at $45 with a small rally into the first week of March on the hopes of an oil production slow down.

At this point let’s step back and look at the global landscape. As the US spent the last 12 years leveraging up, Russia has been the largest buyer of gold and the biggest seller of US Treasuries. So while Russia was strengthening its financial wherewithal, the US had doubled its Debt to GDP, the Fed increased its balance sheet by 95% to $4 trillion, the US financial system was literally running out of cash due to over-leveraging, and the nation was succumbing to a state of mass hysteria not seen since 9/11.

On March 6, 2020, OPEC called on Russia to coordinate an oil production slow down in an effort to stabilize oil prices. All expectations were that a supply reduction would be agreed upon and the price of oil would stabilize. However, Putin had other ideas. This was the opportunity he had been waiting patiently for in a chess match that spanned several White House Administrations. He was ready to launch a Muzio Gambit, willing to sacrifice some assets for a strike at the heart of American strength, the US dollar. The energy markets were always going to be the weapon of choice when the timing was right.

Russia and Saudi Arabia can produce oil at around $20 per barrel, while US shale production costs average around $46 per barrel. And so Saudi Arabia and Russia can live with sub $30 oil for quite some time. Comparatively, the US energy sector will collapse very quickly with sub $30 oil unless banks and hedge funds are willing to lend more dollars. But America has run out of dollars.

And so when Putin shocked the world on March 6 by denying OPEC a supply reduction and thereby baiting the Saudi’s into an oil price war he was sticking a pin in America’s decade long “Everything Bubble”. It was a brilliant play at America’s weakest moment perhaps since the Great Depression, perhaps ever. A moment Putin had been waiting for since stepping into the world’s second most powerful position.