‘It’ Is Hitting The Fan Now – Prepping Time Is Over, It Is Time to Shift Into Prevention & Protection Mode

‘It’ Is Hitting The Fan Now – Prepping Time Is Over, It Is Time to Shift Into Prevention & Protection Mode By Susan Duclos – All News PipeLine

– It Is Too Late to ‘Start’ Preparing

Those that have been preparing for years, or even decades for a worst case-type scenario like grid down, EMP, food riots, economic collapse, etc…… are most likely in very good shape to ride out the COVID-19 storm for a few months if necessary, all within their own homes, yards and space.

Others: Not so much.

When news of the coronavirus first started being reported, Independent Media recommended keeping your eye on the story, just in case. By the time China finally admitted to the severity of the virus, it had already started spreading, and then Independent Media started recommending that those that weren’t preppers, start, and those that were preppers, top off their supplies.

Many did just that, as emergency survival food companies started getting slammed with orders, and soon ran out of stock. There are still notes on most of them, phrased differently, but saying the same thing… we are taking orders but they won’t be shipped for at least a month or three or more, as the note over at My Patriot Supply clearly shows in the screen shot above.

Fortunately many of our readers have been preparing for the possibility of hunkering down, so many of them are in very good shape to ride out what is happening, but others, for whatever reasons are not, and waiting three months for food is not an option.

We in the Independent Media started trying to find foods and supplies for our readers in other places, like Amazon, where some sellers still had some stock. Then they ran out of some of the most sought after items.

So we started recommended substitutions, ways to improvise, with much input from our readers, offering their advice, experience, tips and resources to help.

Which brings us to present day…… where we are no longer looking at a possibility of “it” hitting the fan, it has already hit and now it is time to utilize those pre-preps to survive. 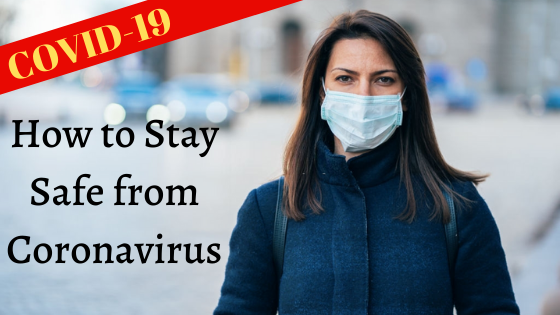 Recent reports show the COVID-19 coronavirus can live on fruits and vegetables from your grocery store. The recommendations are to wash them with soap and water before using.

Many people grab and inspect several fruits and vegetables at the grocery store, but an instructor at Florida Gulf Coast University confirmed COVID-19 can live on these items.

Felicia Goulet-Miller is an instructor of microbiology at FGCU and said if someone were to sneeze or touch their nose then food, COVID-19 could live on that item for several hours. Then if another person were to touch it and them their face they could become infected.

Many Independent Media articles started suggesting staying at home, long before the local and state governments were issuing stay-at-home orders, in an abundance of caution.  The healthy started self-quarantining in order to stay healthy, especially after watching how irresponsible many Americans, and the establishment media became part of the problem, rather than part of the solution.

So, we figured for those that were able, ordering products online rather than going out where groups of people gather, such as grocery stores, unless absolutely necessary, would be the way to go. A few precautions in order to not interact with those delivering the products, and some safety measures and we are limiting the ways we could get exposed.

Well, now we see that Amazon workers in no less than 10 warehouses and fulfillment centers, have tested positive for coronavirus.

Amazon workers in at least 10 U.S. warehouses have tested positive for coronavirus, marking an escalation at the company that could endanger the health of its workforce as well as its ability to deliver food and other household staples to millions of Americans unable to leave their homes. The first case was reported last week at a facility in Queens in New York City. There’s now a second case in New York at a Staten Island facility. The company told workers on Tuesday that someone had tested positive for coronavirus, but hadn’t been to the facility since March 11, according to an employee who spoke with reporters.

Amazon employees have also tested positive for the virus in at least eight other warehouses across the nation—in Brownstown, Michigan; Jacksonville, Florida; Joliet, Illinois; Katy, Texas; Moreno Valley, California; Oklahoma City; Shepherdsville, Kentucky; and Wallingford, Connecticut—according to Amazon employees, spokespeople and local news coverage. The company has temporarily closed some of these facilities in response.

With different reports on the length of time the coronavirus can live on surfaces, there are some important safety measures folks should be taking before bringing anything from the outside into their homes.